The exceptional geographical position and the enormous potential for surveillance was the reason why the structures of the castrum – or castle – of “Sanctae Mariae que dicitur ad Montem” (‘which is called the castle of Saint Mary on the Hill’) were built on the hill. There is evidence of the existence in 906 of “porte et posterule ille de ipso castello” (Late medieval Latin: gates and posterns in the castle itself), while in 915 some houses appear to have been built up against a tonimen, which was a fortified enclosure whose main feature was a high palisade of strong wooden trunks, arranged around the oraculum (altar) of Santa Maria, attested to since 787 AD.

Originally a fief of the Bishops of Lucca, the castle was sold in 1952 to the City of Lucca, which bore the cost of restoring the structures of the redoubt in stone and limestone. Following the downfall of the Guelphs at Montaperti in 1260, the fortification passed under the control of Pisa. But then, following varying fortunes, it was again returned to Lucca in 1320 after having been stormed by Castruccio Castracani, who held it, however, for only a brief period. In 1327, as Giovanni Villani tells us in his Croniche, it was then seized by Florence, which proceeded to restructure the fortifications in the years following.

The castle of Santa Maria a Monte is for the most part preserved in its original urban layout with its singular and original configuration in a spiral, or – to be more precise – tangent circles ending in a single point, which reveals the presence of three circles of walls, with polygonal Rocca (citadel or fortification) atop a high steep crag looming over the settlement. Three surviving quadrangular towers were part of the city walls: the north-east tower, the current bell tower of the Collegiate Church, and the asylum tower to the west. 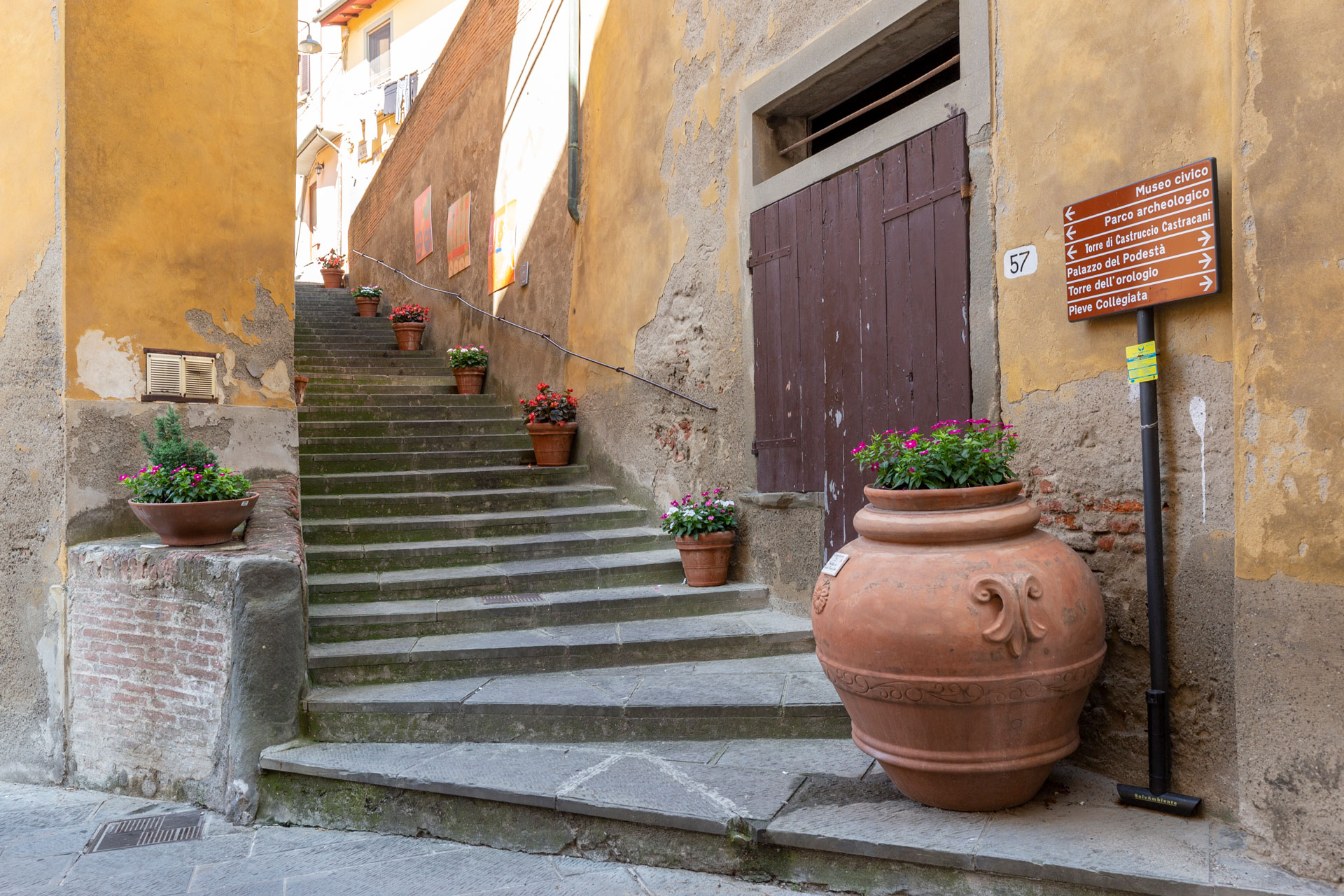 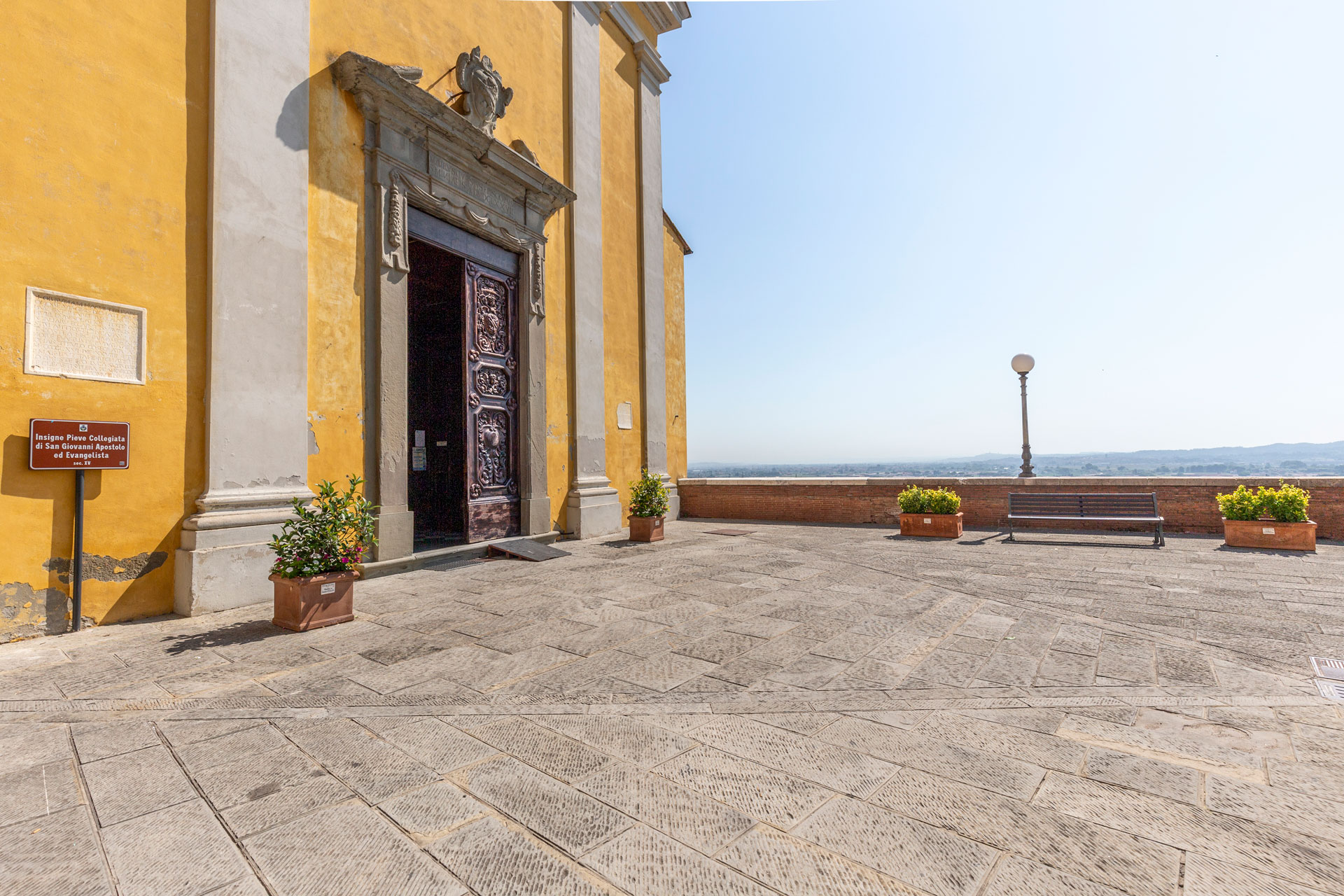 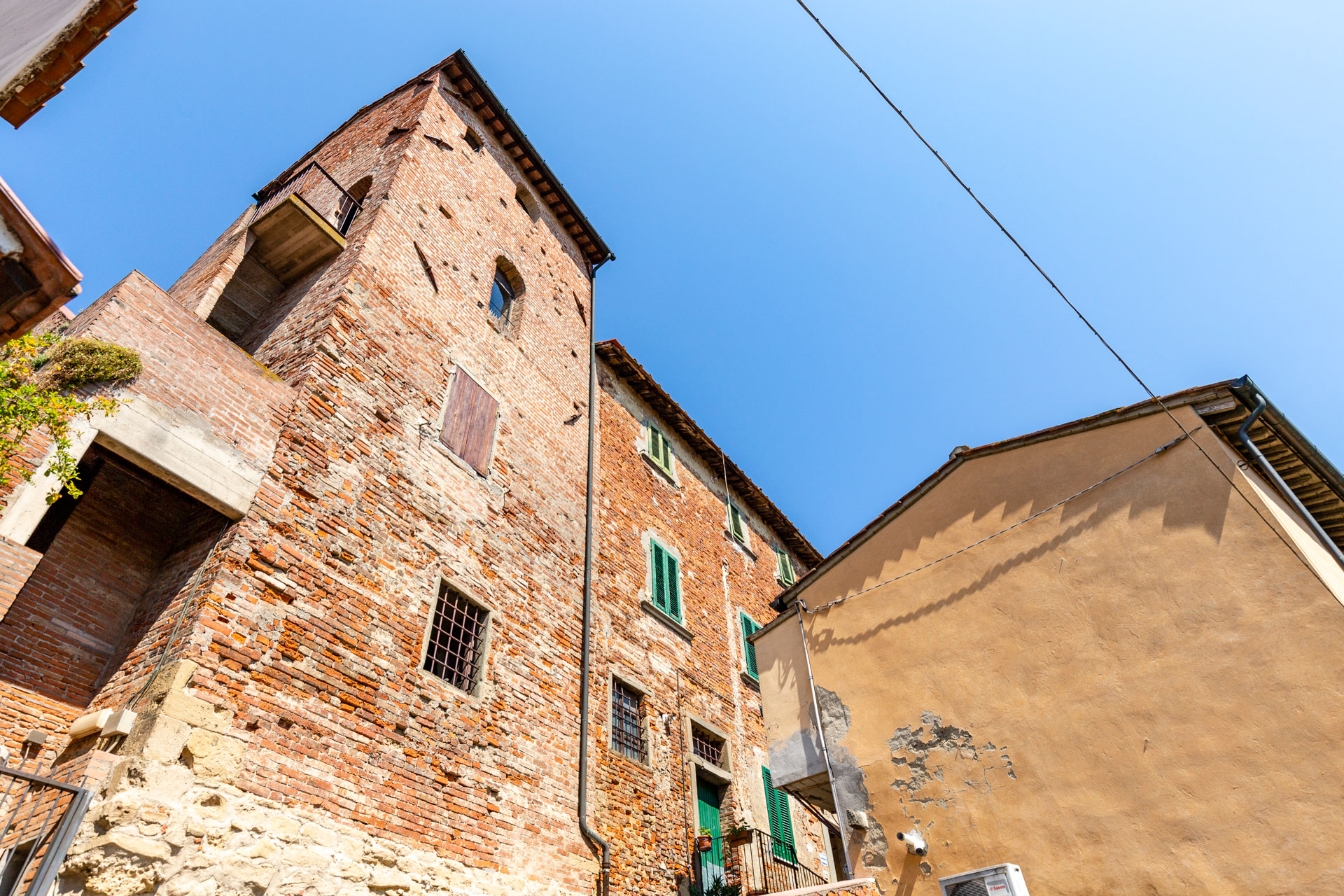 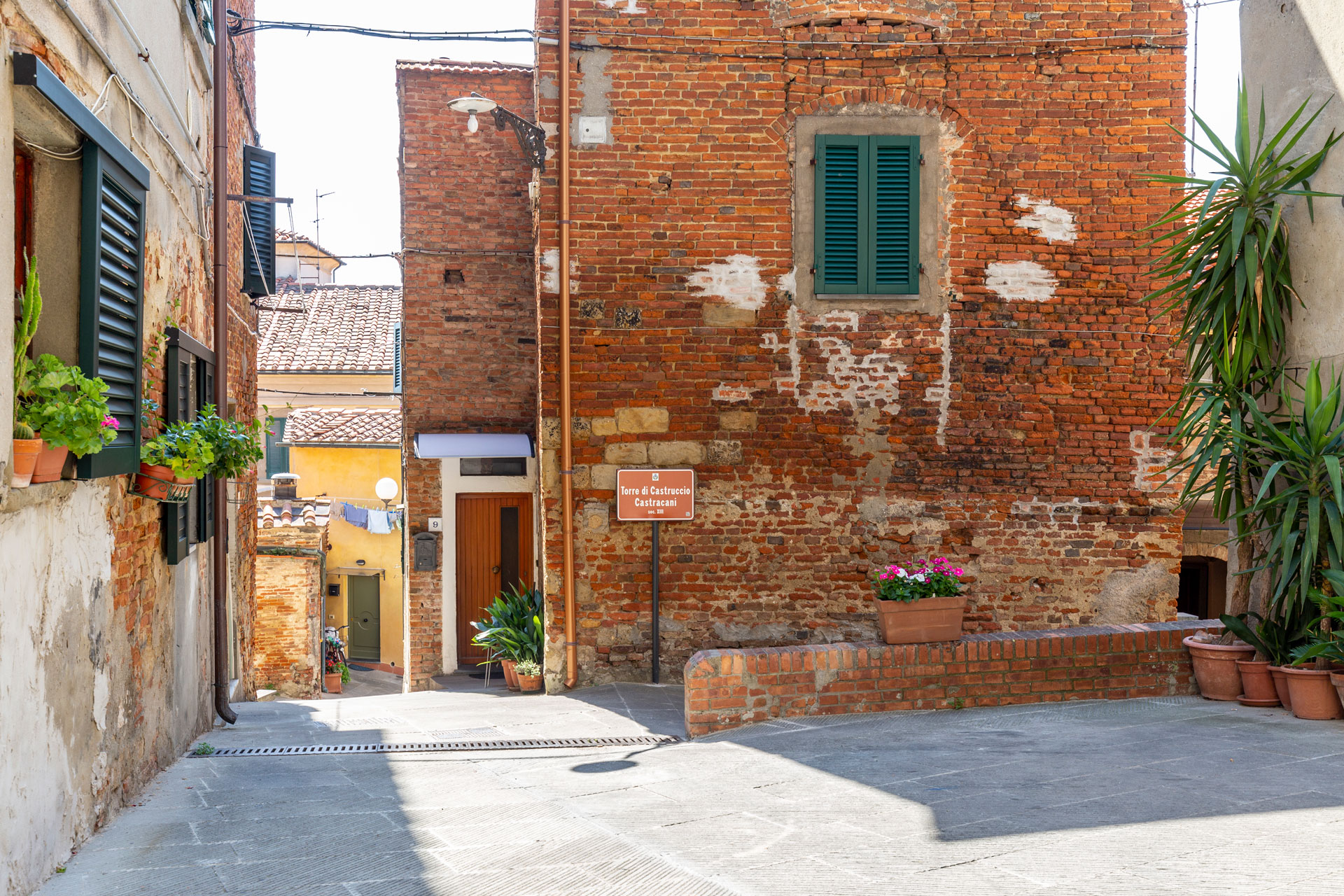 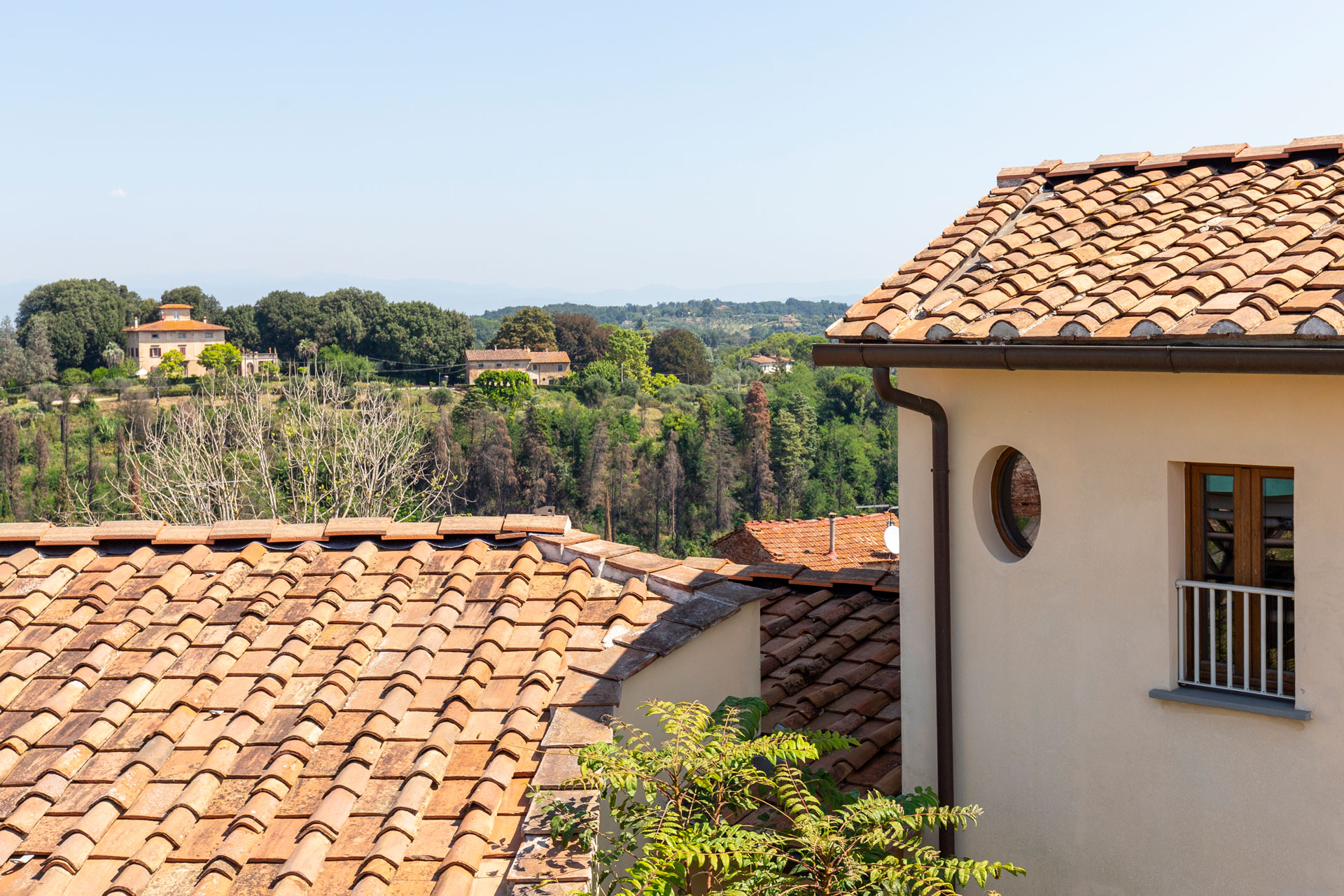 Turned into a museum in November 2003, this is the house where the Carducci family lived from 1856 to 1858. At number 29 Via Carducci, now Via Renaio, lived Doctor Michele, the village surgeon, together with his wife Ildegonda Menicucci and their two sons, Dante and Valfredo… The archaeological excavations carried out on the Rocca fortress since the mid-eighties of the 20th century have revealed a real “palimpsest”, on which there were numerous phases of construction typical of the site’s historical development… The exhibition rooms of the Civic Museum “Beata Diana Giuntini” are part of a building connected to the La Rocca Archaeological Area. The museum is a place welcoming both connection of the local community with its past traditions and all those testimonies recorded in the archaeological finds on display without which it is impossible to understand local history…