Turned into a museum in November 2003, this is the house where the Carducci family lived from 1856 to 1858. At number 29 Via Carducci, now Via Renaio, lived Doctor Michele, the village surgeon, together with his wife Ildegonda Menicucci and their two sons, Dante and Valfredo. The eldest son, the poet Giosuè, was Rhetoric master at the Liceo Ginnasio (High School) in San Miniato and, given the proximity of the two centres of Valdarno, he often returned home to his family, walking the 18 km that separated the two villages so that he could live his life in the village.

In homage to his sojourn on the ”fiorita collina tosca or, ‘flower-adorned Tuscan hills’, as the poet puts it in his famous verses, we have the correspondence between Michele and the Town Hall of Santa Maria a Monte, now preserved in the Municipal Historical Archive on the second floor. While a doctor at Piancastagnaio (on the slopes of Monte Amiata), Michele came to learn of the ‘vacancy’ of a medical post by reading an advertisement published in the Monitore Toscano newspaper. Thus began his correspondence with the Gonfalonier of Santa Maria a Monte, to whom, in a letter dated 1 January 1856, he refers to wanting to remove himself from the “cold of Monte Amiata”.

In was in this house that the tragedy of the Carducci family took place: it is said that Michele, during one of their umpteenth quarrels, struck his son Dante with a scalpel, killing him, on 4 November 1857. It was made to look as if Dante had committed suicide, while Michele died a few months later on 15 August 1858 – backing up the theory that this had been a case of murder. Both were buried in the old cemetery, in the current Literary Park near the Campo della Rimembranza, in via delle Grazie.

The house has hosted since 2007 the “Tenero Gigante” (Gentle Giant) collection by Antonio Possenti, who dedicated his paintings to the poems of the great Giosuè. Typically in a style suspended between dreamy outlook and meticulous attention to surrounding reality, the works frame Carducci from a particular angle, from which there emerge his family affections, love, and intimate vision of nature. 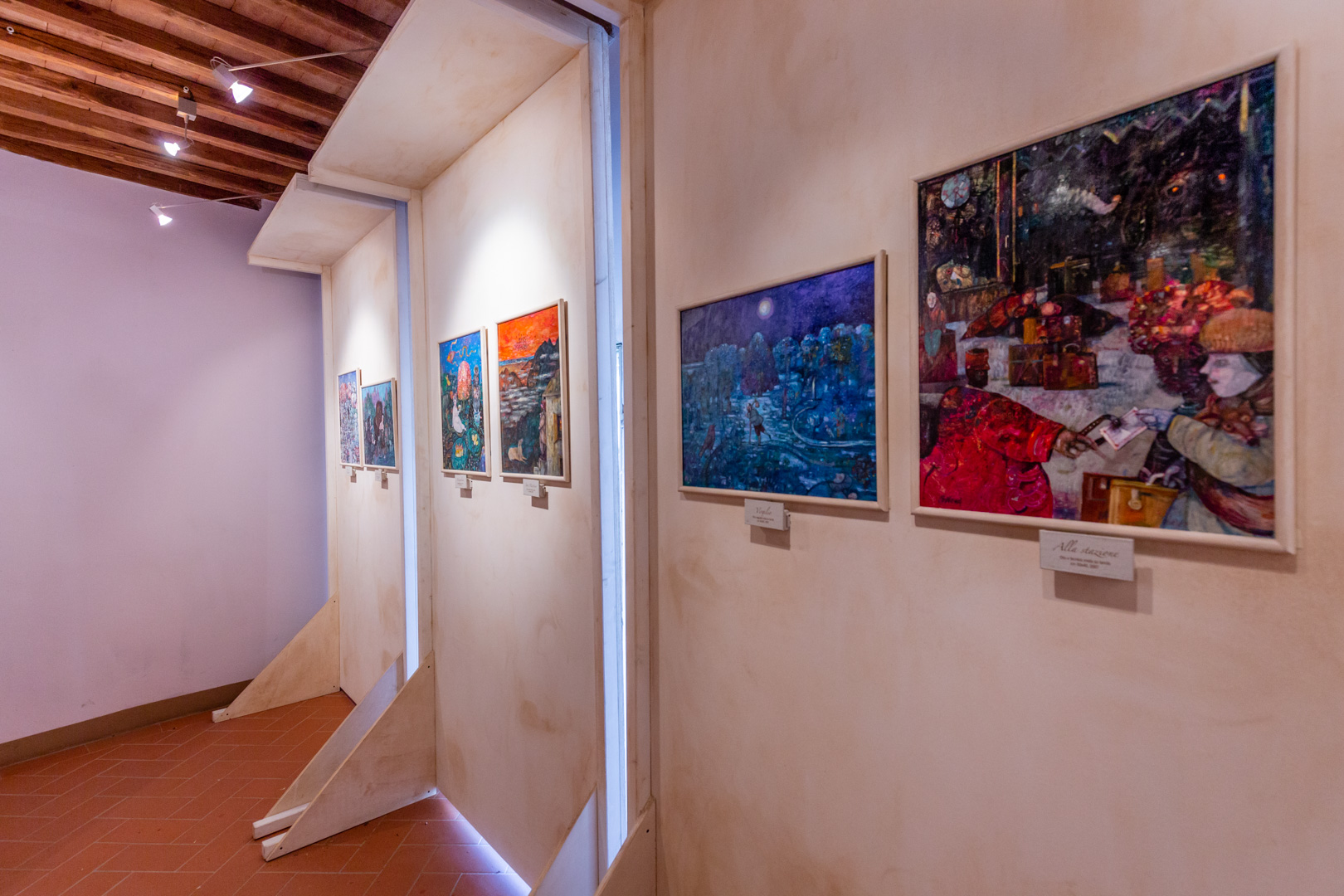 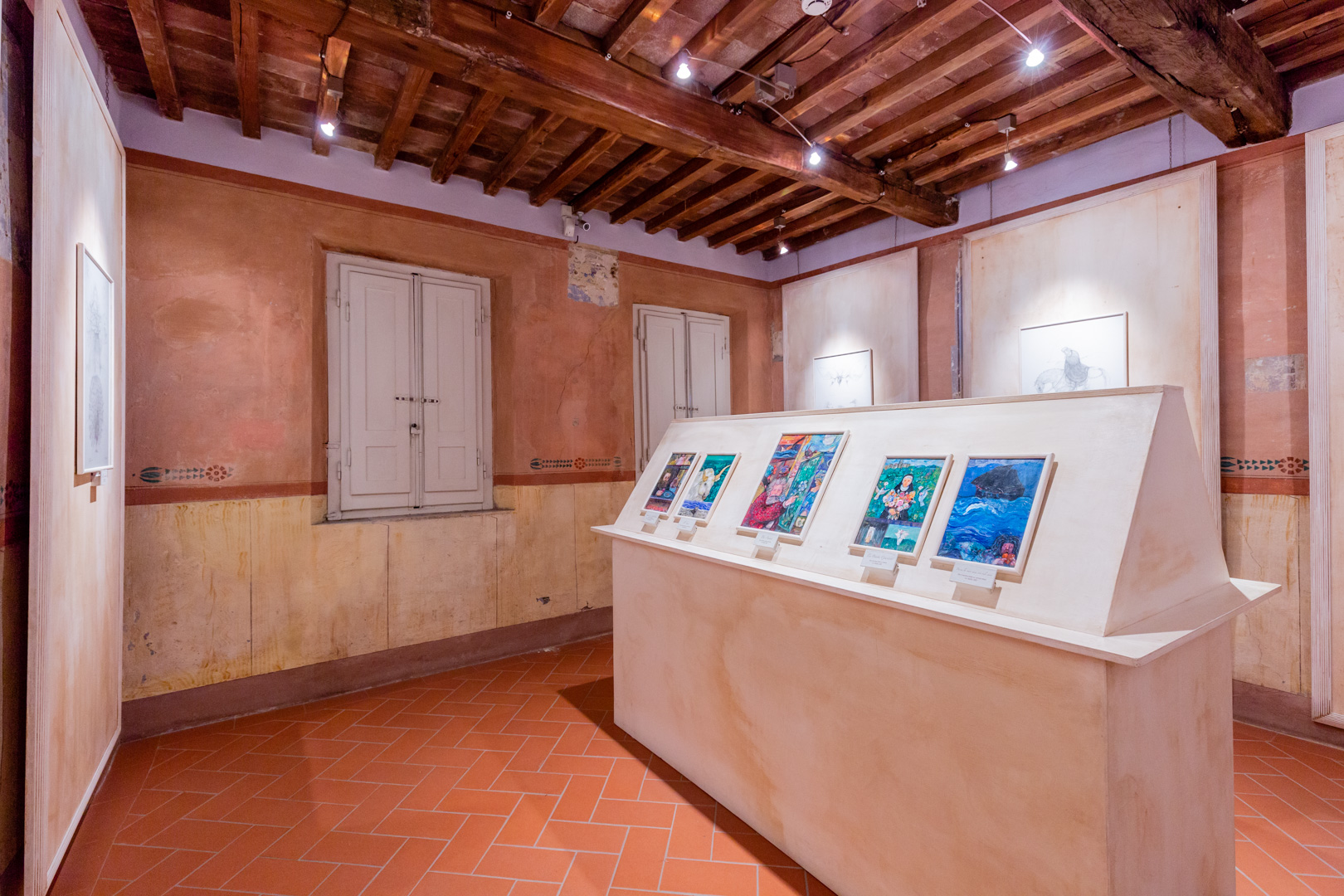 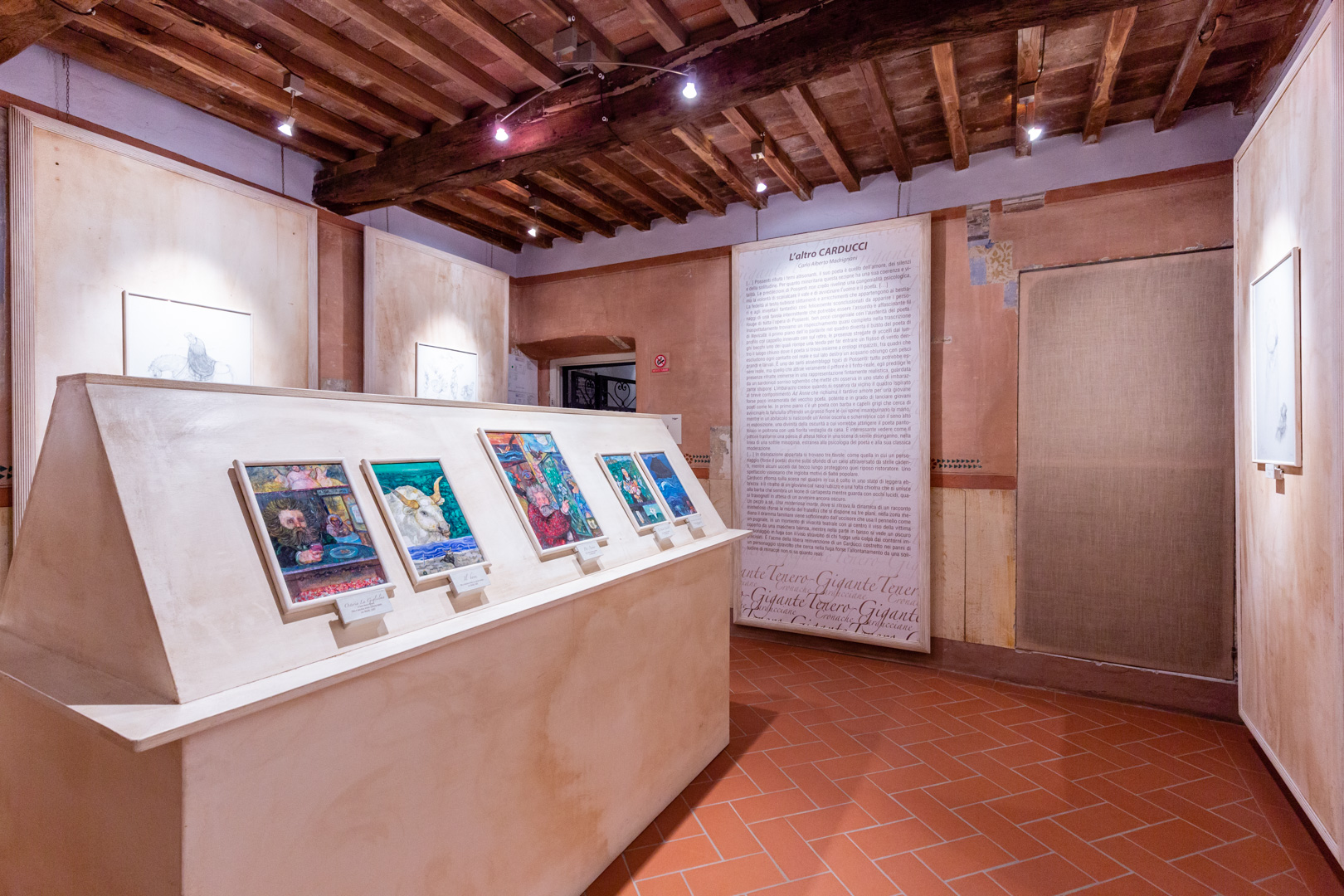 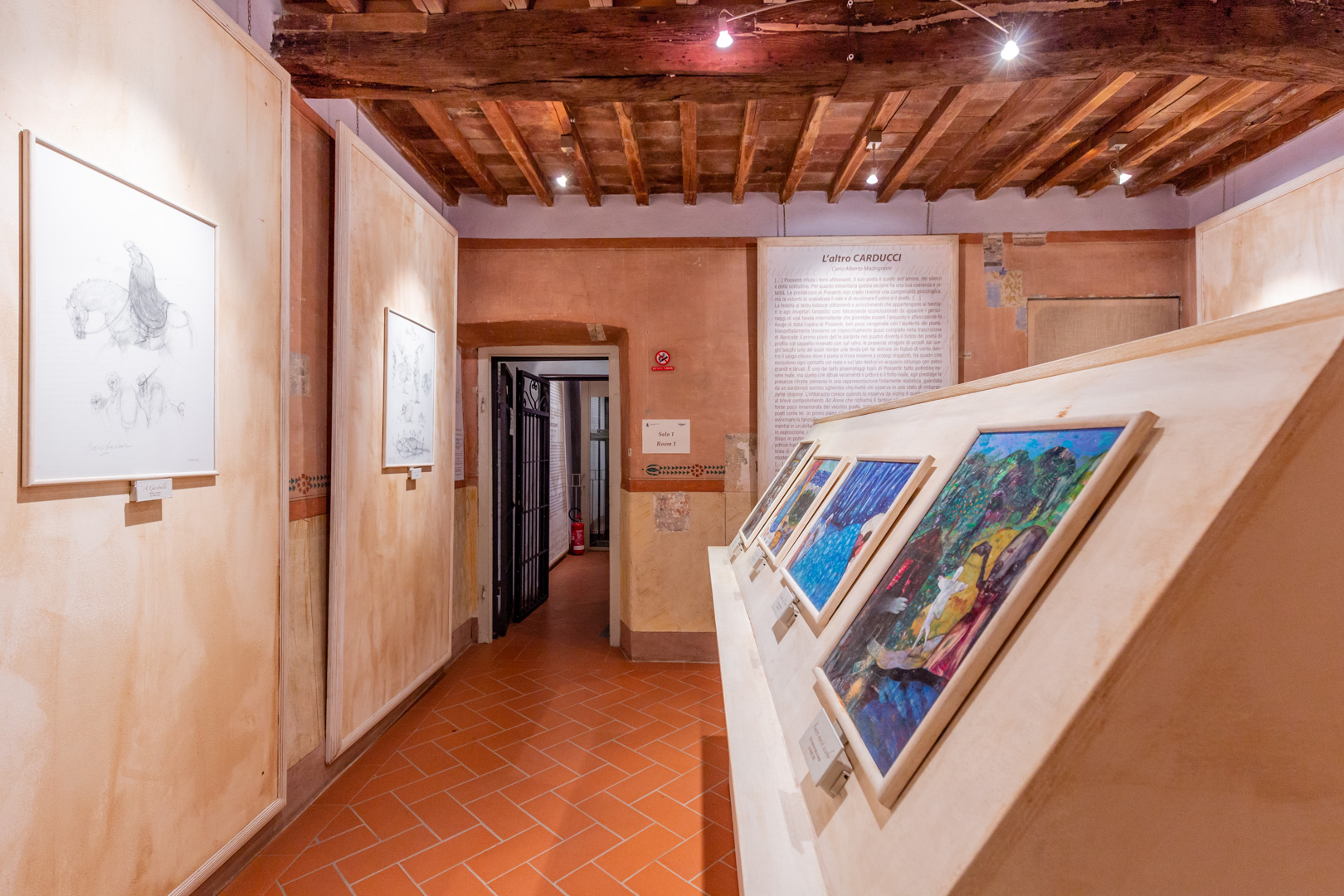 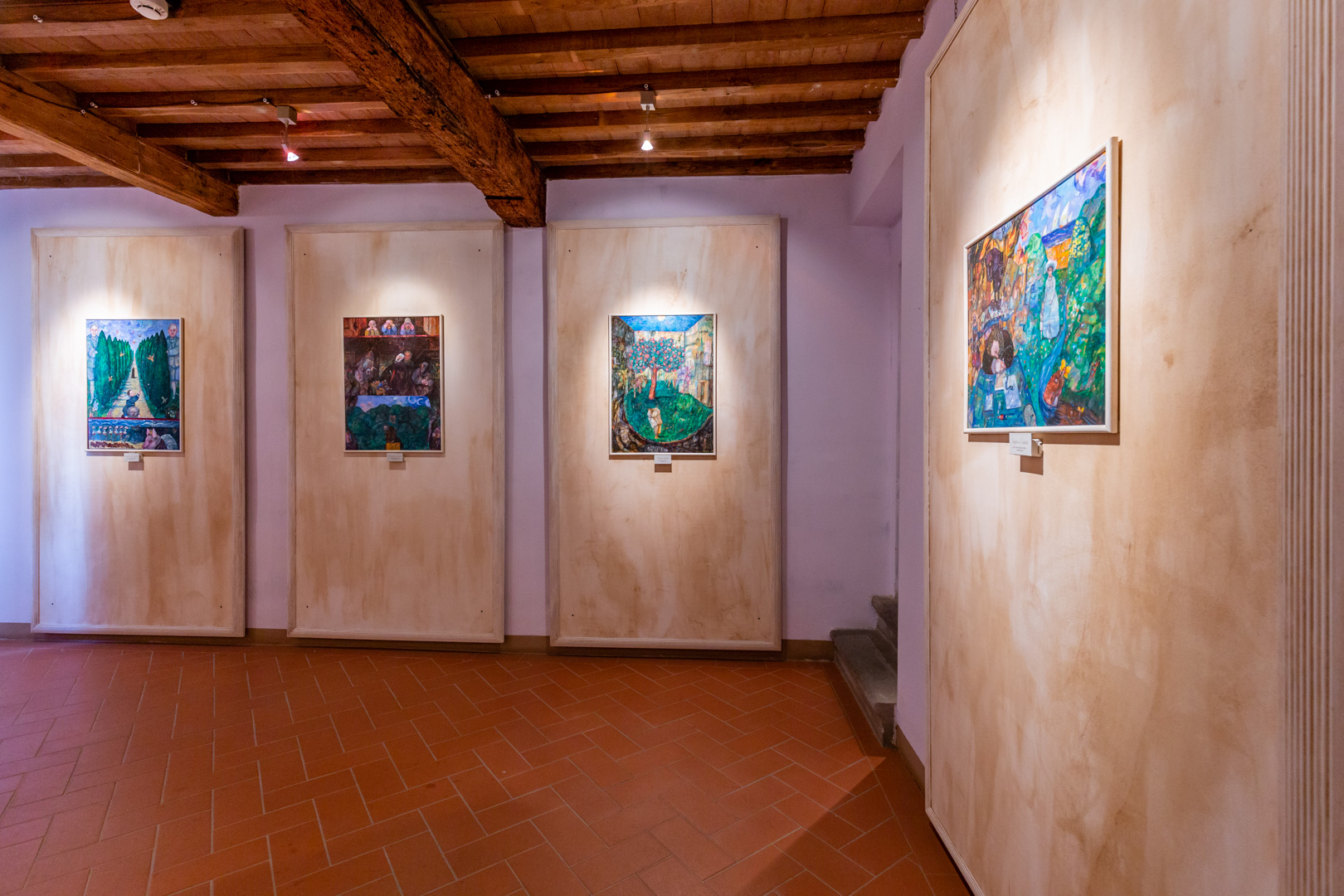 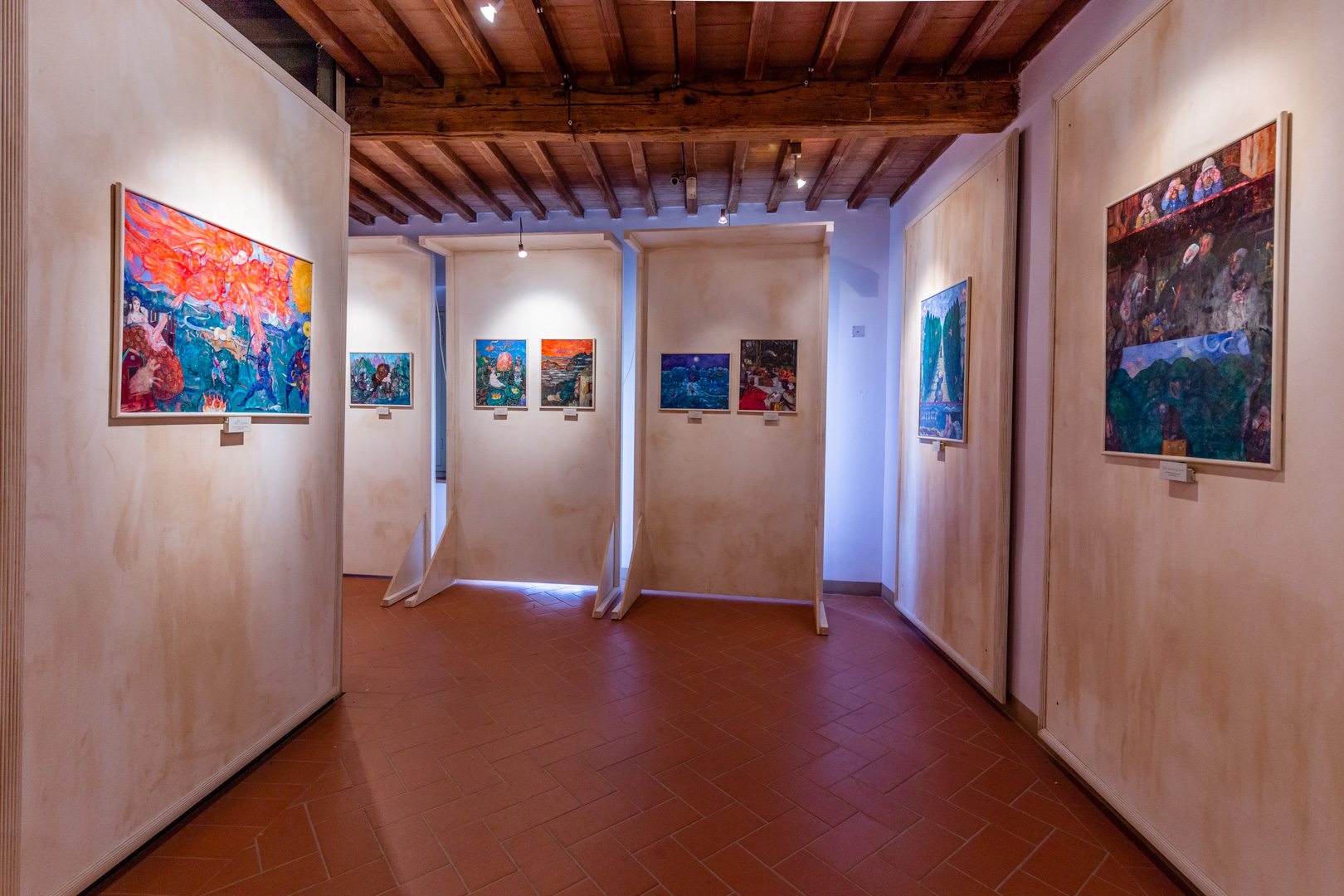 Inside the “Casa Carducci” Museum, there is also the Municipal Historical Archive, while a few steps away visitors can enter the Library, where the remains of the second wall of the ancient castle and a medieval cistern of the 13th century can be seen…

On the second floor of the “Casa Carducci” Museum, there is also the Pre-Unification Historical Archive of the Municipality of Santa Maria a Monte, which preserves registers and folders from the middle of the 14th century until 1861.

A few meters from the Museum “Casa Carducci” is the Municipal Library, through which visitors can access the beautiful underground tunnels and a medieval cistern used for collecting water (still present today) and already mentioned in the Statutes of the Community of 1391.

Via Carducci, 29 – Santa Maria a Monte