Traces of human presence in prehistoric times have been found throughout San Miniato and its environs at various places, including in Paesante where the remains of a village from the Bronze Age were found. There are also documented Etruscan settlements and then, in the 2nd and 1st centuries BC, the area fell under Roman rule. During this period road links, in particular, were strengthened. The most significant of these was the Via Quictia (Florence-Pisa), itself partially an Etruscan road, whose route followed the course of the Arno up to Pisa and connected with the Via Aurelia.
There are the vestiges of new settlements following the fall of the Roman Empire with the arrival of the Lombards, who built in Loco Quarto a church dedicated to San Miniato. San Miniato had only one serious rival in the territories on its borders and that was San Genesio, a village of Etruscan origin located near the intersection of two major Roman roads (Via Francigena and Via Quinctia), which San Miniato succeeded in overwhelming and destroying permanently in 1248 relying on its alliance with the Germanic Emperors. At the beginning of the 13th century, Frederick II fortified San Miniato, which, for the entire century thereafter, ruled over a vast territory and was able to count on its alliances with a large number of castles. Between 1200 and 1260 San Miniato was protected by three fortresses: Colline, Poggighisi and San Martino or Faognana. The Castelvecchio ‘quartiere’, or quarter, was bounded by city walls and dominated everything – a feature of the city’s layout that would later lead to the division of San Miniato into the areas known as the Terzieri (Castelvecchio, Poggighisi, and Fuor di Porta). This period witnessed a huge upsurge in building development which gave rise not only to a large number of sacred buildings (churches and convents) but also to many hospitals such as Spedale De Le Colline, Spedale Della Croce, and Spedale Di San Martino).  San Miniato’s ascent was largely due to its alliance with the Germanic emperors, who elevated the city to the status of headquarters of imperial administration (and of tax collection). Once emancipated from imperial rule, San Miniato became a free commune and gave itself its own Statutes. San Miniato was a heavily fortified castle but Florence, driven by its search for an outlet to the sea, rapidly extended its power and influence and managed by a blend of diplomacy and force to raze or absorb many of the castles in the San Miniato area. After the plague of 1348, Florence was eager to deal with the obstacle that was San Miniato which stood between her and Pisa, or, in other words, access to the sea. After several diplomatic and military attempts to stifle the uprisings of people of San Miniato, Florence finally occupied the city in 1369, after which, in 1370, San Miniato signed an unconditional peace treaty with Florence. In 1622, San Miniato was for the first time elevated to the status of a city and then that of a diocese as a result of the intervention of Archduchess Mary Magdalene of Austria, widow of Cosimo II de’ Medici and regent for her son Ferdinand II. Throughout the 18th century, successive bishops began construction and restoration of many sacred buildings, adapting them to the Baroque style, including the Church of Ss. Crocifisso, whence the wooden Crucifix, an object of popular veneration, was moved, and which is now held in the Oratory of the Palazzo Comunale. The arrival of the Habsburgs of Lorraine was also a key part of the development in terms of town planning and architecture. San Miniato became headquarters for the district’s prisons, courts, and schools in the 19th century, but as the century progressed it went into imperceptible but progressive decline. 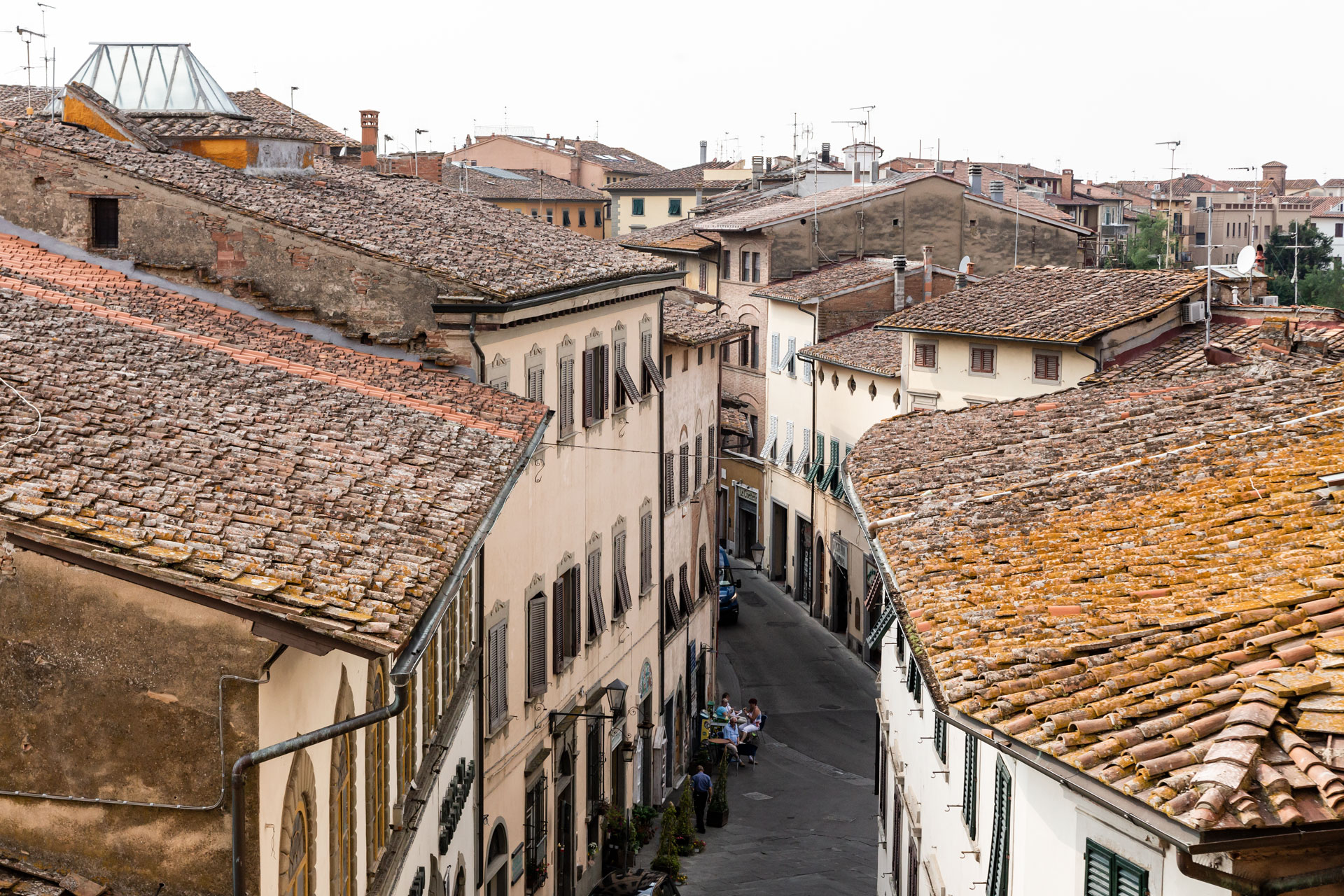 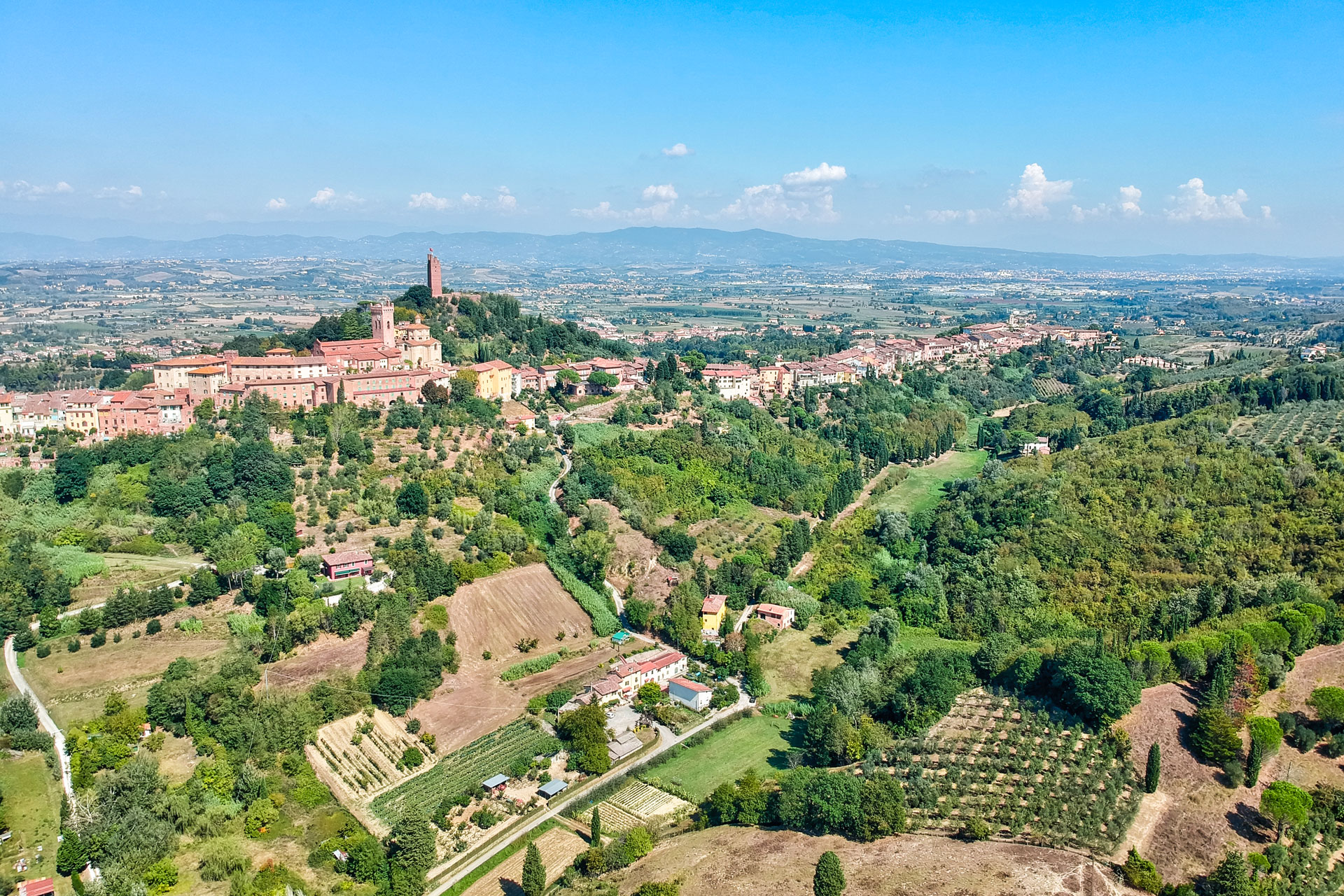 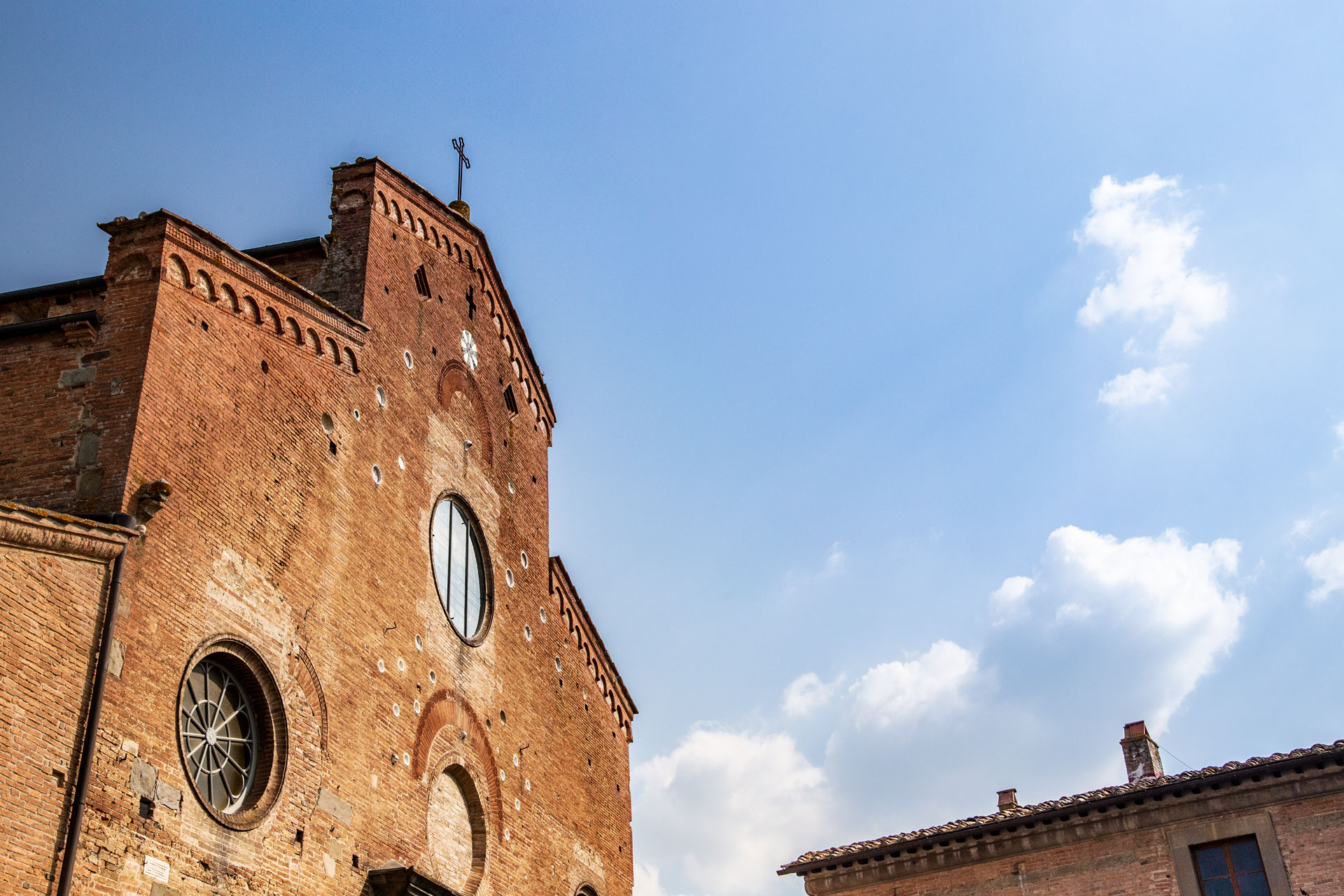 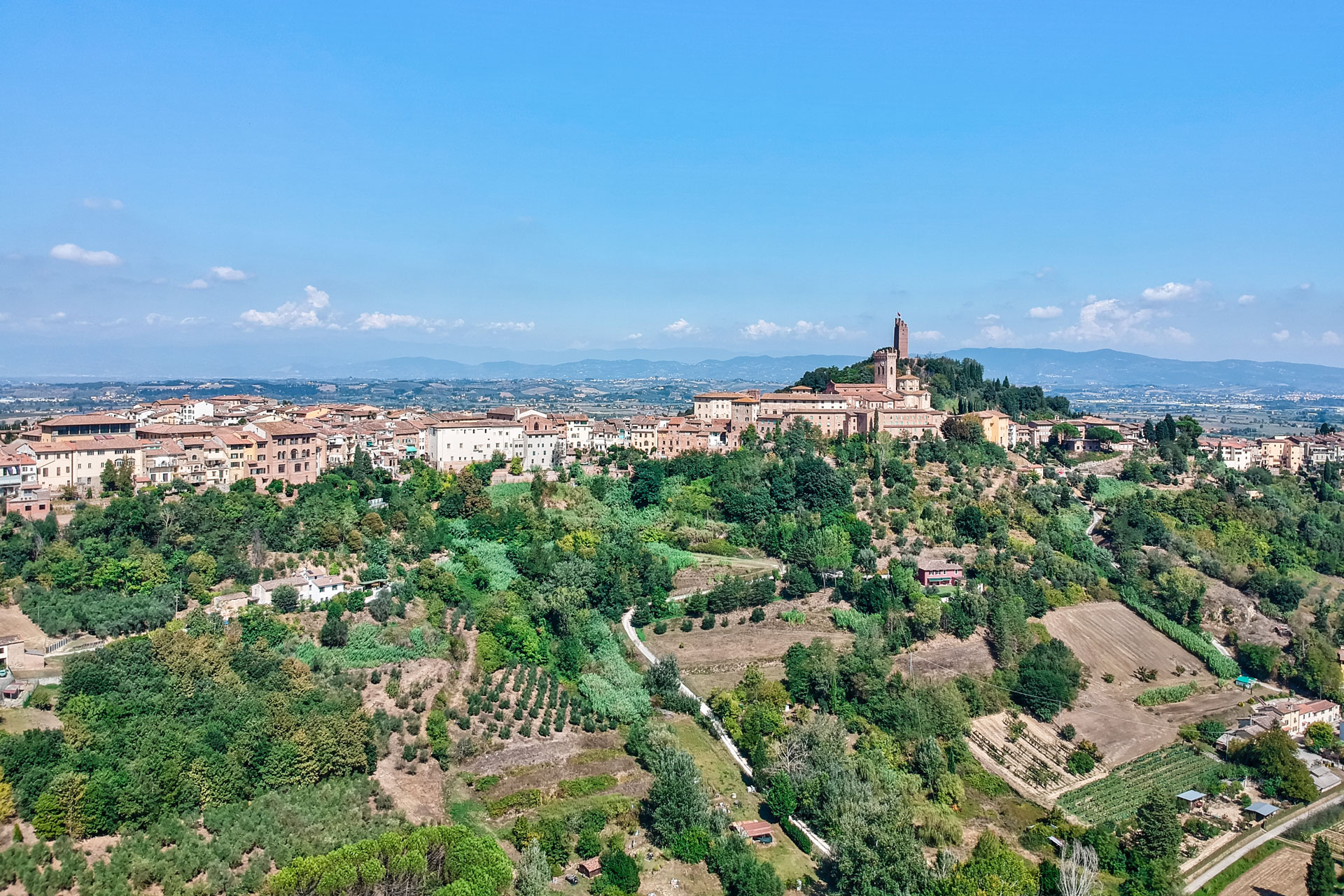 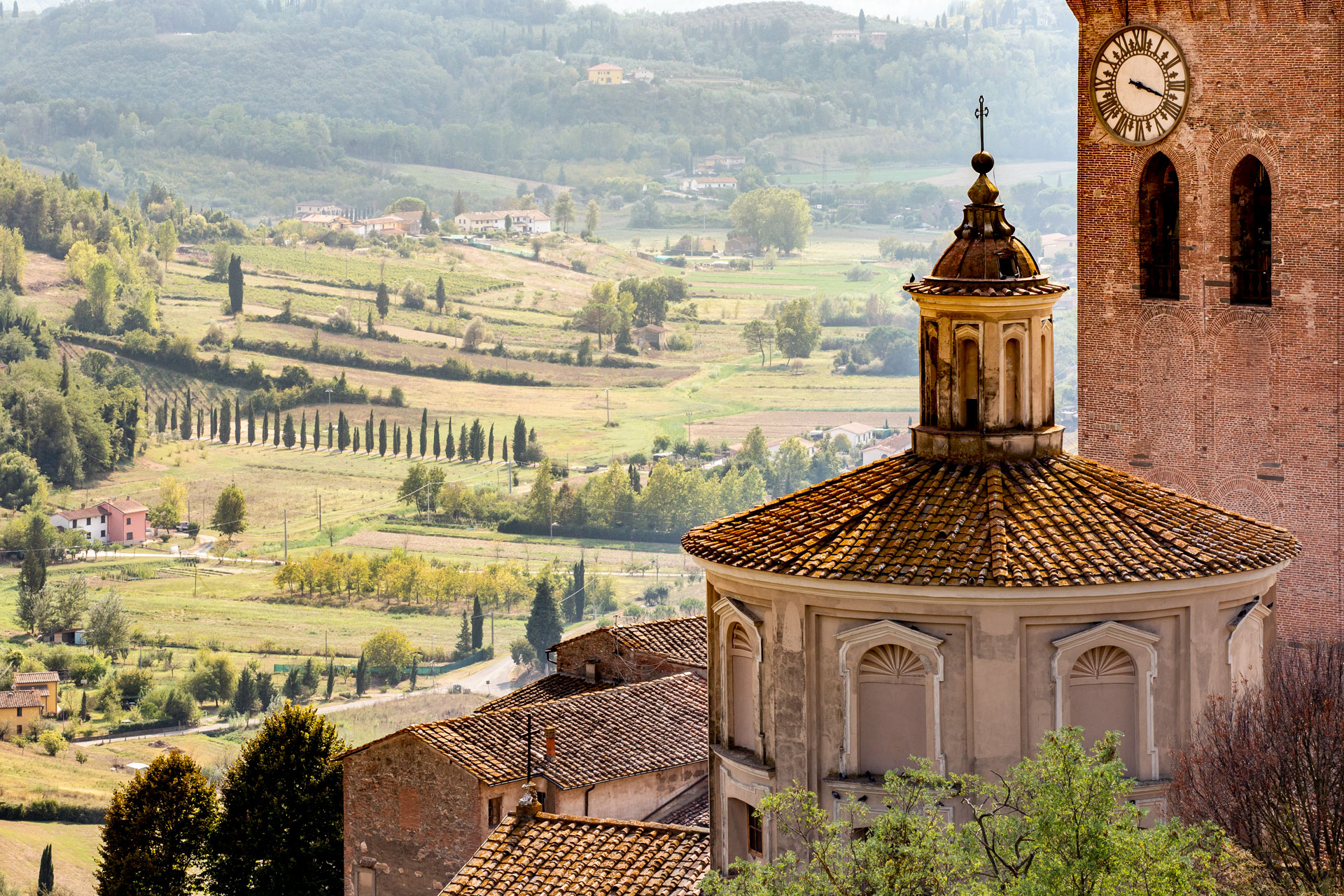 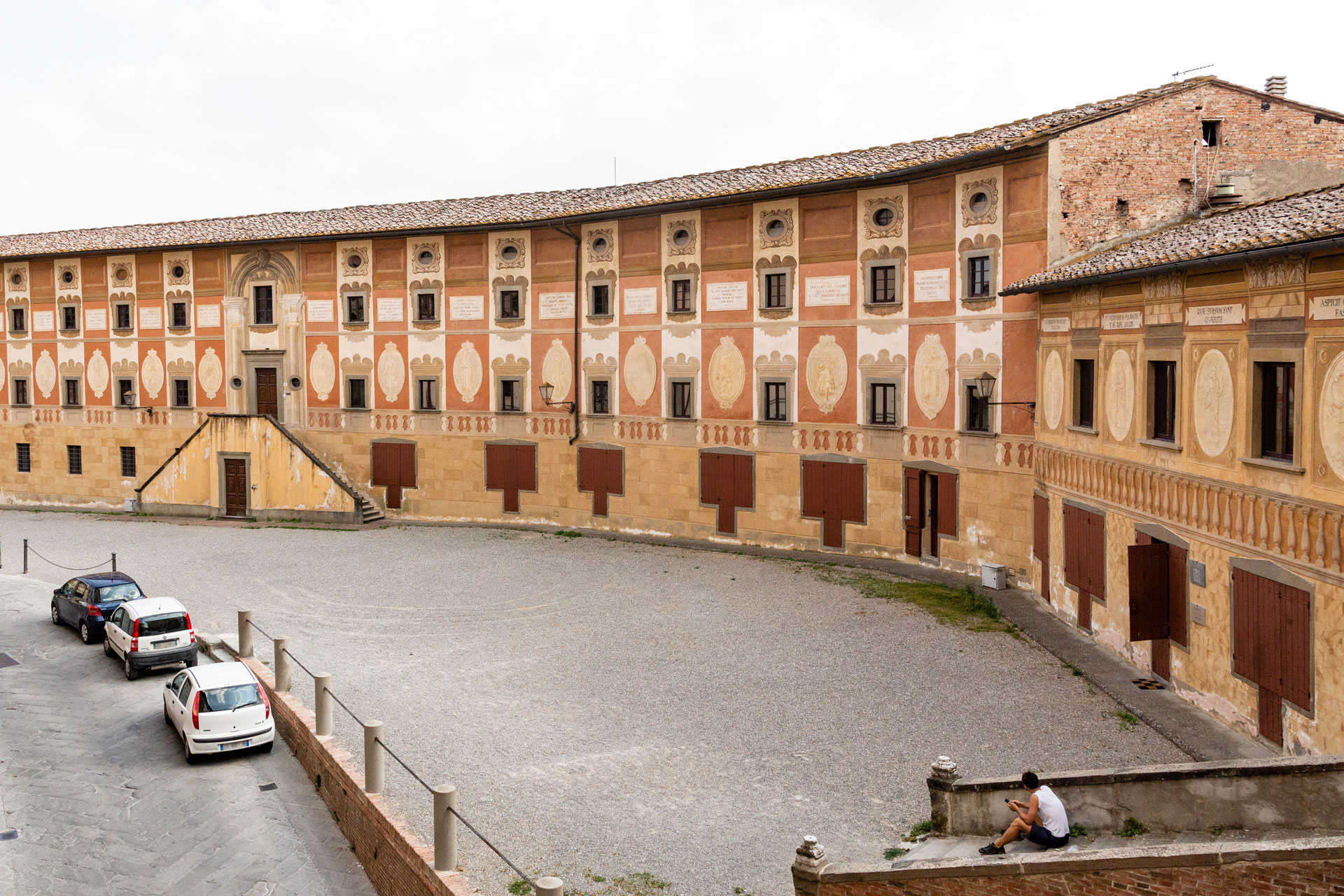 Museum of the Arciconfraternita Misericordia Museum of the Convent of Santa Chiara Educational Museum on the Civilization of Writing