The castle of Montopoli was of great strategic importance for almost the entire mediaeval period. Founded by the bishop of Lucca shortly after the year 1000, it remained under his jurisdiction and the control of his vassals until 1162, when it was granted by Emperor Frederick of Swabia to Pisa as reward for the city’s loyalty, and thus became one of Pisa’s outermost castles, lying as it did on the border with the areas under the control of Lucca and Florence. Montopoli thus found itself at the epicentre of repeated and bitter disputes between Pisa and Florence, when the latter undertook a policy of westward expansion in order to conquer important redoubts along the Arno and to advance to the sea.

In 1222, the Florentine army faced the Pisan army in Castel del Bosco and overwhelmingly defeated it, leaving many dead on the field and taking 1,200 prisoners. Pisa was forced to return the castle to the Bishop of Lucca, but fifteen years later regained it. This led to a new incursion by the Florentine army, which inflicted a further crushing defeat on the Pisans in 1259 at the battle of Pontedera. In 1274, Giovanni Visconti, judge of Gallura and a powerful Guelph citizen from Pisa, made an alliance with the Florentines and Lucchesi and besieged Montopoli, forcing the inhabitants to come to terms with him and thereby making himself the Lord of the castle. Alternating domination by Pisa and Florence continued until 1349 when Montopoli voluntarily submitted to Florence. This made it the seat of its own vicariate and a permanent garrison, which successfully rebuffed new attempts at conquest, including the assault by Castruccio Castracani in 1328 and the battle of San Romano in 1432.
After 1492, Montopoli became involved in the varying fortunes of King Charles VIII of France’s campaigns in Italy, of the Republic of Florence, and of the restoration of the Medici. After the Spanish invasions in Italy in the 16th century, Montopoli found itself facing epidemics of pestilence and a succession of famines and other plagues that seriously disturbed the life of the town in the 17th century, as demonstrated by the excavations in the fortress. From 1622 Montopoli came under the control of the new Diocese of San Miniato.

The Palazzo Guicciardini Civic Museum is the main hub of the Montopolese Museum System created within the Municipality. It currently includes the Tower of San Matteo (visits on request), the Fortress of Montopoli (free access), the Antiquarium of Marti (visits on request) and the ‘Bastione di Marti’ Archaeological Area (free access).

The museum layout in Montopoli consists of: the exhibition area made up of five rooms on the ground floor, two on the first floor, and two large rooms in the lower ground floor reclaimed as museum space; the reception area; and public toilets. 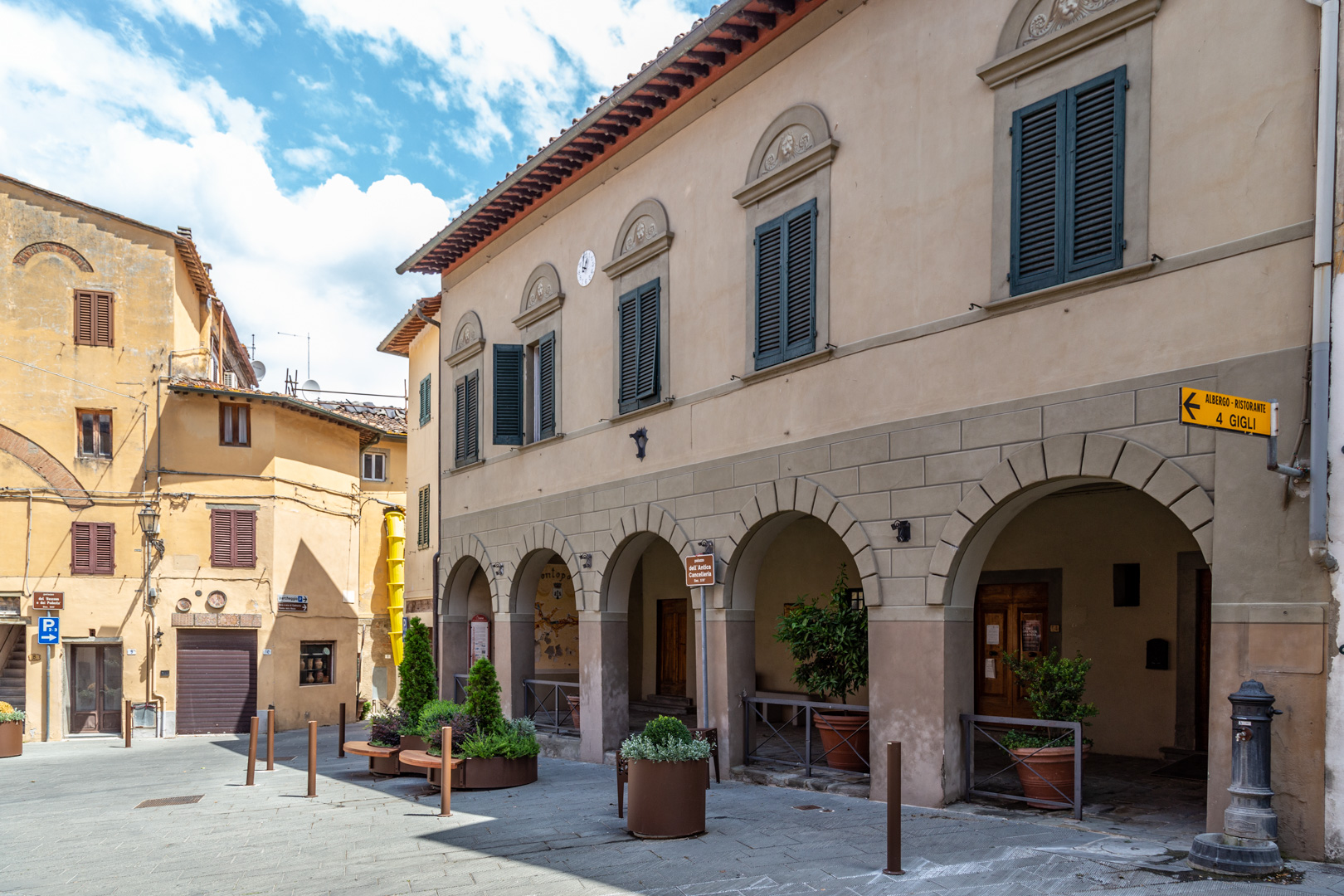 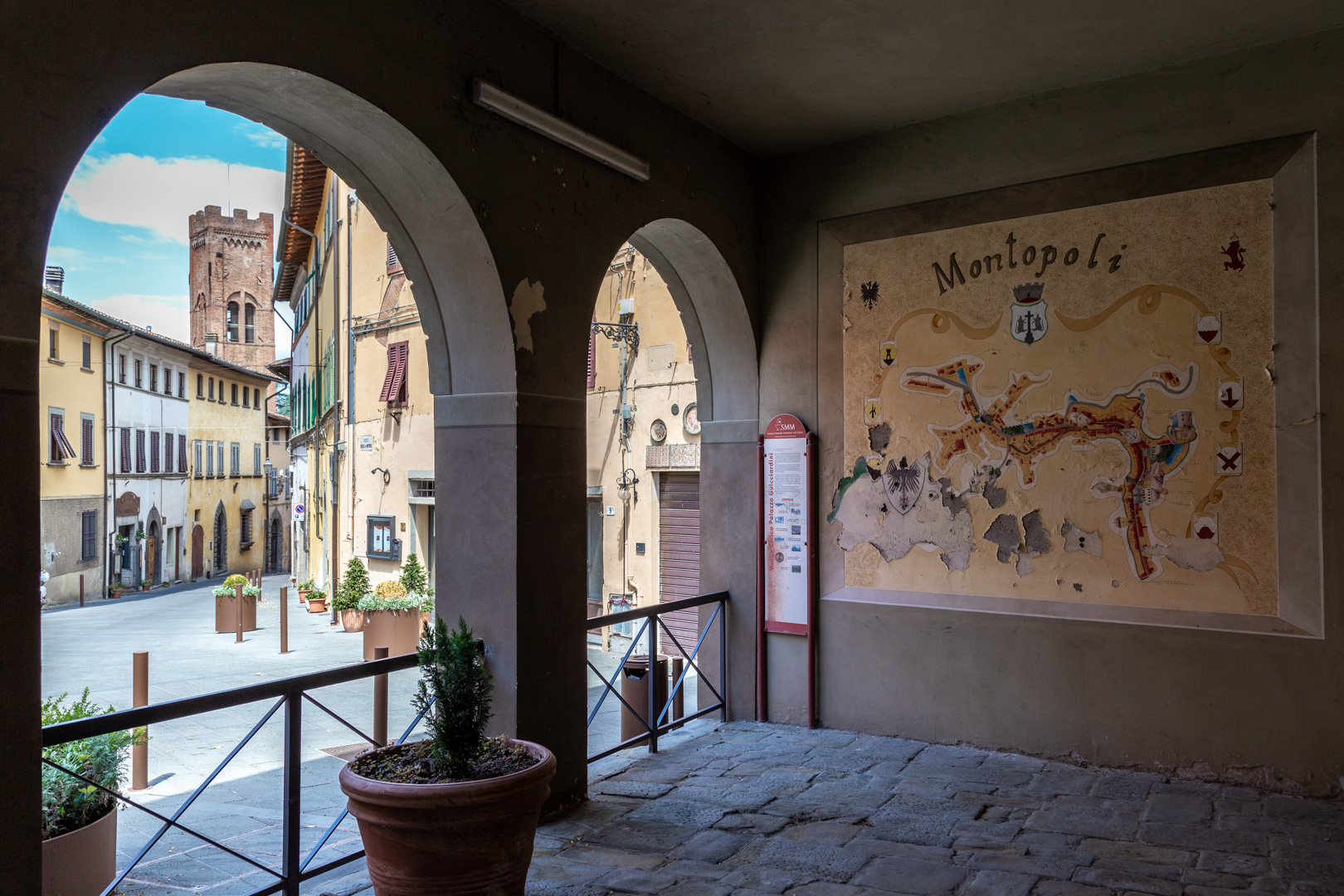 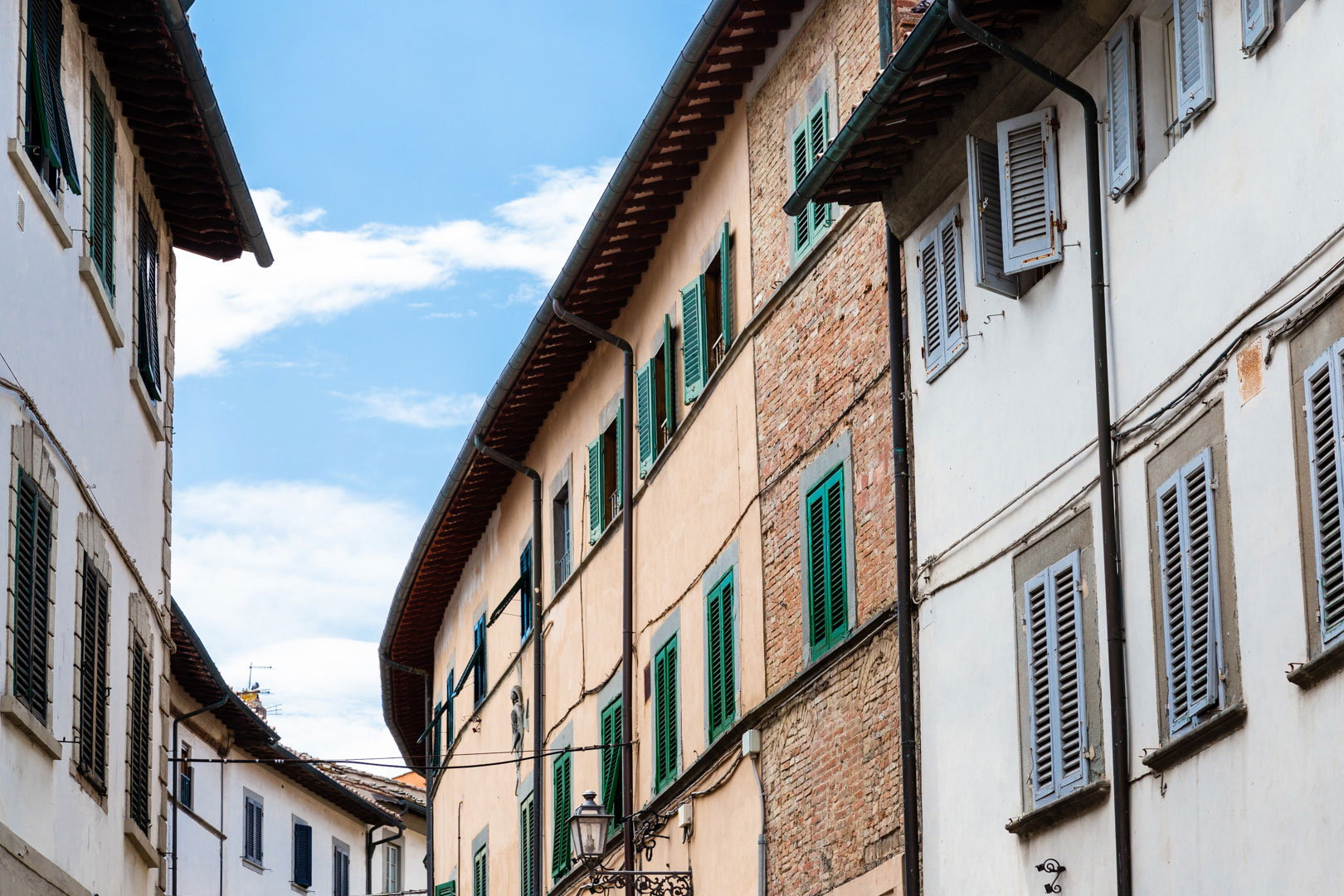 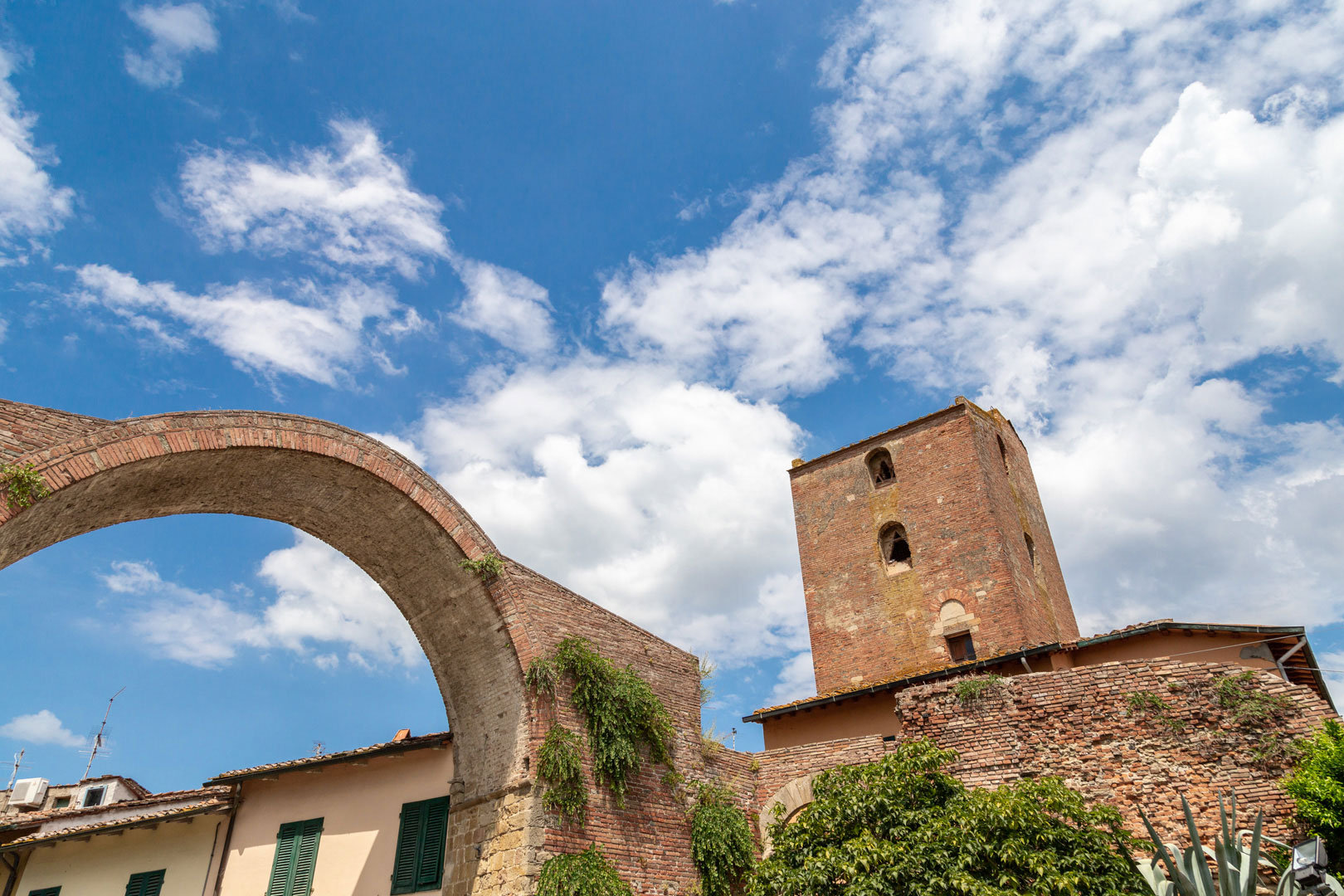 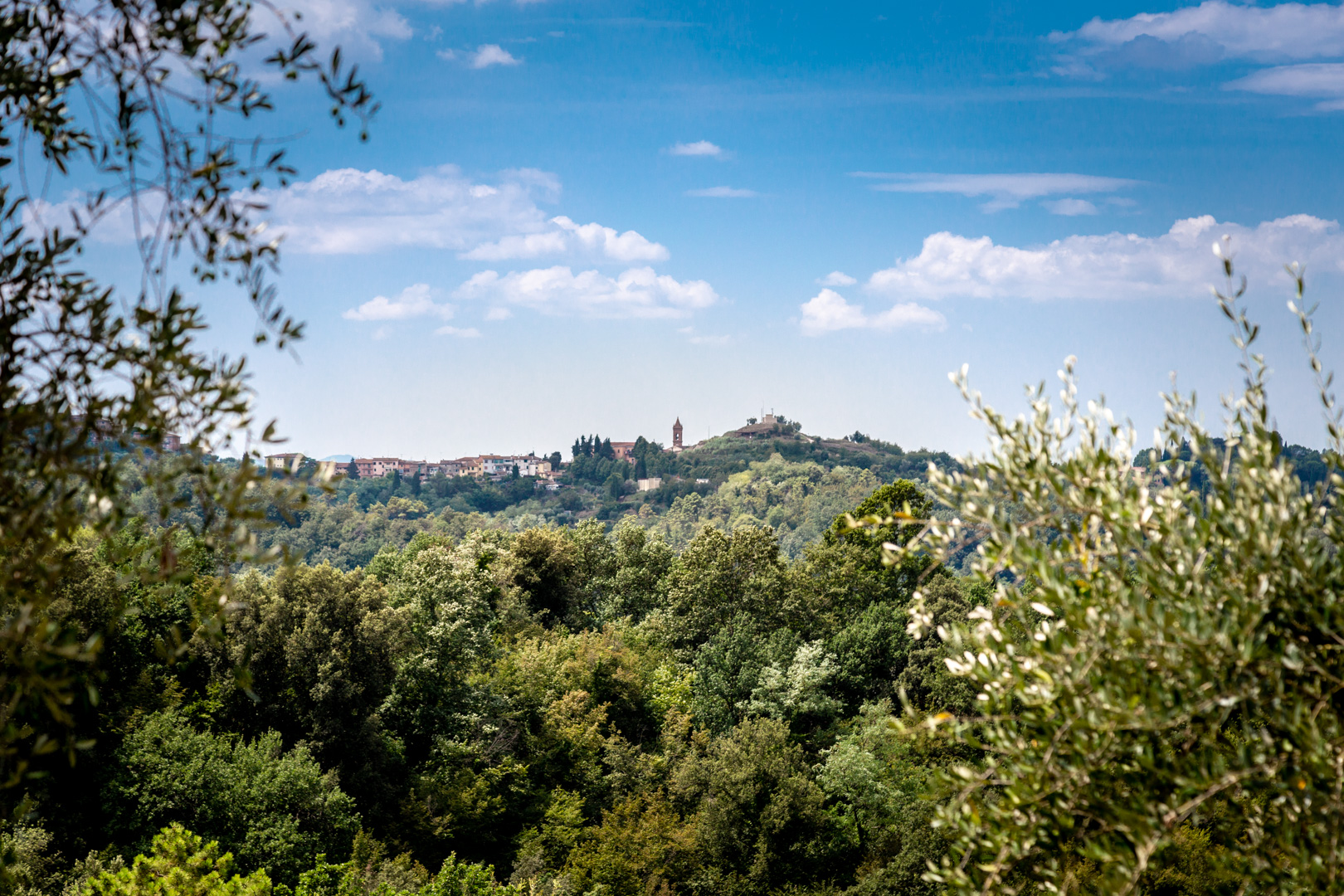 Built in the Palazzo Guicciardini located in the historic center of Montopoli in Val d´Arno, the Civic Museum was set up in the spring of 2003. Since its foundation, its primary aim has remained that of collecting materials of interest and significance related to the archaeology, history, art or natural history from this area of the Province of Pisa…