Museum of the Convent of Santa Chiara

The ancient monastery of Santa Chiara was founded in 1226 to the west of the ancient city walls on a pre-existing convent of Cistercians already attested before the year 1000. The construction of the present building dates back to 1339. It was the initiative of Michele Portigiani. A member of a family that had always supported the Franciscan order, he commissioned another monastery a few decades later (and still in existence today in the town) for nuns of the Franciscan order of Santa Chiara dedicated to St. Paul. In 1785, to escape the laws on the suppression of religious institutions, the monastery was transformed into a conservatory for the education of girls until, with the unification of Italy, the institution came under the Italian Ministry of Education and now belongs to the Scuola Normale di Pisa with the establishment of a Foundation. The original core of the building is organized around a cloister with arches, which were closed in the 19th century, and also includes a chapel dedicated to Mary Magdalene and incorporated in the 15th century in the convent church to serve as a sacristy. Inside, the church appears exactly as it did following the late 17th-century renovation work, which nevertheless kept the original layout with its single nave and wooden trussed ceiling unchanged. In fact, the 17th-century modifications were of the church’s decorative apparatus, the original creation of which had been entrusted to the workshop of the painter Antonio Domenico Bamberini. Notable among the works in the museum collection are the two beautiful painted crosses of the 14th century, one by Deodato Orlandi, and the other attributed to Iacopo by Mino del Pelliccaio, and the Noli me tangere by Ludovico Cardi known as il Cigoli (Cigoli 1559-Rome 1613) which portrays, with the tenderness of Venetian lineage that had been typical of the painter since his youth, one of the most poignant episodes of the life of Mary Magdalene, the encounter with the Risen Christ.
The collection also includes liturgical furnishings, reliquaries, including that most beautiful example in ebony and ivory donated by the Buonaparte family in the 18th century, and artistic artifacts brought as a dowry by the girls who took the veil, as well as beautiful embroidery work produced by the same nuns, including some wonderful silk antependiums. 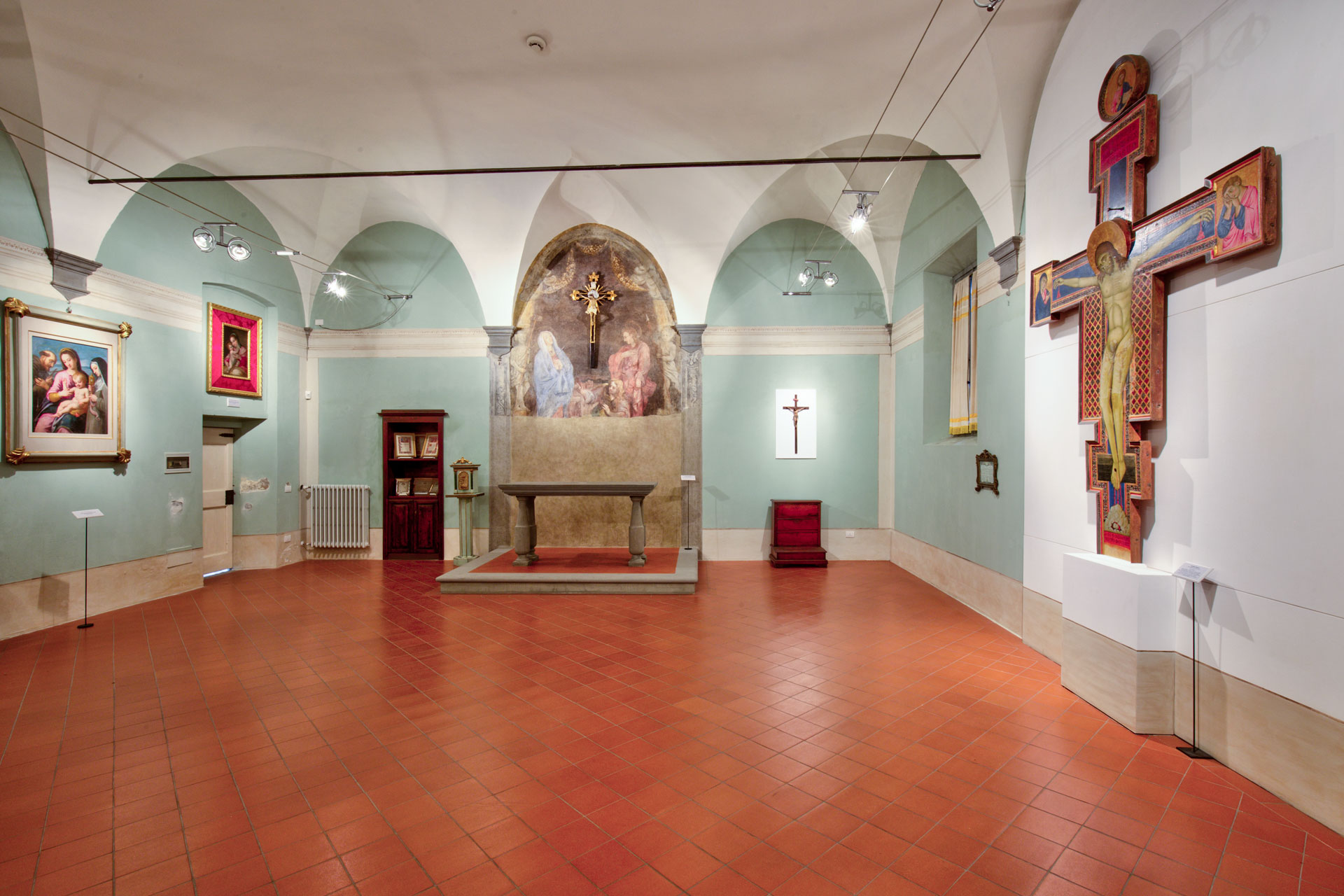 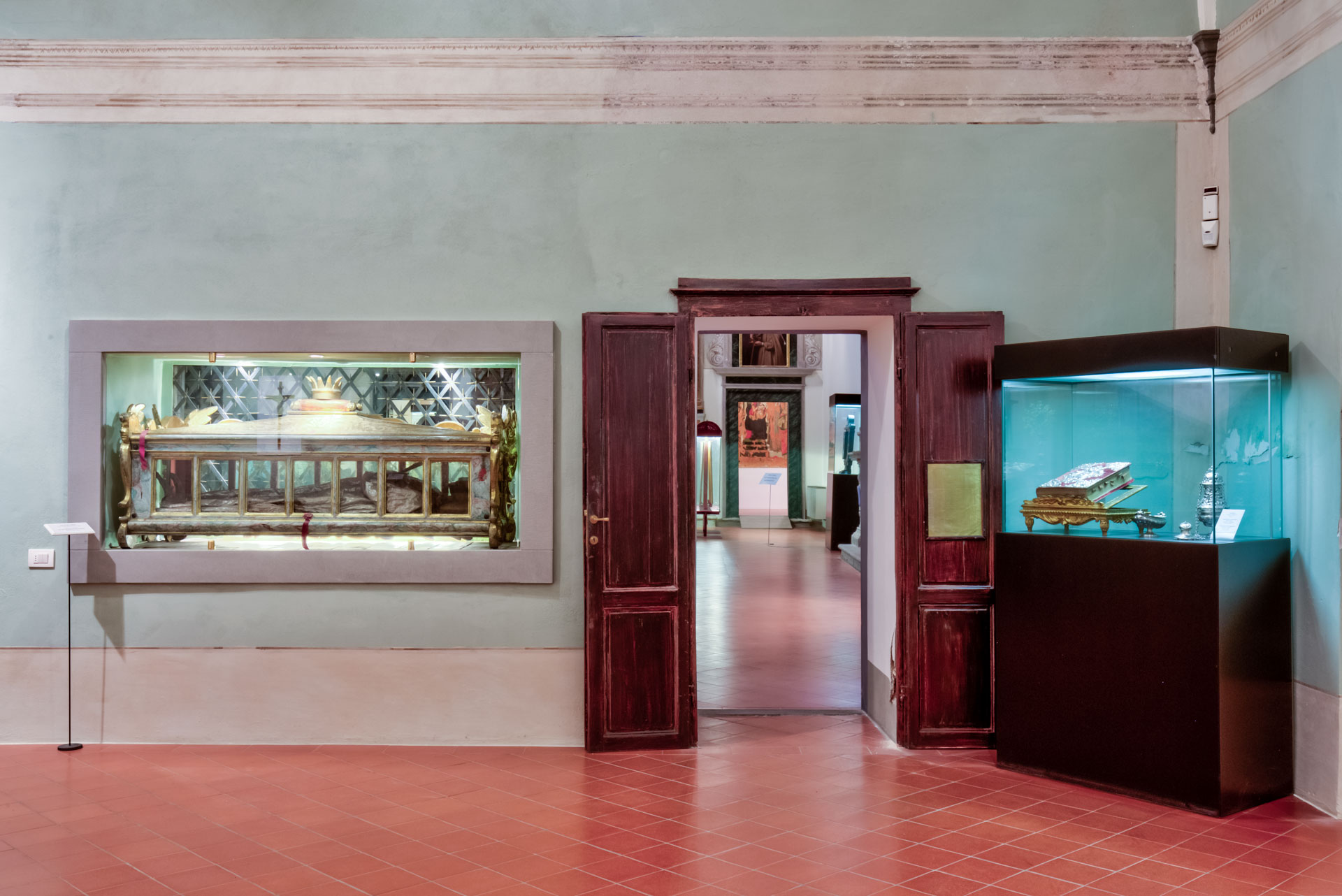 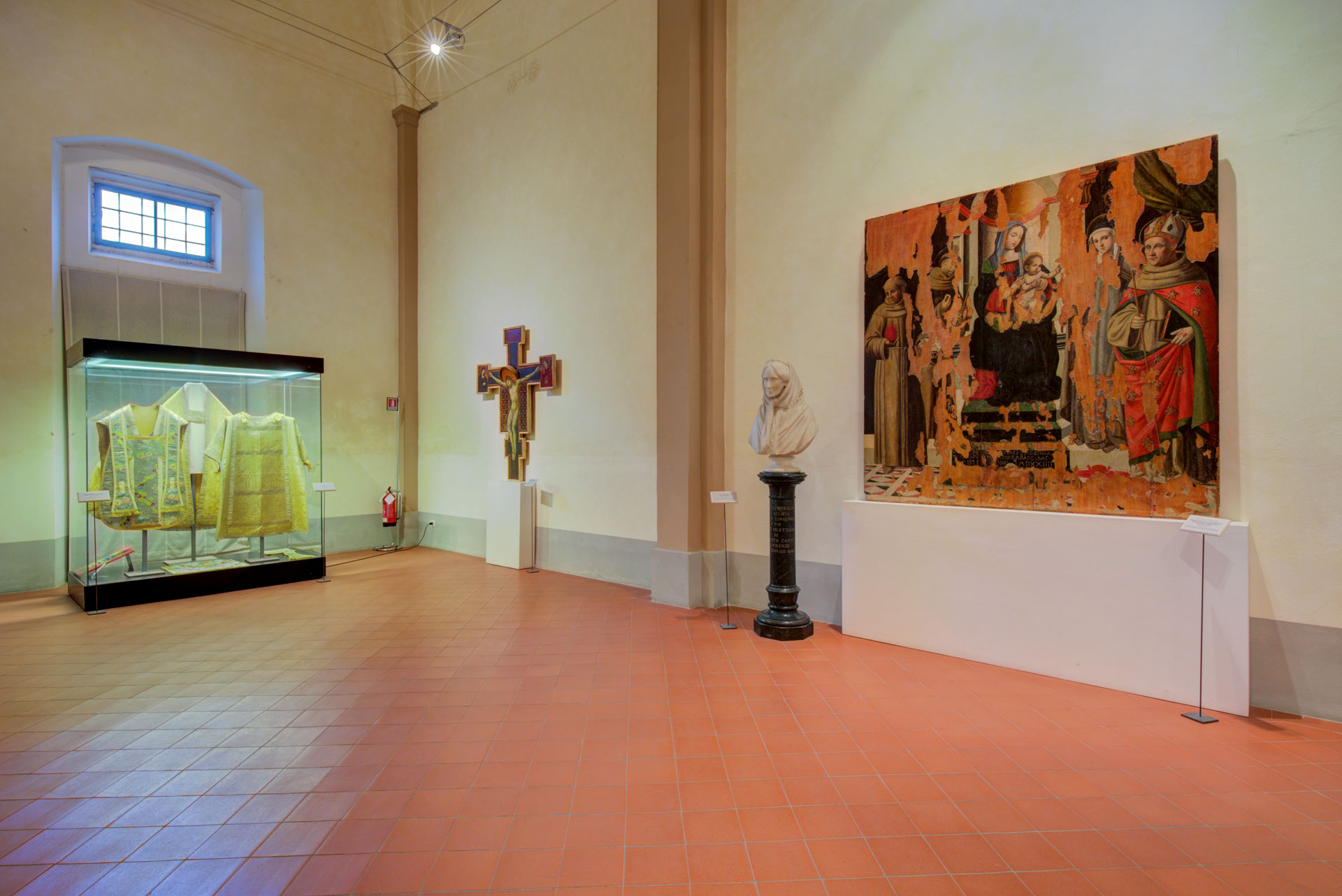 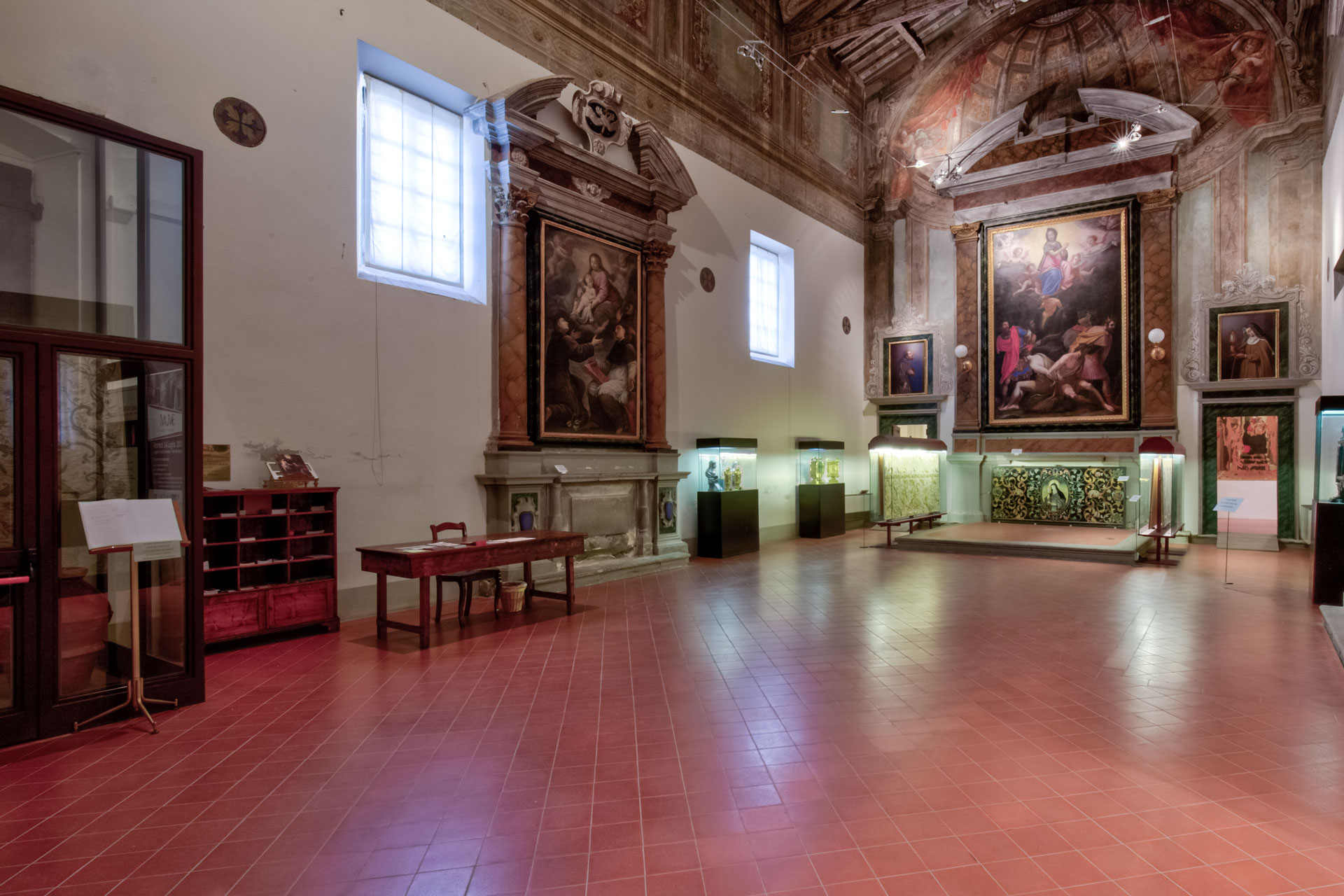 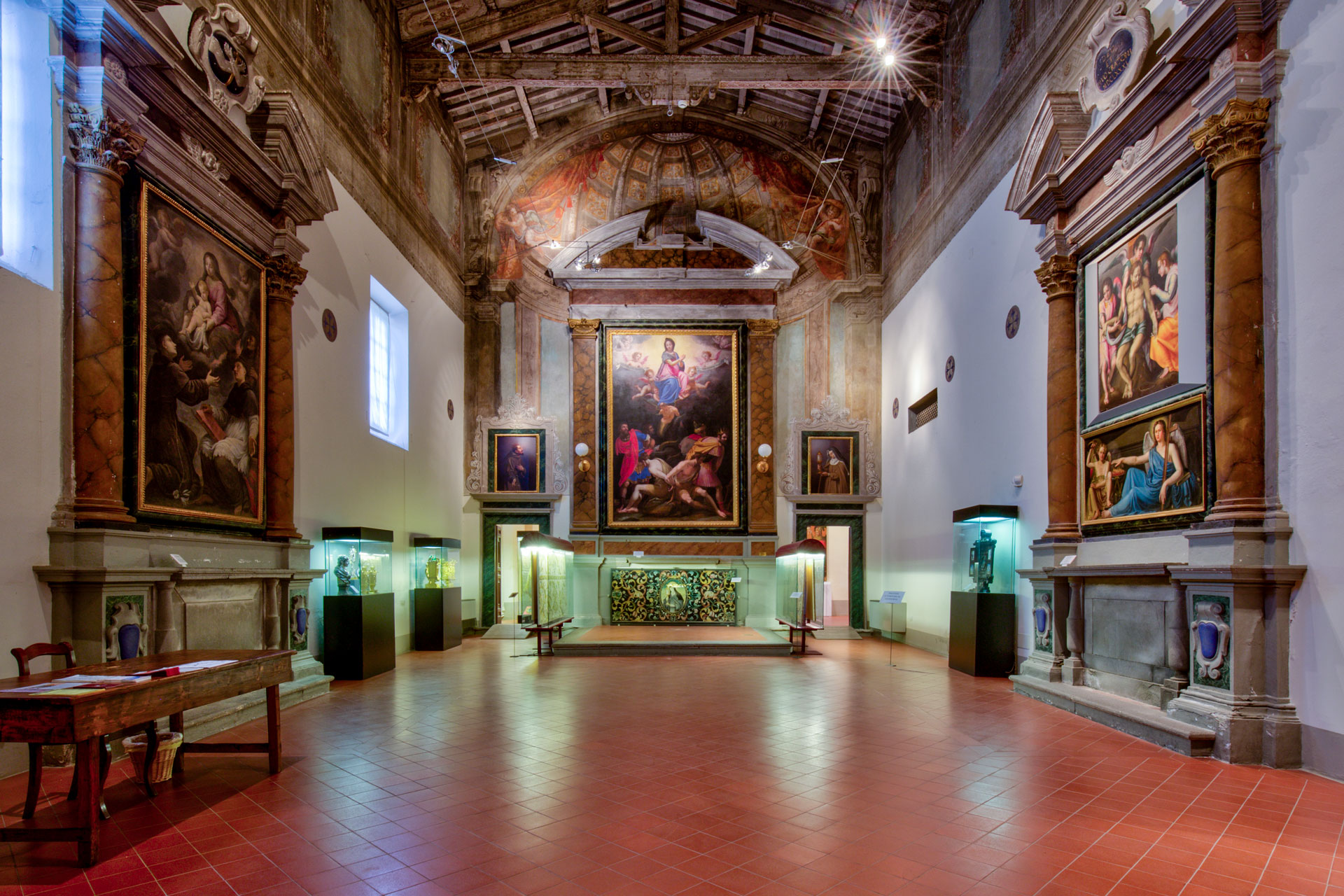 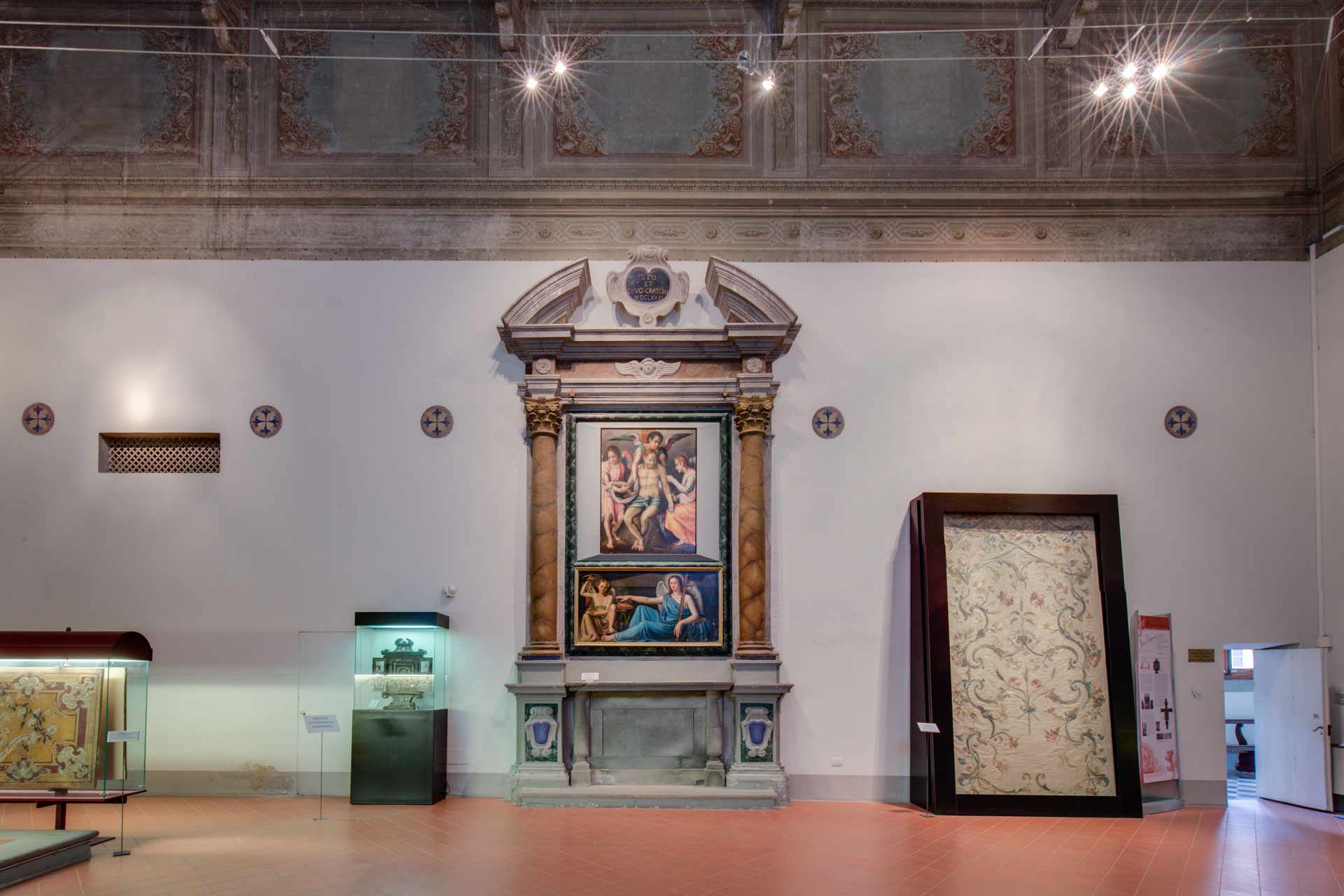