Set up in 1999 in the premises of the ancient church of Santa Chiara, it displays exhibits from the Valdarno side of the Castelfranco area covering its history from the earliest prehistoric settlements through the Etruscan and Roman habitations along the water courses of the alluvial plain, up to the area’s layout in the Middle Ages.
Of particular interest are the archaeological finds relating to the “terra nuova” of Castrum Franchum, founded in 1255 and recovered during the urban excavations of 1995. As a matter of fact, it was during that very excavation that a large area of the original terracotta flooring of the foundation in front of the town hall was brought to light. Such material evidence for medieval urban road network construction and maintenance techniques is of significant interest. Above street level, archaeological stratigraphy, illustrated by photographs, reliefs, and cast reproductions, has unearthed a wealth of information on the diet of the castle’s inhabitants and provided a better understanding of the distribution of ceramic products. Among these, ceramics for ordinary every day use and Pisan and Florentine majolicas from the 14th to 15th centuries are of particular note. Recent excavations carried out during the restoration of the church of Santa Chiara have, in contrast, yielded burial items including bronze crucifixes, rosaries and votive medals dating from the 14th and 16th centuries. 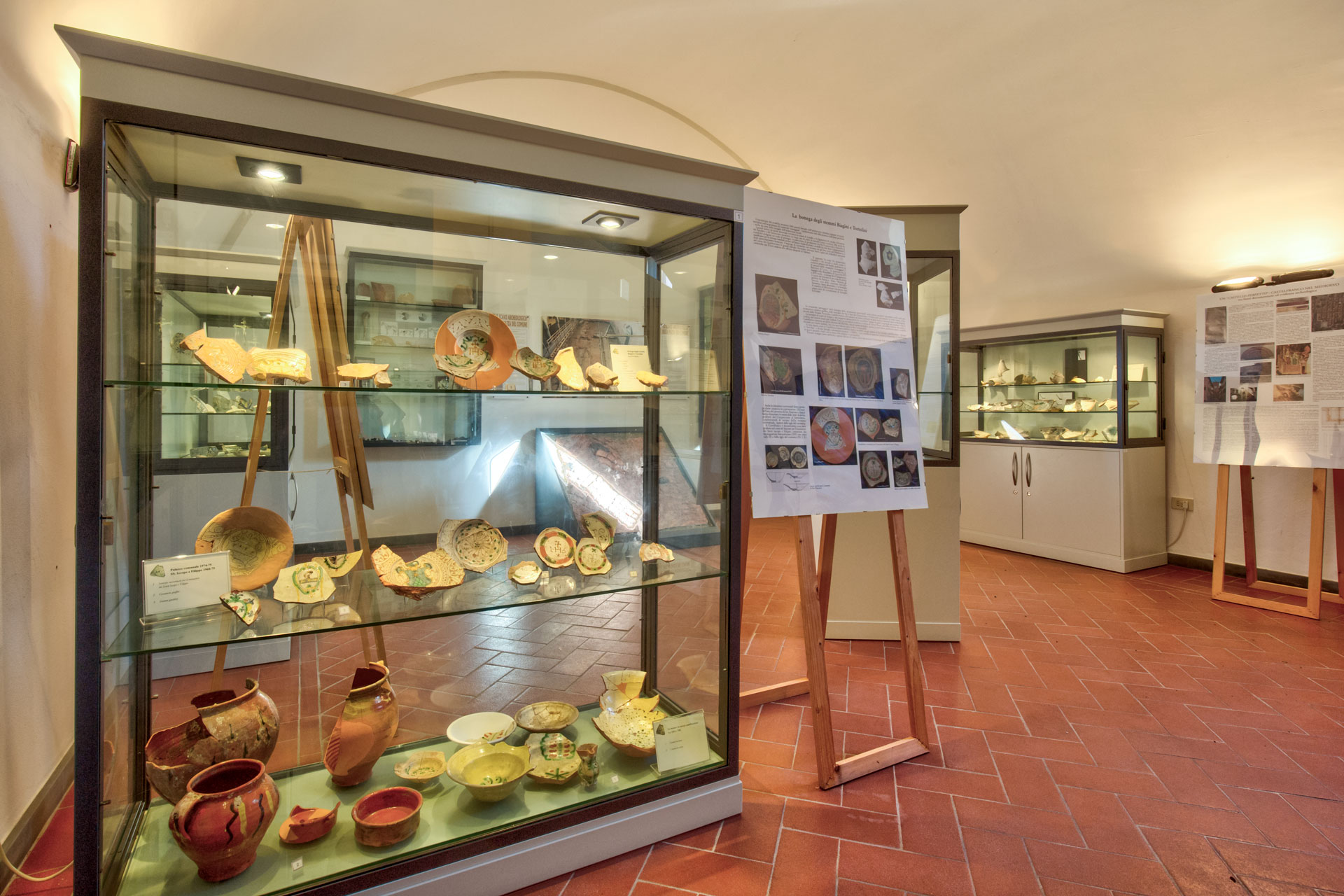 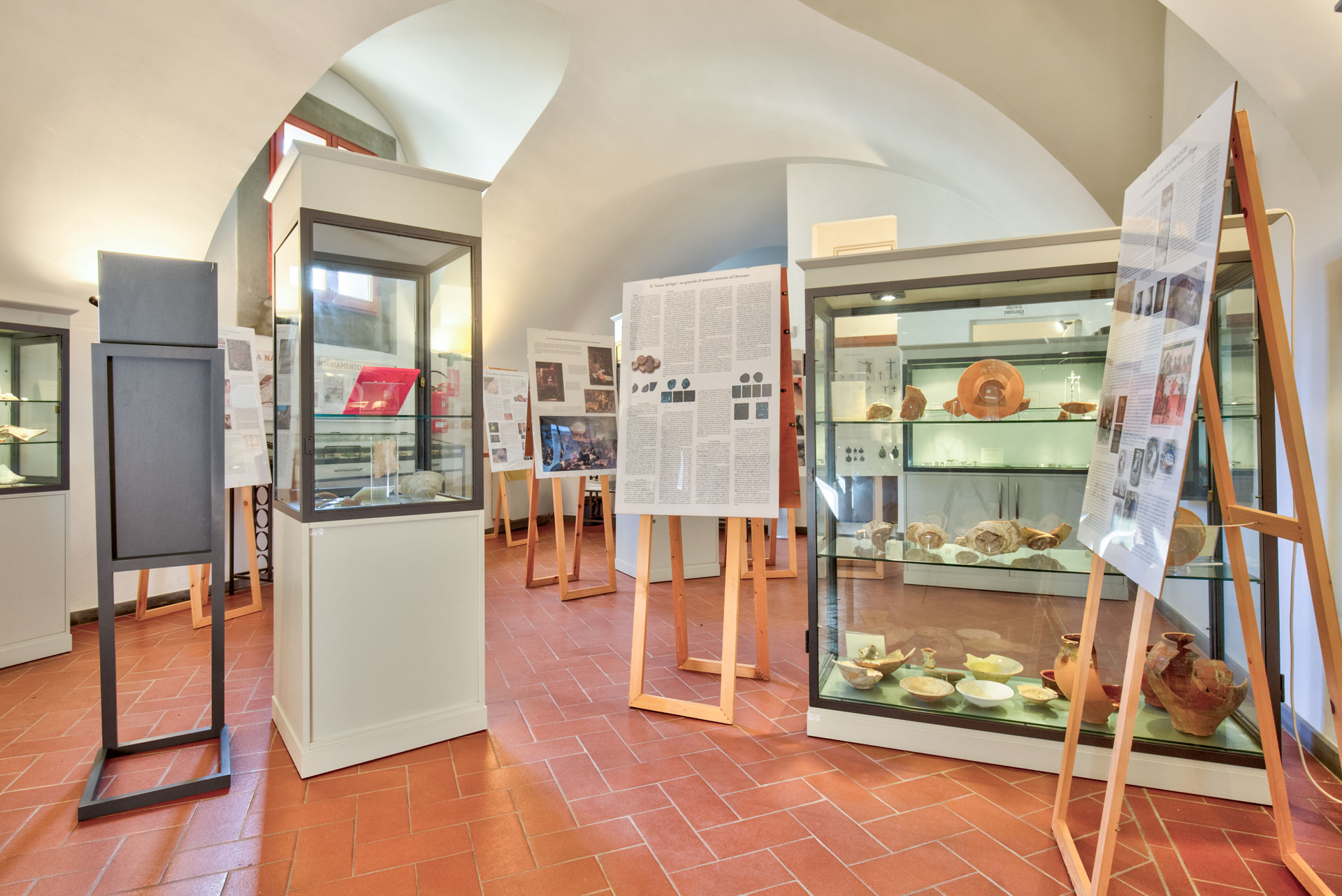 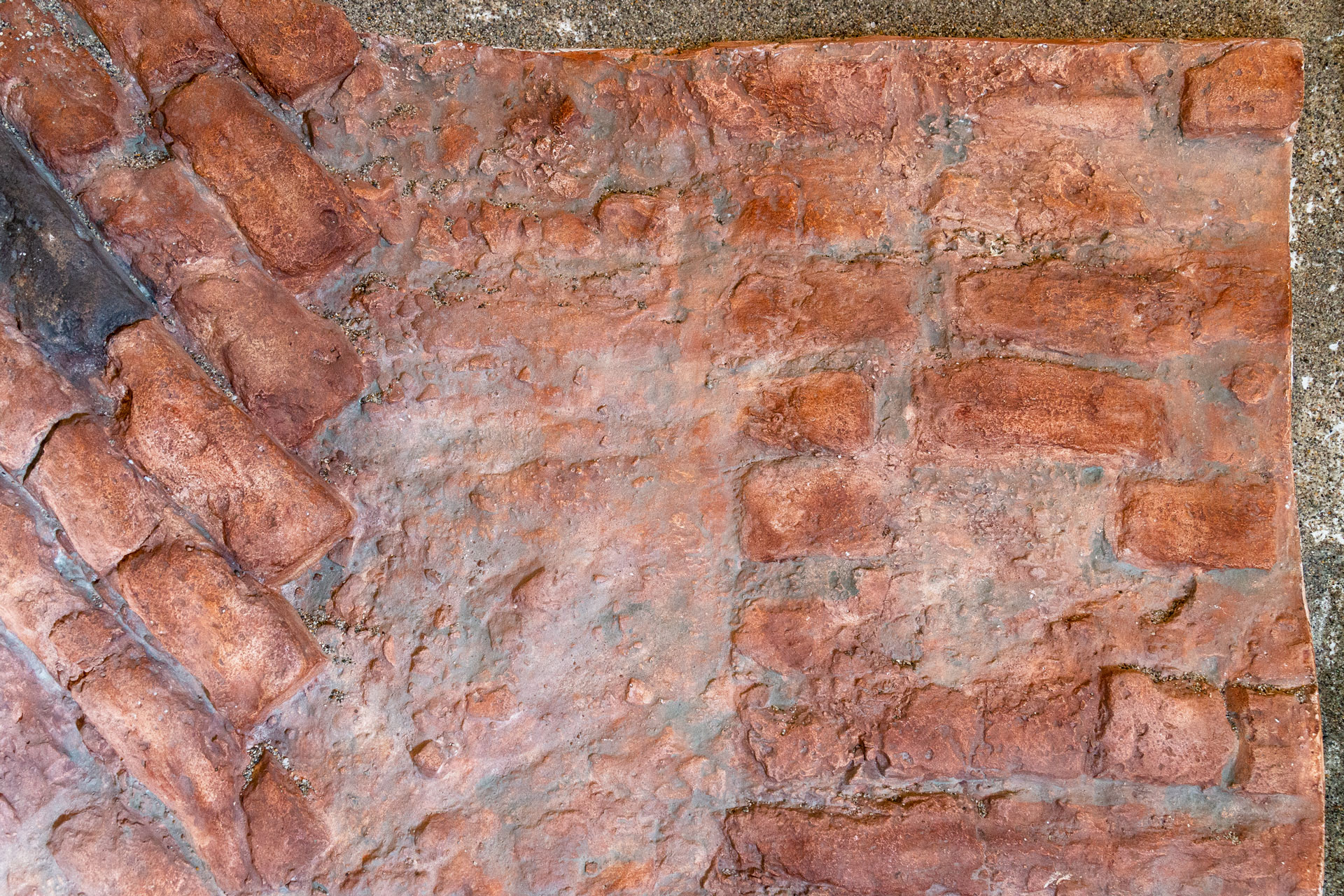 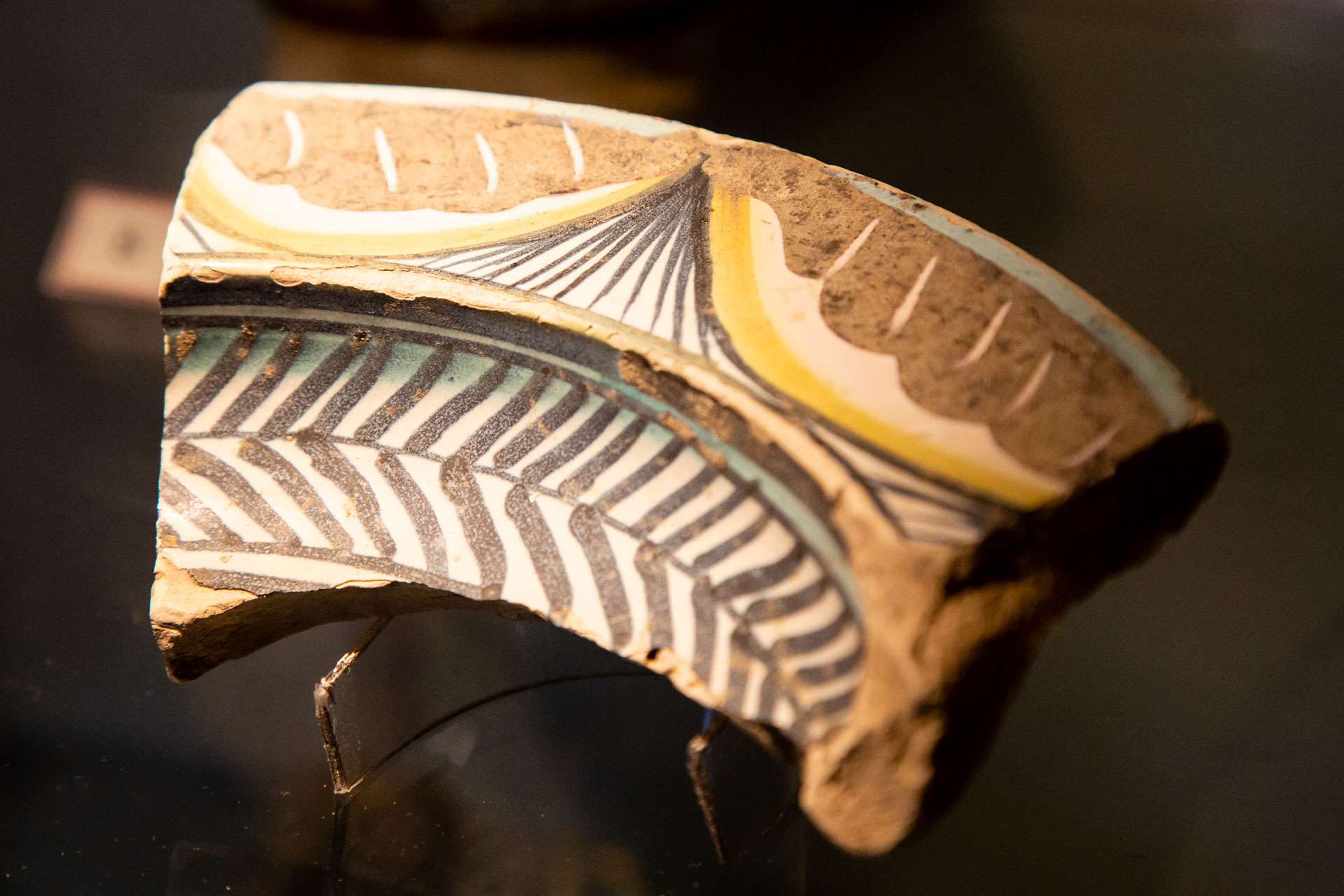 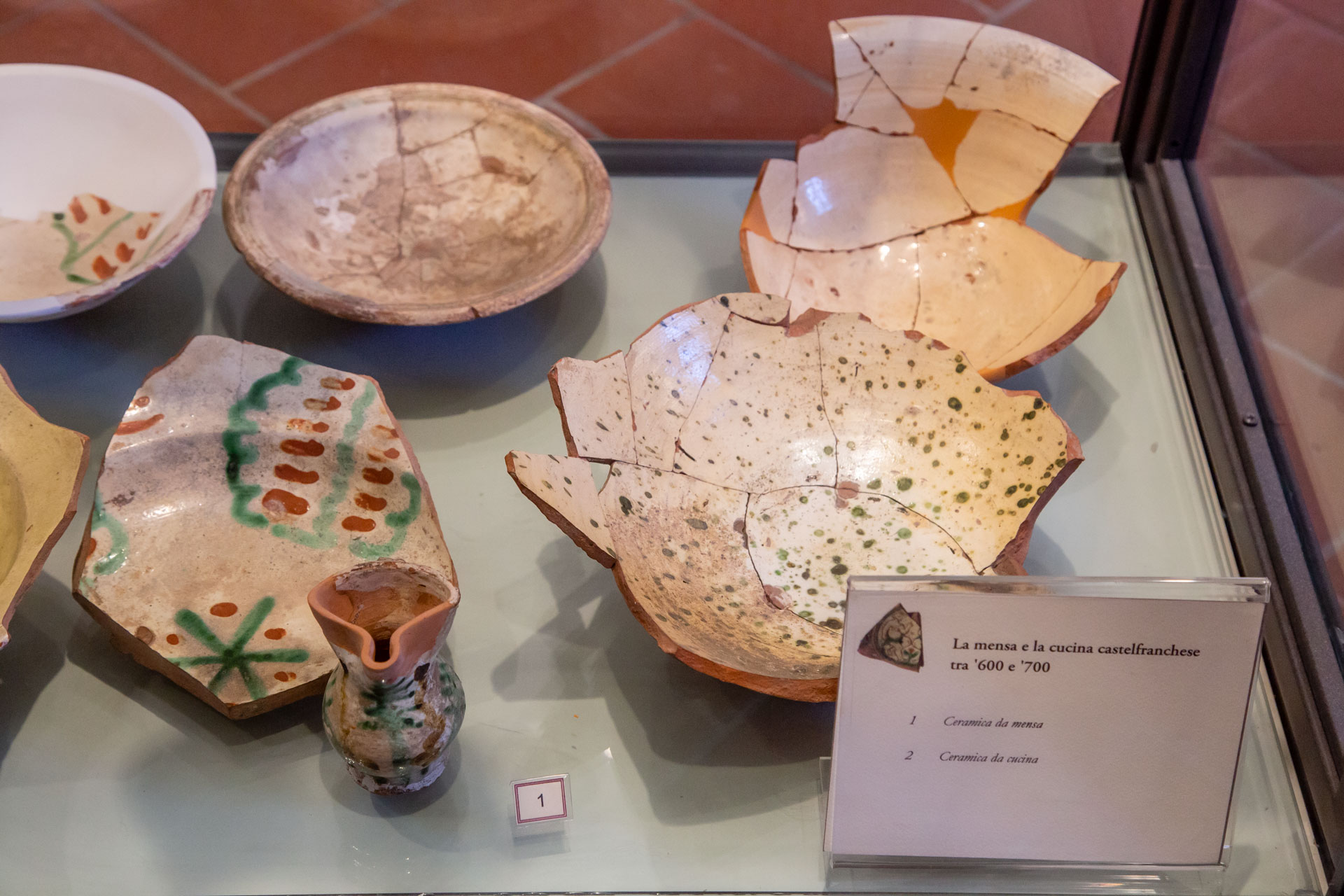 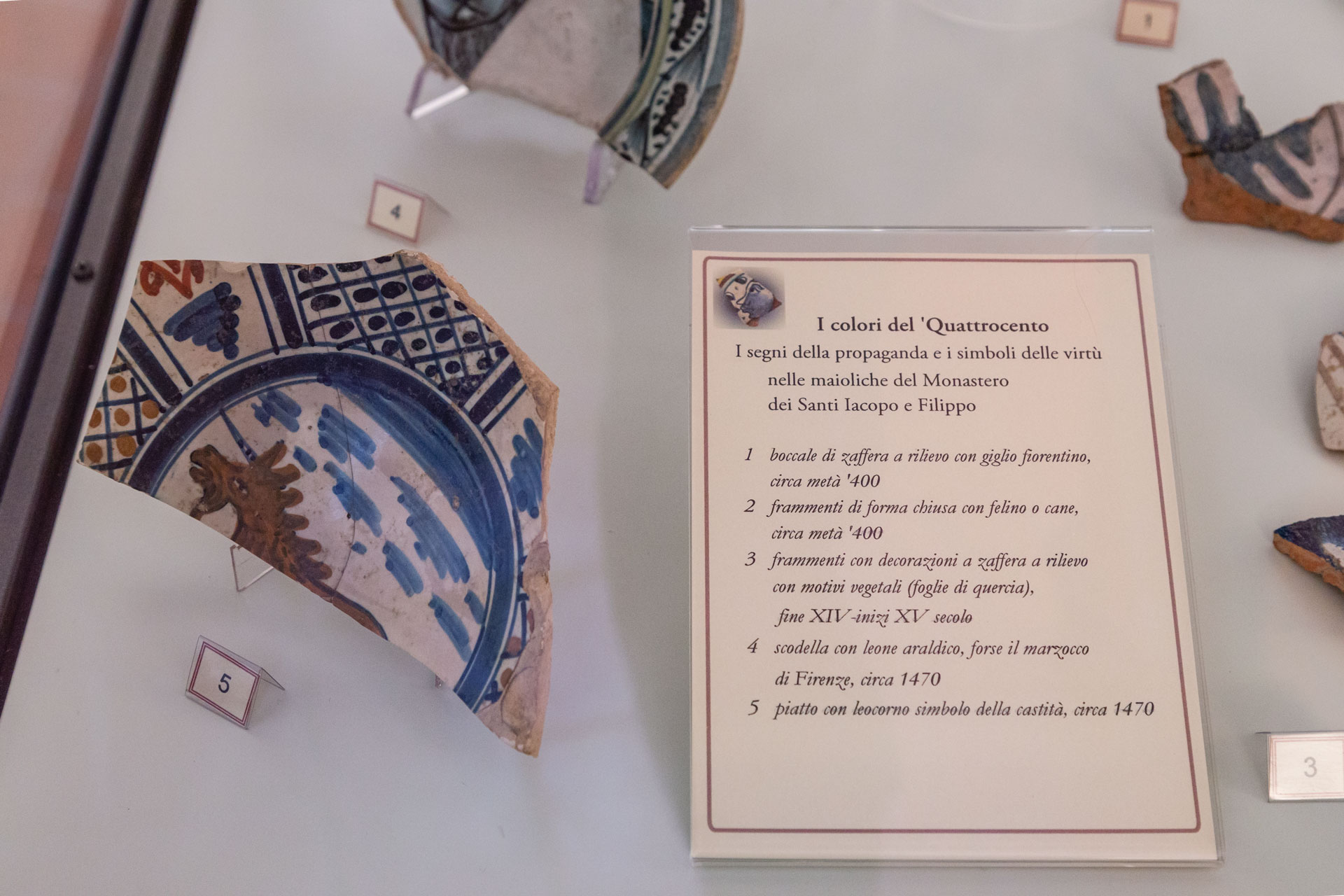 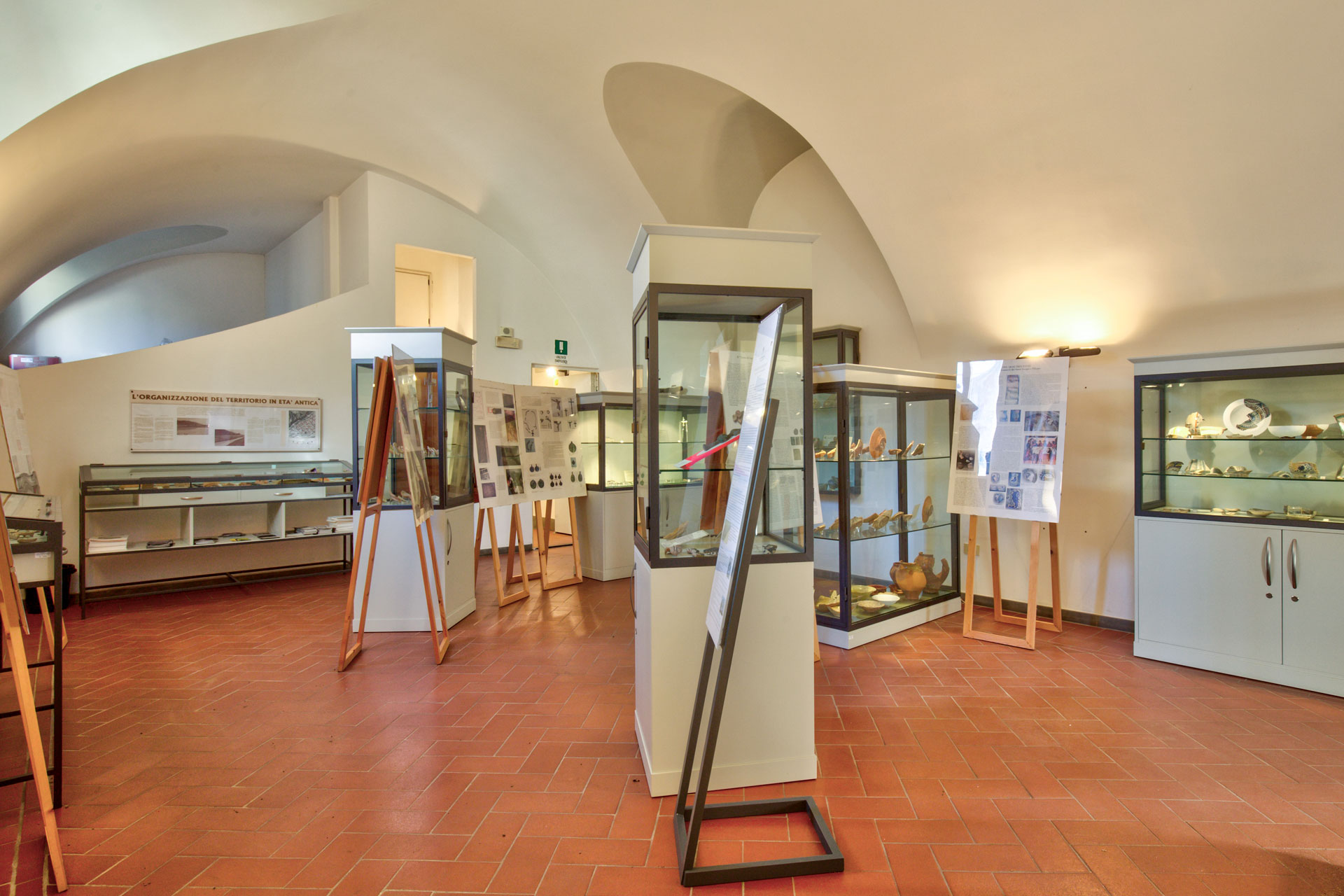 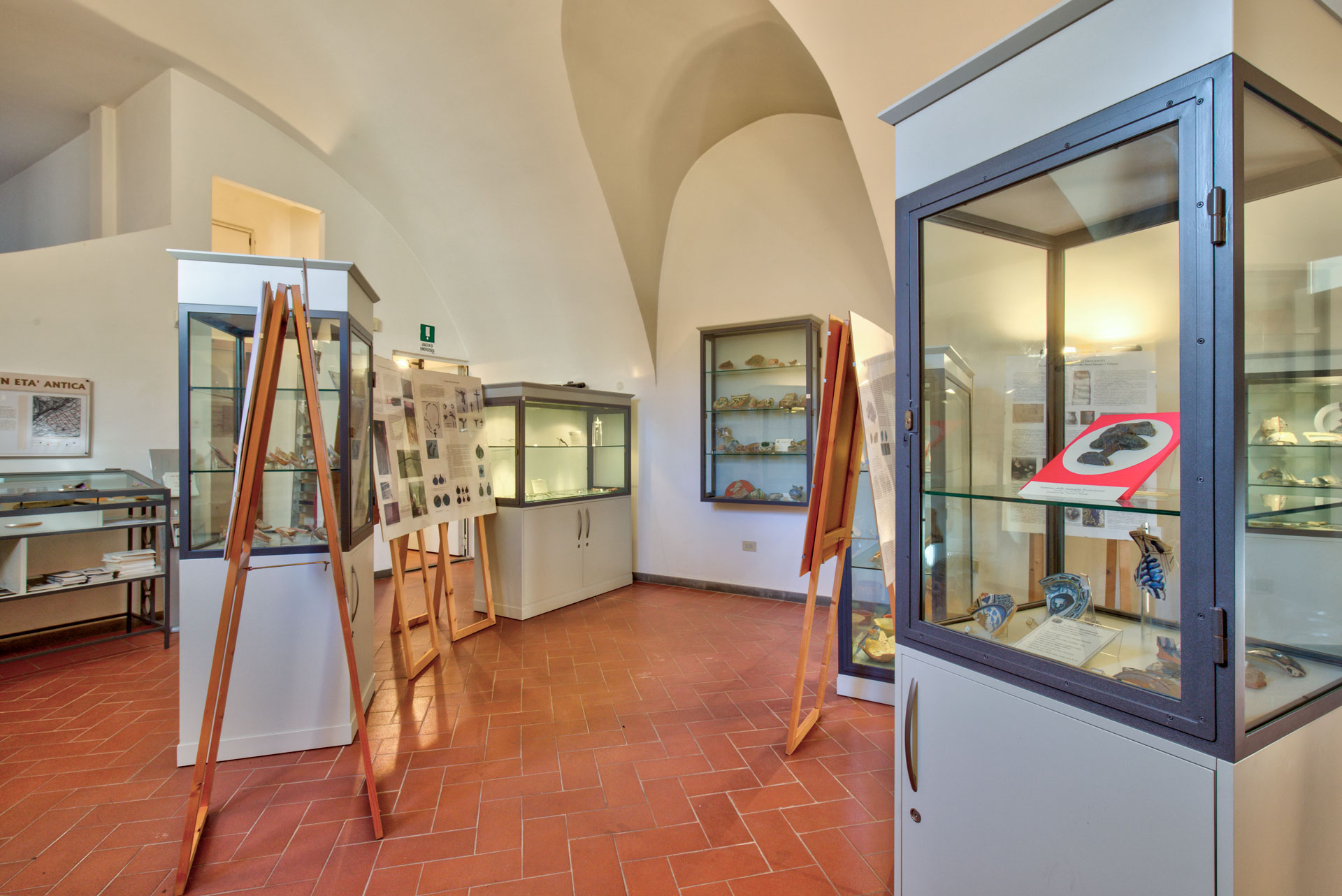