The origins of Fucecchio are closely linked to the history of the Counts Cadolingi, a powerful family originally from Pistoia, who by the year 1000 already possessed lands and castles in the Valdinievole and Lower Valdarno. Driven by the growing power of the Bishop of Pistoia to seek new lands over which to assert their own independent authority, they found in the “place called Fucecchio” the ideal conditions to build the centre of a territorial seigniory which was both equidistant from the major cities of Pistoia, Lucca, Pisa and Florence and situated at the intersection of major land routes (the Via Francigena), and waterways (the Arno and the Gusciana – the outflow from the Fucecchio Marshes). Shortly before the year 1000, Count Lotario, son of Cadolo, built a Benedictine monastery next to the Church of San Salvatore. The new institution, benefiting from numerous donations, became one of the most prestigious in the region and succeeded in accumulating vast landed wealth. In the early 12th century, disastrous flooding of the Arno forced the monks to reconstruct the buildings in a safer location on the hill near the castle of Salamarzana (now Salamartano hill). From then on, the Abbey and the adjacent collegiate church of San Giovanni Battista came to constitute the ecclesiastical centre of the town. During the 13th century, the monastery, now in severe financial difficulties, sold off its accumulated lands. New housing was then built on these, and thereafter, during the second half of the century when population growth became increasingly intense, the new villages fanned out beyond the “old castle” and expanded down towards the Arno along five axes outwards from the oldest gate of the castle (the current Piazza Vittorio Veneto). Starting from the east they were: the district of Porta Raimonda (Via P. Martini), Borghetto (Via La Marmora), the village of Gattavaia, the district of Dominus Bernardo (Via Donateschi) and the district of Sambuca, which is the area between the current Piazza Cavour and Poggio Alberighi.

During the 19th century, Fucecchio again became a populous town whose main activities were in manufacturing, crafts, and retail business. However, there was no real drive for industrialization and above all widespread poverty afflicted the most marginalized members of the population. The first industrial-scale production centre was the Taddei match factory which employed 600 men and women by the end of the century. It was only after the Second World War that Fucecchio experienced its own genuine “industrial revolution” with the development of the tanning and footwear sectors. This greatly increased employment and attracted considerable immigration from the south of Italy. 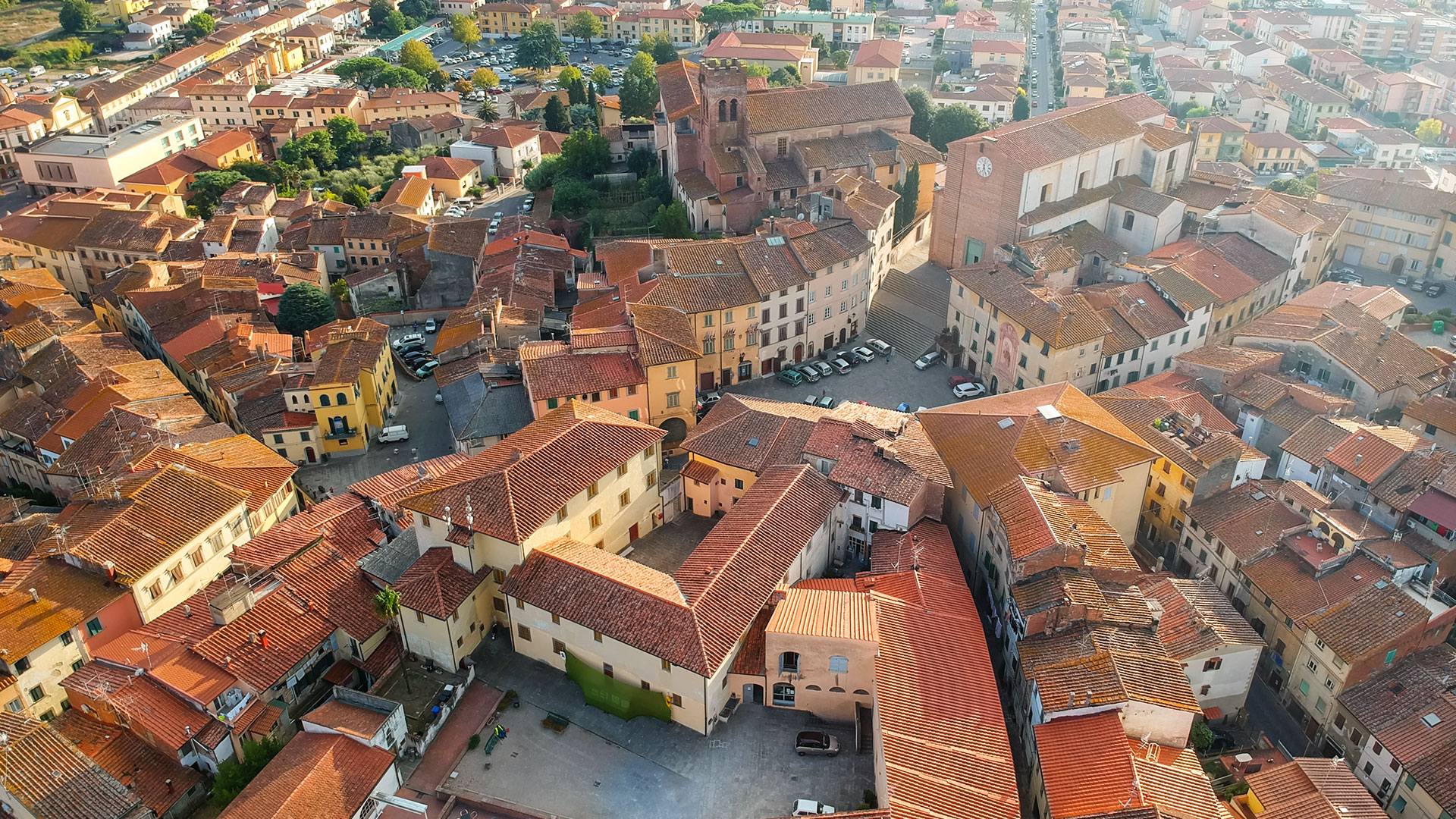 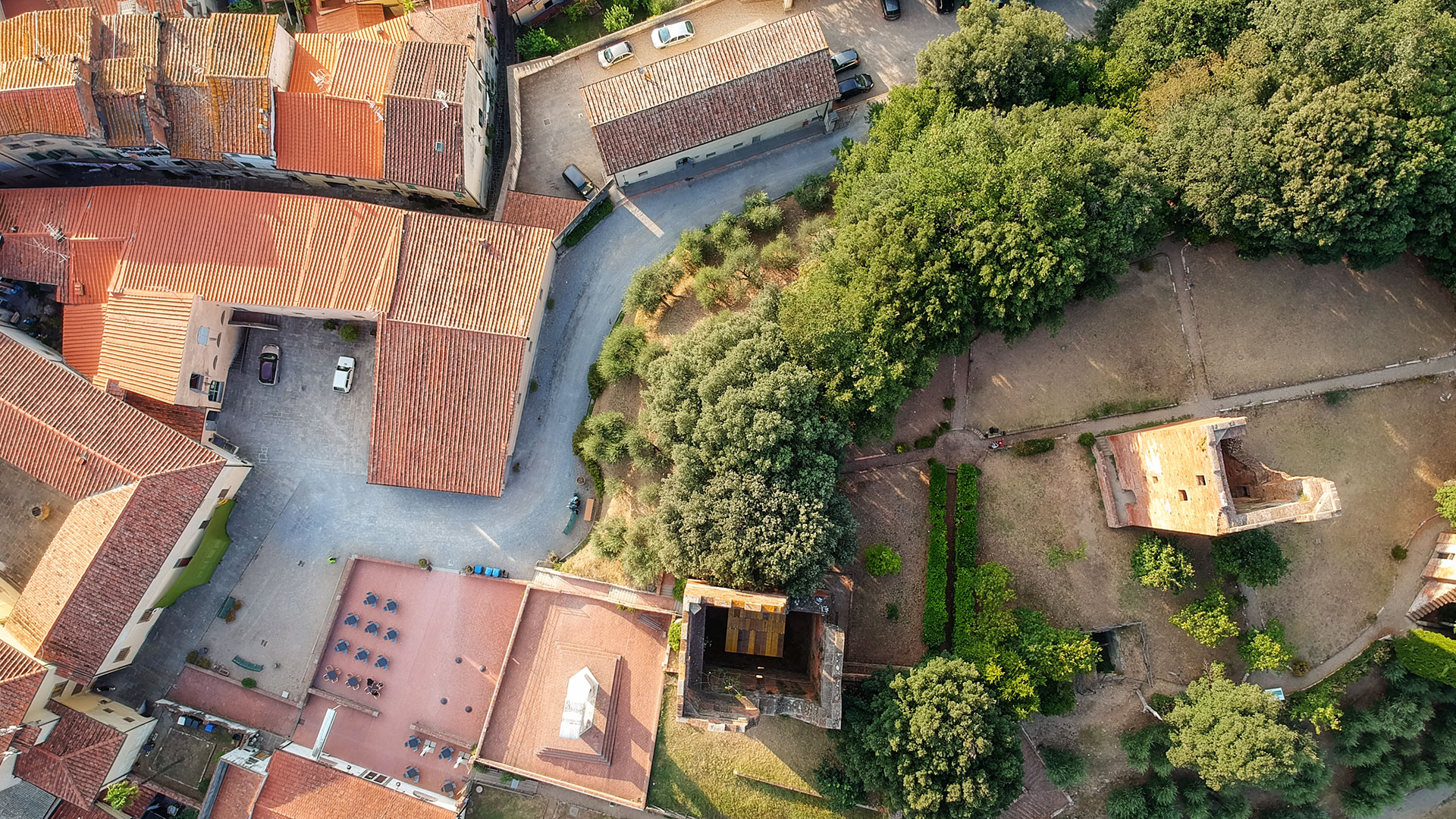 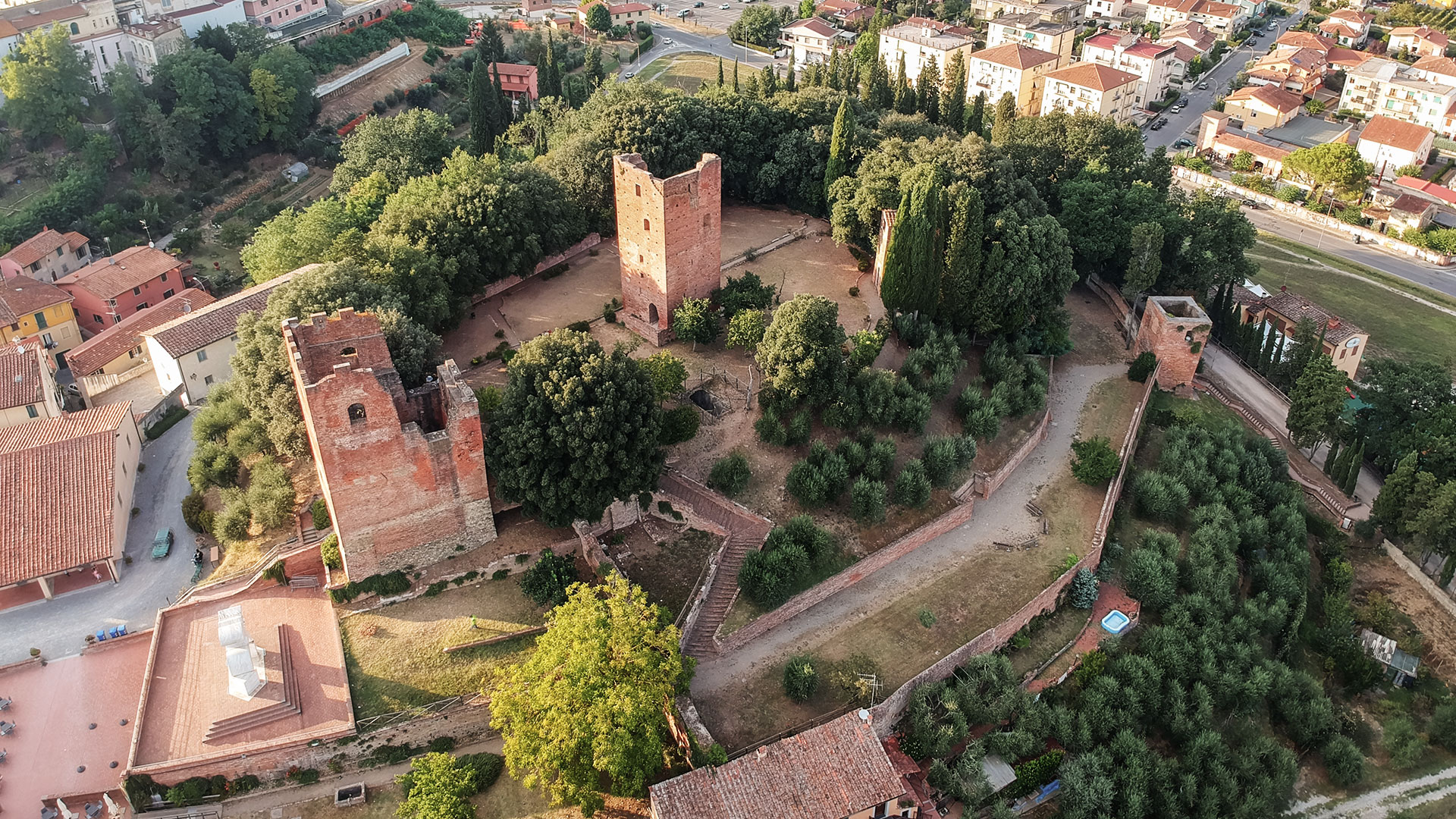 Founded in 1969 was reopened in 2004 in its new location in the Palazzo Corsini next to a large park that preserves the remains of the early medieval castle of Salamarzana and the 14th-century Rocca Fiorentina Fortress. The collections are arranged over three floors of the Palazzo in three sections: Archaeology, Historical-Artistic, and Natural History…