Museum of the Arciconfraternita della Misericordia

The collection of the Arciconfraternita della Misericordia is housed in the historic Palazzo Roffia, a late 16th-century aristocratic building in typical Tuscan Renaissance style with a white plastered facade and stone mouldings that adorn the door and windows.

The museum is housed in a large room on the first floor of the building and consists of a large number of works of art, sacred vestments and devotional objects related to the institutional functions of the Arciconfraternita. These objects enable the visitor to retrace the history of this important institution, which for centuries has been close to the community of San Miniato.

Among the objects connected with his work caring for the sick, one should note the ancient horse-drawn ambulance dating back to the 19th century and the 18th-century street lamps, still used today for major religious occasions. The collection also boasts precious reliquaries – including one relating to the stole of St Charles Borromeo, which came into the collection because of the familial ties linking the Borromeo and Roffia, and also the precious works of art from the Middle Ages, Renaissance, and Baroque.

Among the works on display is the wooden group of the Deposition, consisting of the figures almost at natural height of Christ, the Virgin and St. John. This work comes from the vestry of the chapel of the SS. Trinity and can be dated to the end of the 13th century. By contrast, the panel painting of the Coronation of the Virgin, which comes from the ancient Oratory of Santa Maria del Fortino, is dated to 1480 and has been attributed as the work of Domenico di Zanobi, a pupil of Filippo Lippi. Also of priceless value is the Madonna and Child by Francesco Lanfranchi, also known as lo Spillo, brother of Andrea del Sarto. The work dates back to the third decade of the 16th century, when the painter worked on the tables of the tabernacle of the Oratory of Loretino. 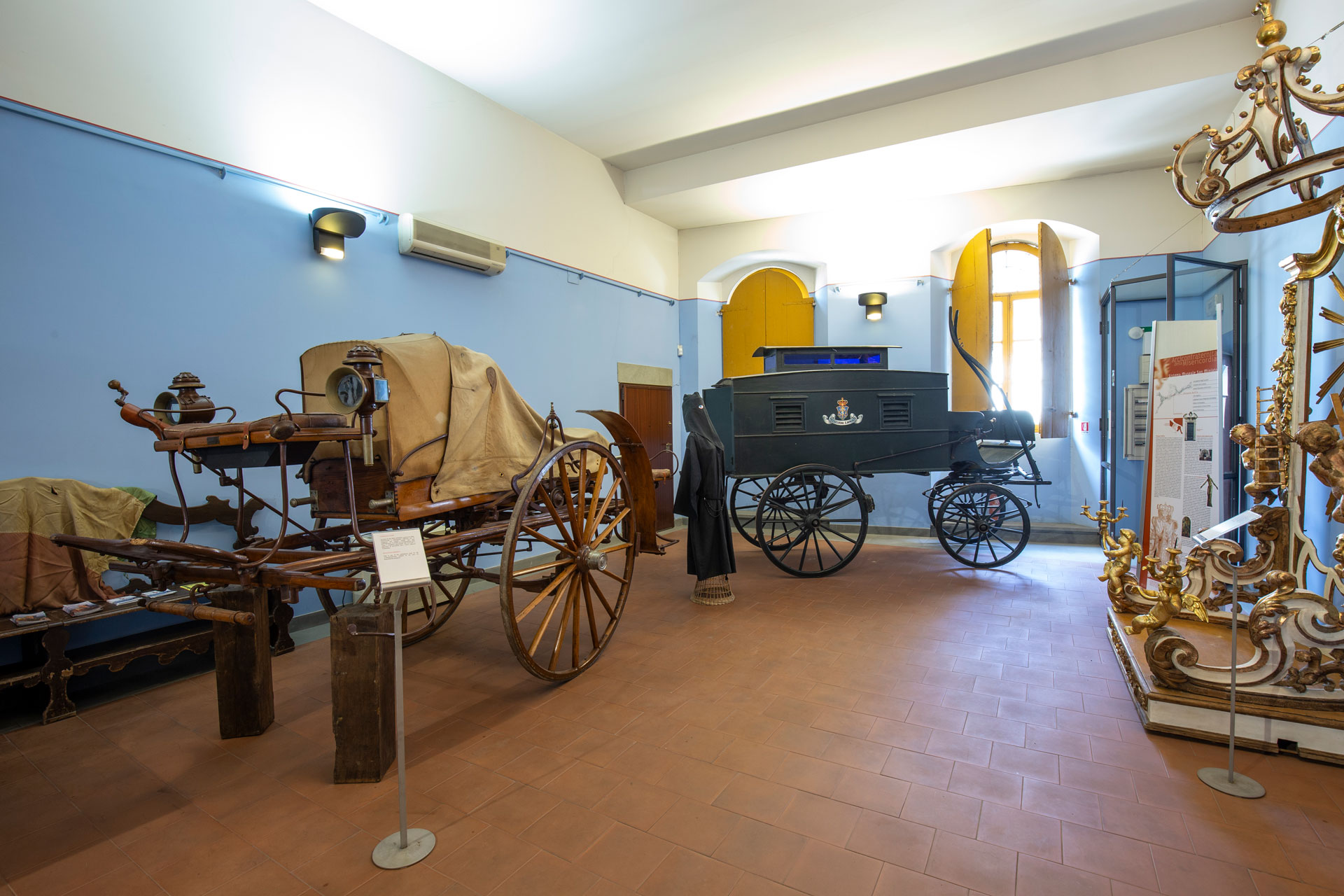 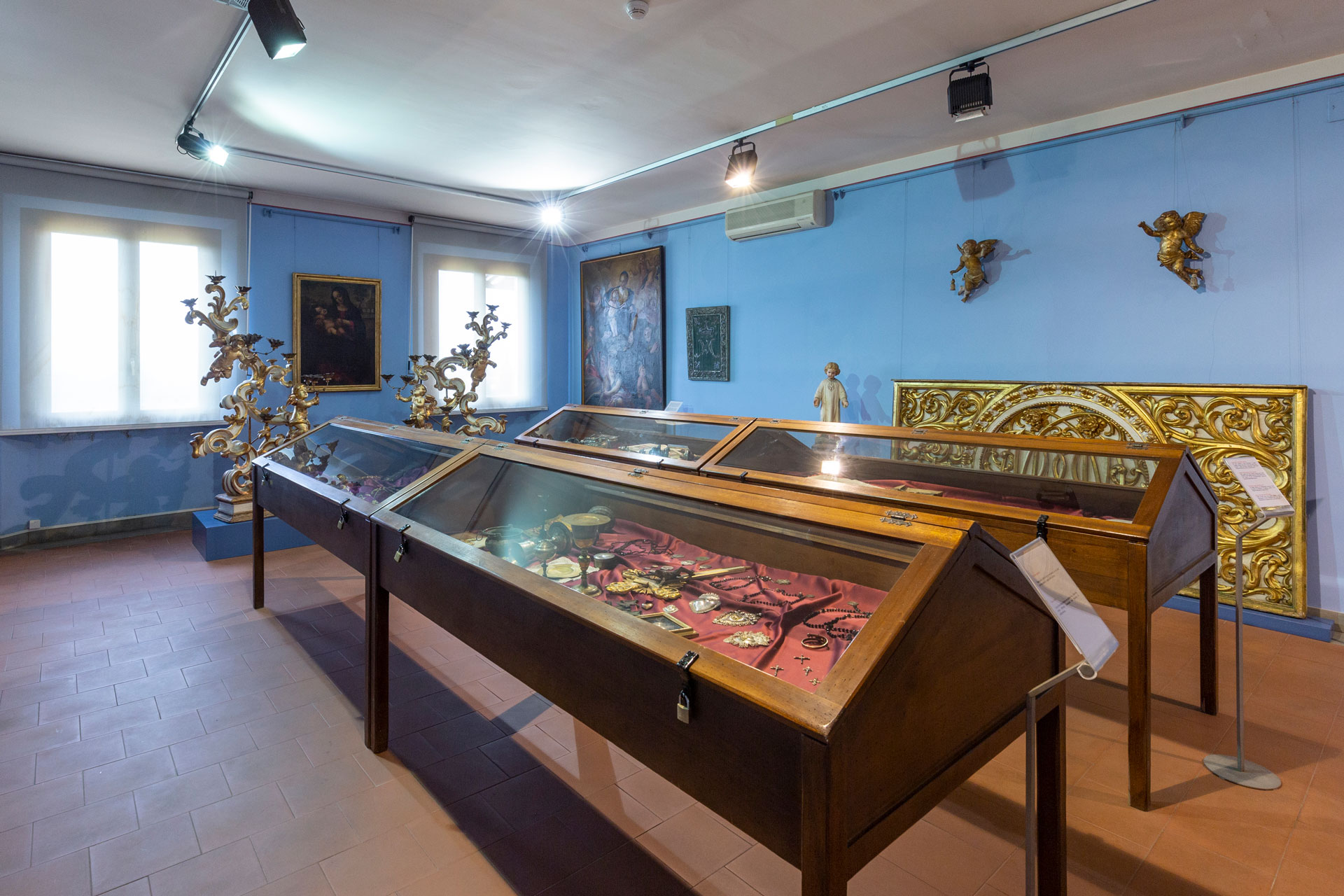 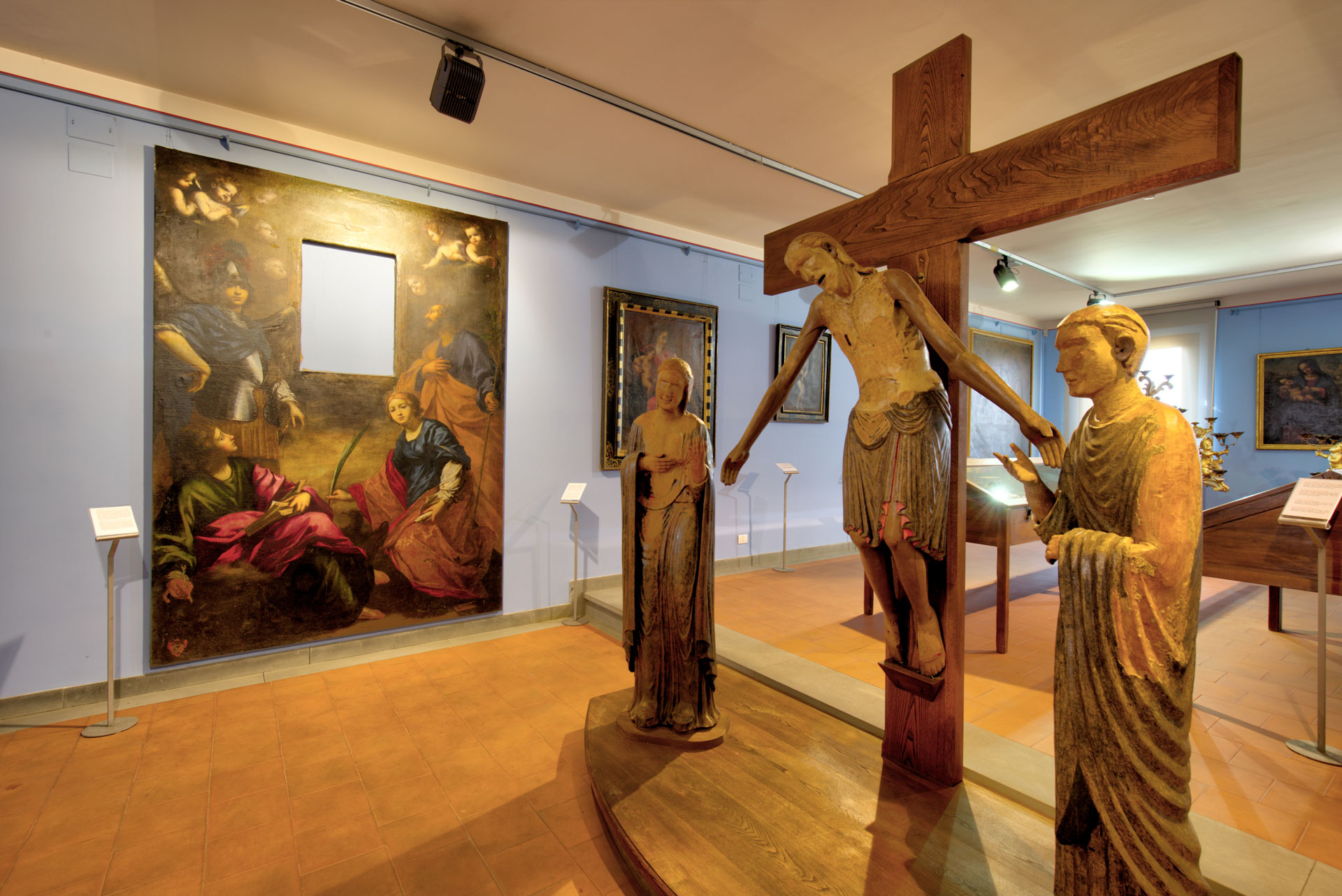 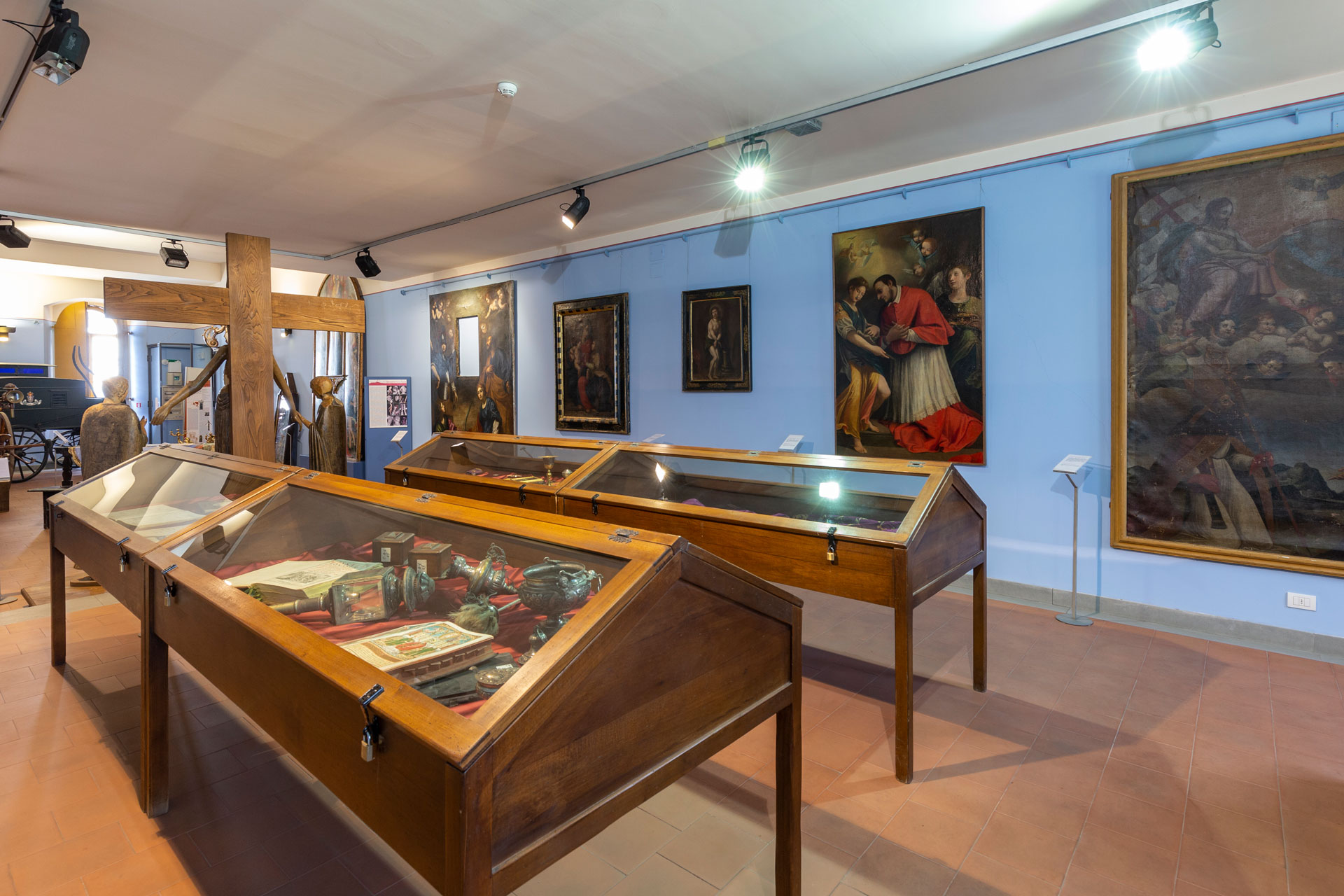 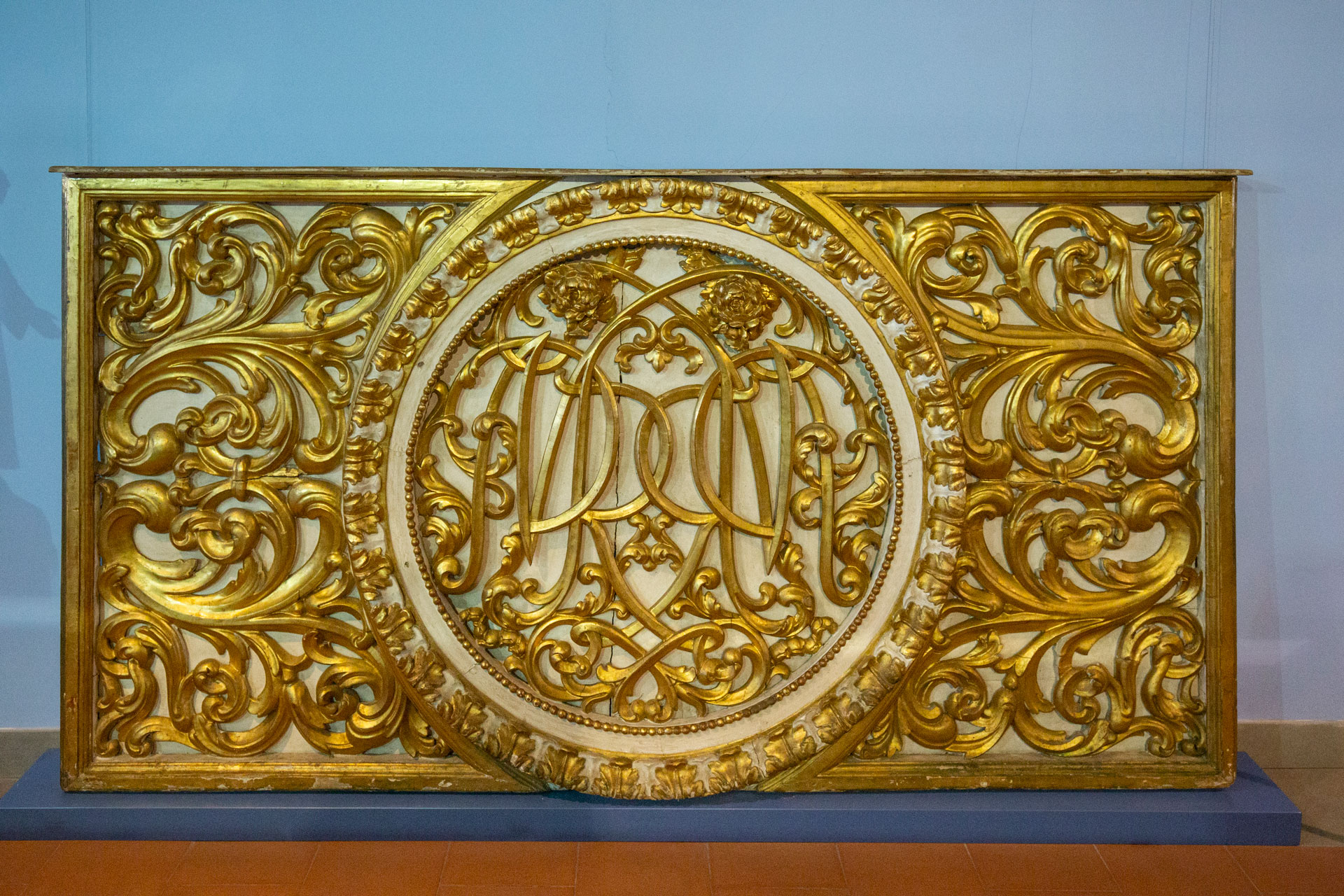 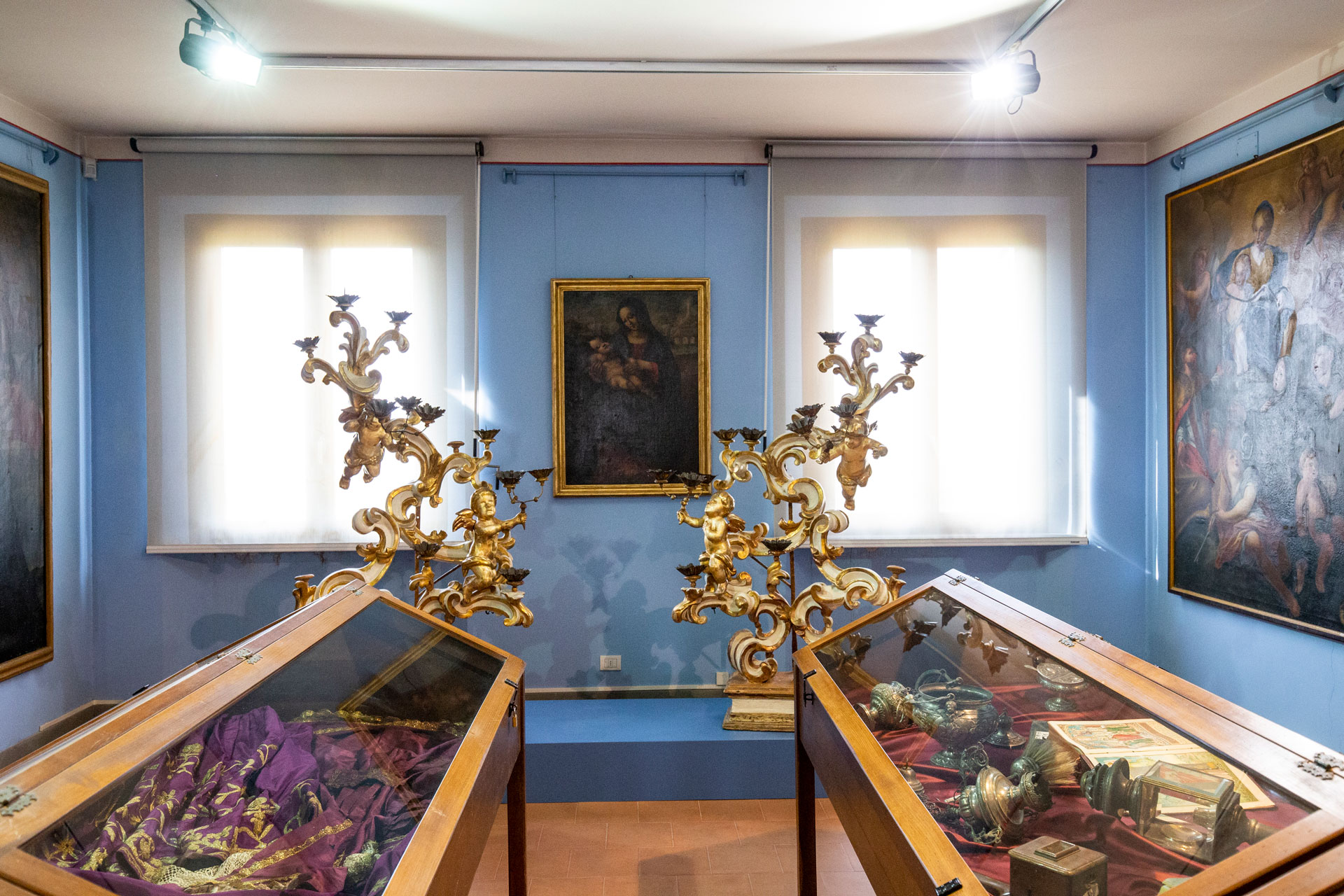 January December
By reservation (at least one day in advance)