The Educational Museum on the Civilization of Writing

The Educational Museum on the Civilization of Writing traces the key stages in the history of writing mainly using faithful reproductions to document the evolution of the various types of medium that have preserved written works. The Museum, designed especially for primary and secondary school students, offers a series of workshops that help them learn about the use of writing in everyday life from antiquity to the present day. The children in the workshops can use, touch and manipulate the objects and tools on display and by playing with them they can become scribes, amanuenses, and stonecutters for a day. In addition to more general teaching courses on the history of writing materials, symbols, handwriting, and alphabets, there are other more specific ones that go into greater depth on Egyptian and Etruscan writing, the medieval scriptorium, and the printing press. The Museum of Writing also offers a specific laboratory for the experimentation of rock paintings, focusing on the evidence left by humans before the invention of writing. In the Museum there is also a section dedicated to the History of Numbers where you can reconstruct the development path of numbers in antiquity. When did the humans start to process numbers? How were numbers written in Mesopotamia or ancient Egypt? Where and when were the numbers we use today invented? And by whom? Just like the history of writing, that of calculation and numbers is a history of gradual inventions stretching over several millennia. Visitors to the Museum can learn about the numbers in antiquity, the various rules of calculation and then put them into practice by taking an active role in the educational sessions and taking part in historical and logical-mathematical games. The setting for these activities maintains the educational tone already evident in the zone dedicated to writing, reflecting its aim to make the history of numbers more fascinating and easier to learn. Finally, in the Museum there is a section on the Measurement of Time where visitors can learn how ancient civilizations measured the passage of time. The need to control the flow of time has always been innate in human beings from primitive humans, who probably used their own shadow as an instrument for measuring time (human gnomon) and who, by the same principle and for the same purpose, made use of monumental obelisks in antiquity. As well as the working gnomon, the visitor can also view the working sundial, scafos, merkhet and powder and water hourglass – all faithful reproductions of the original. 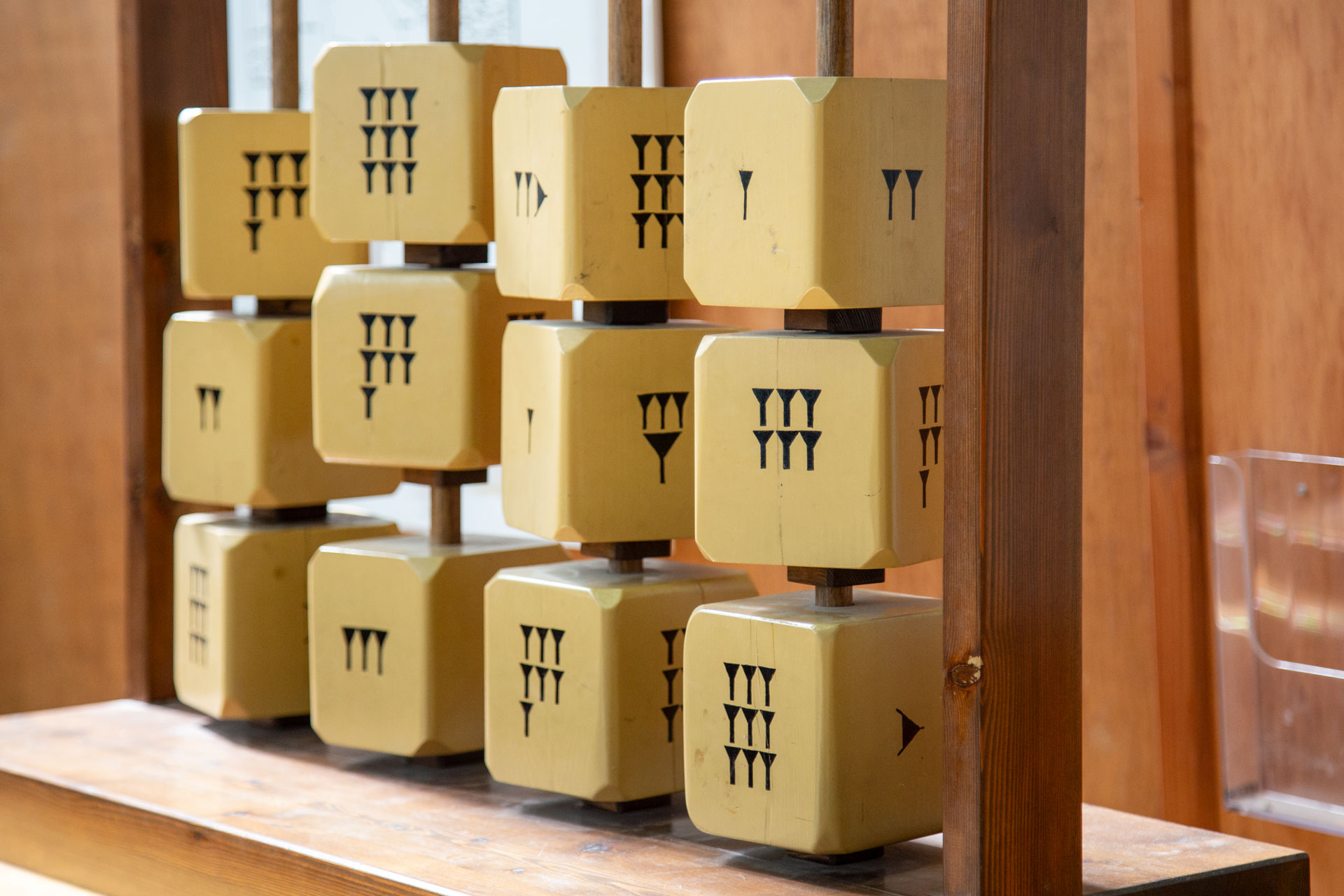 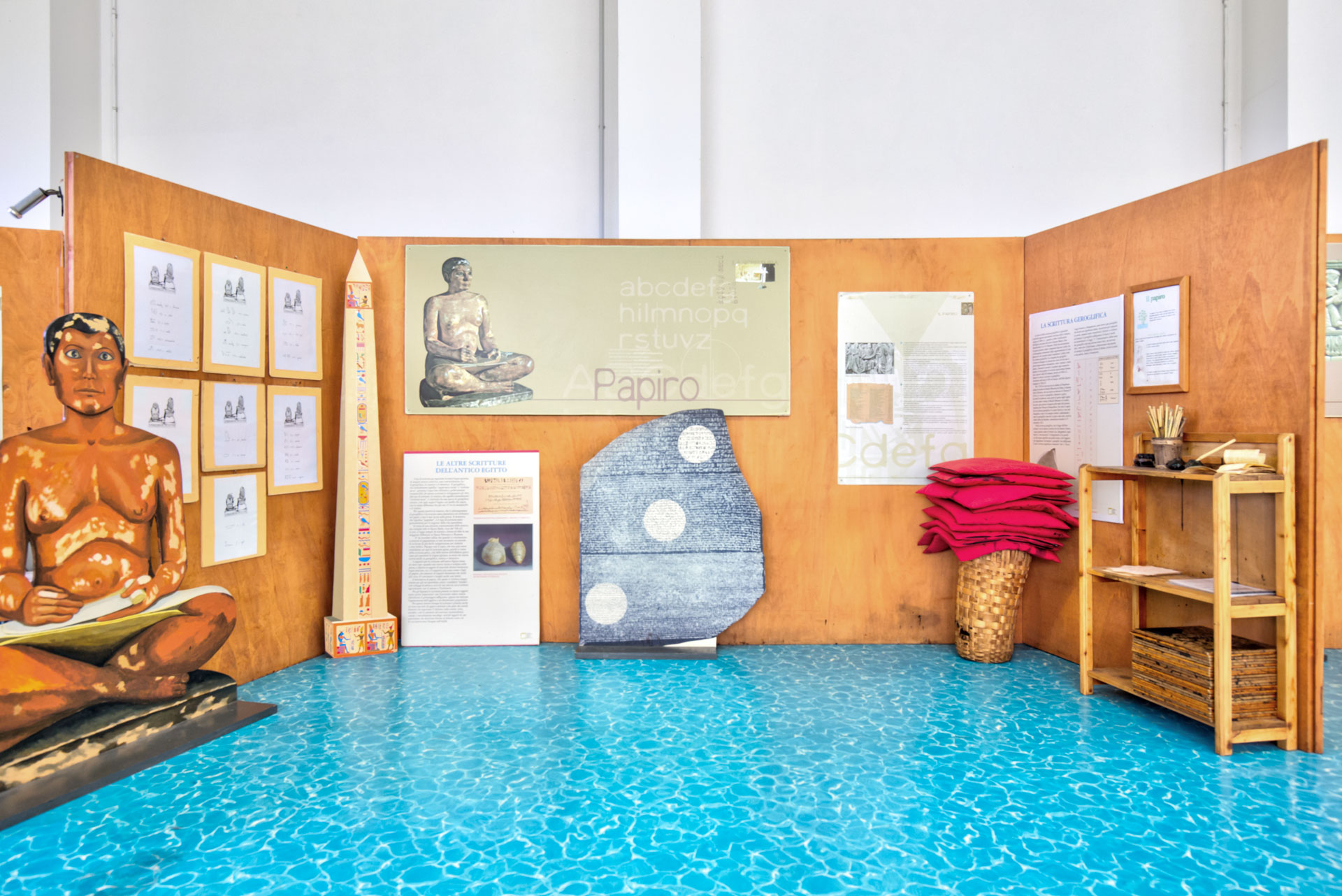 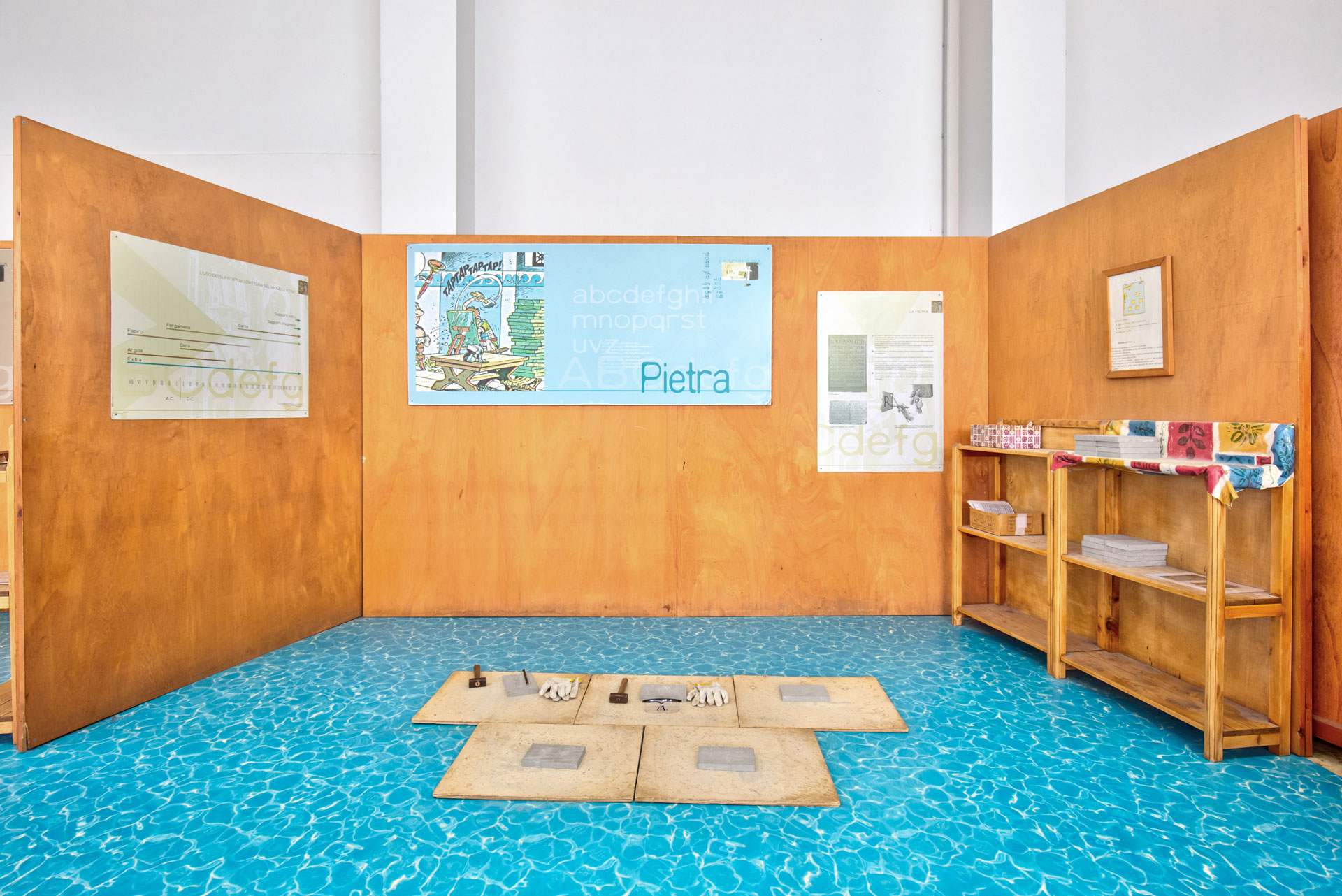 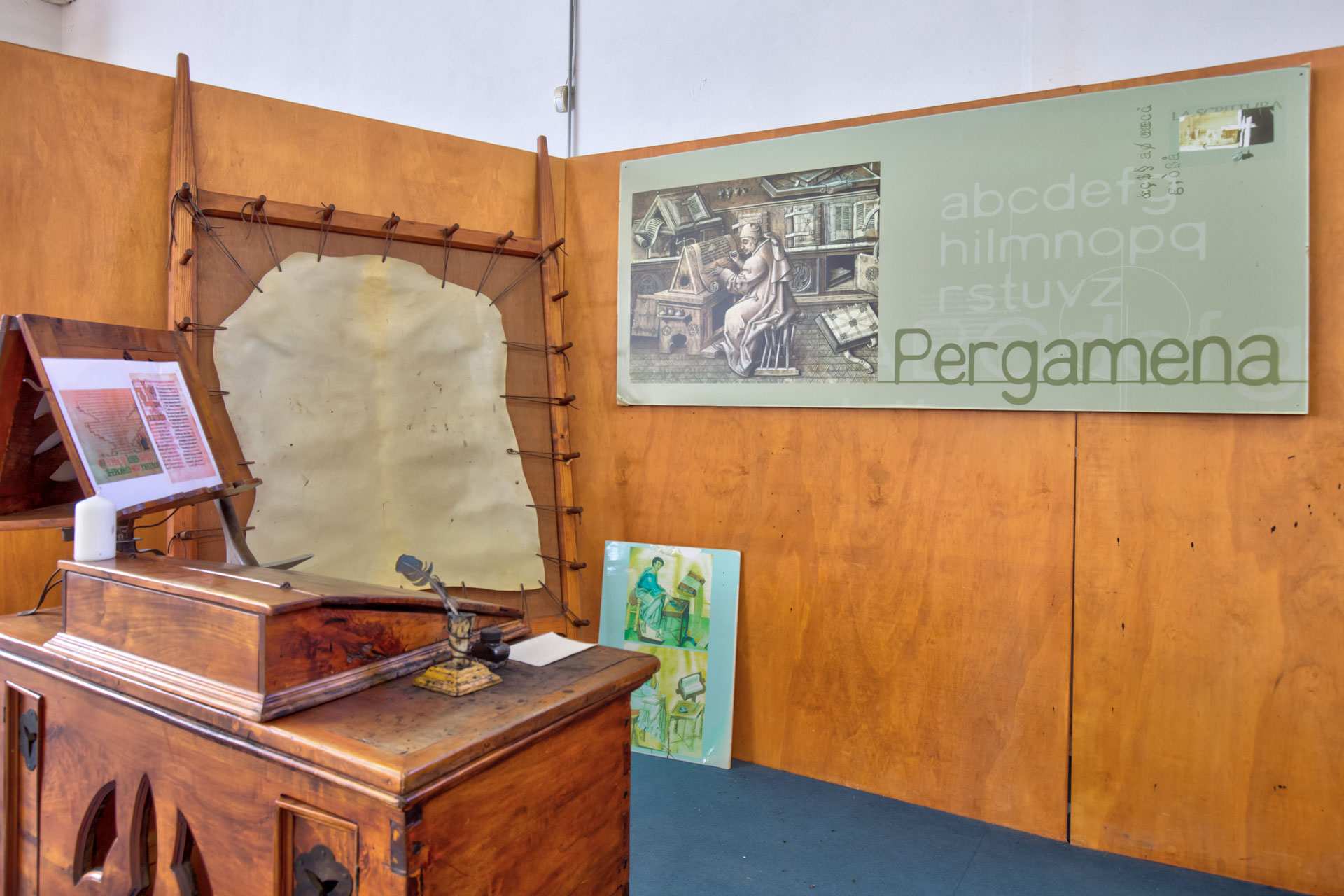 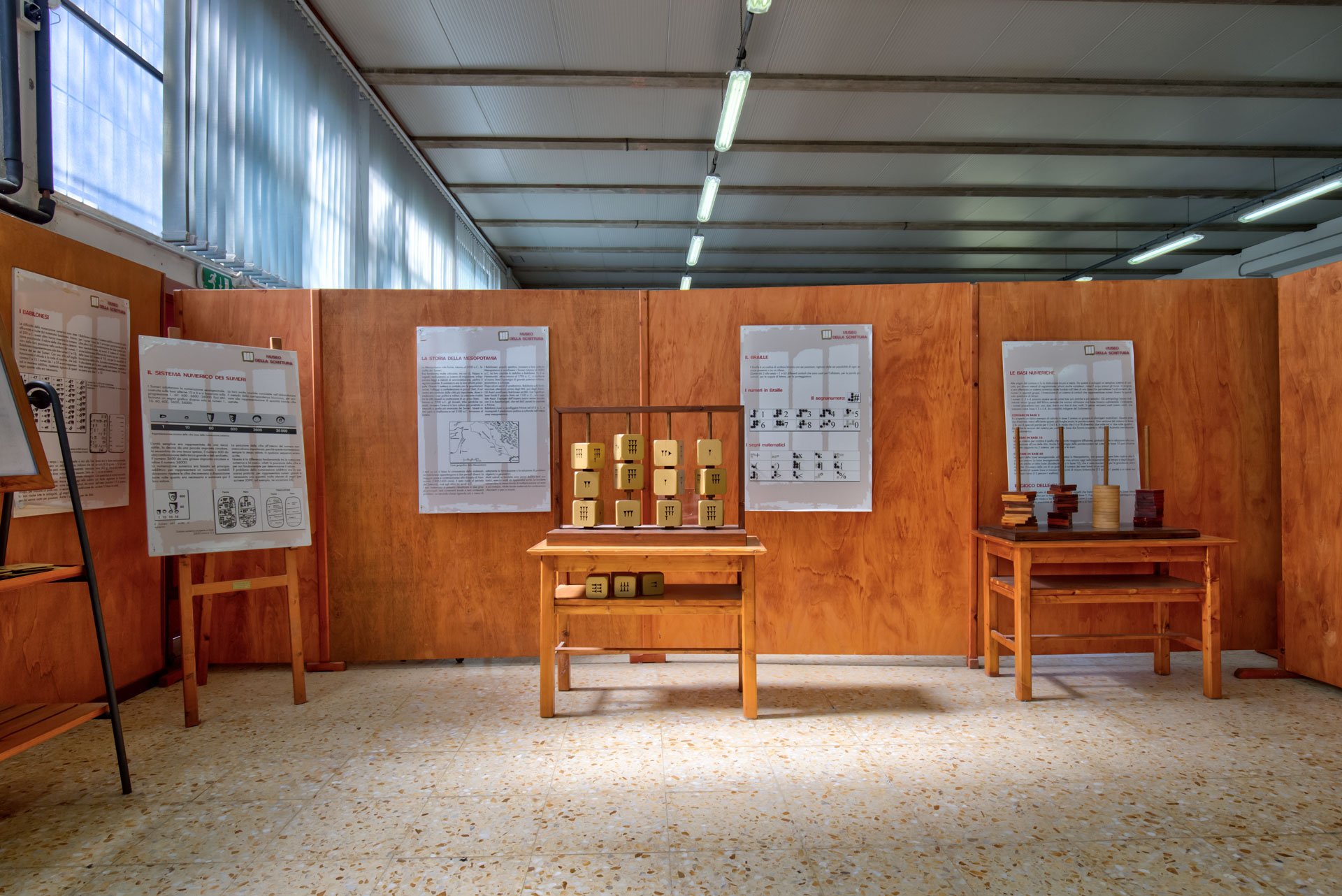 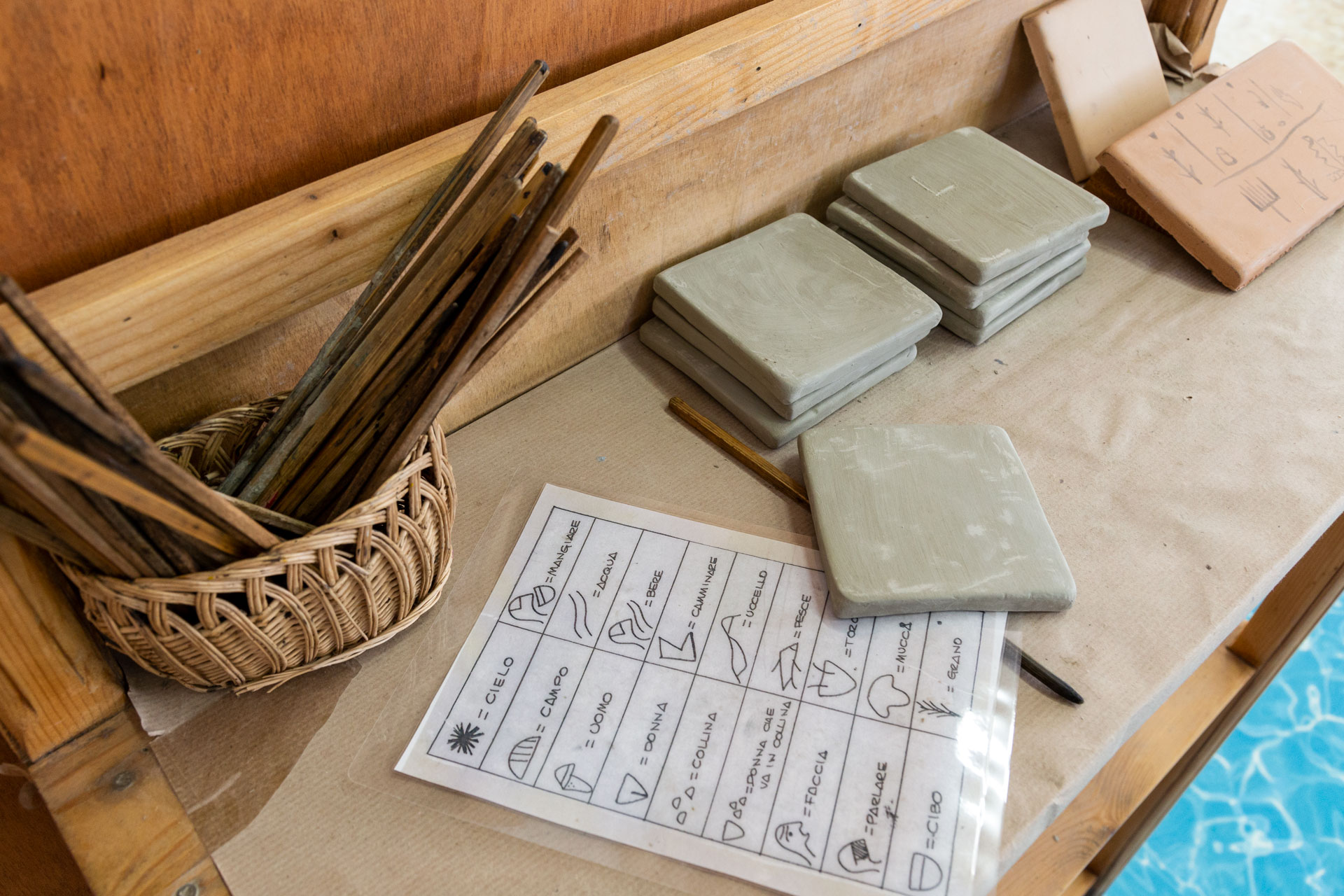 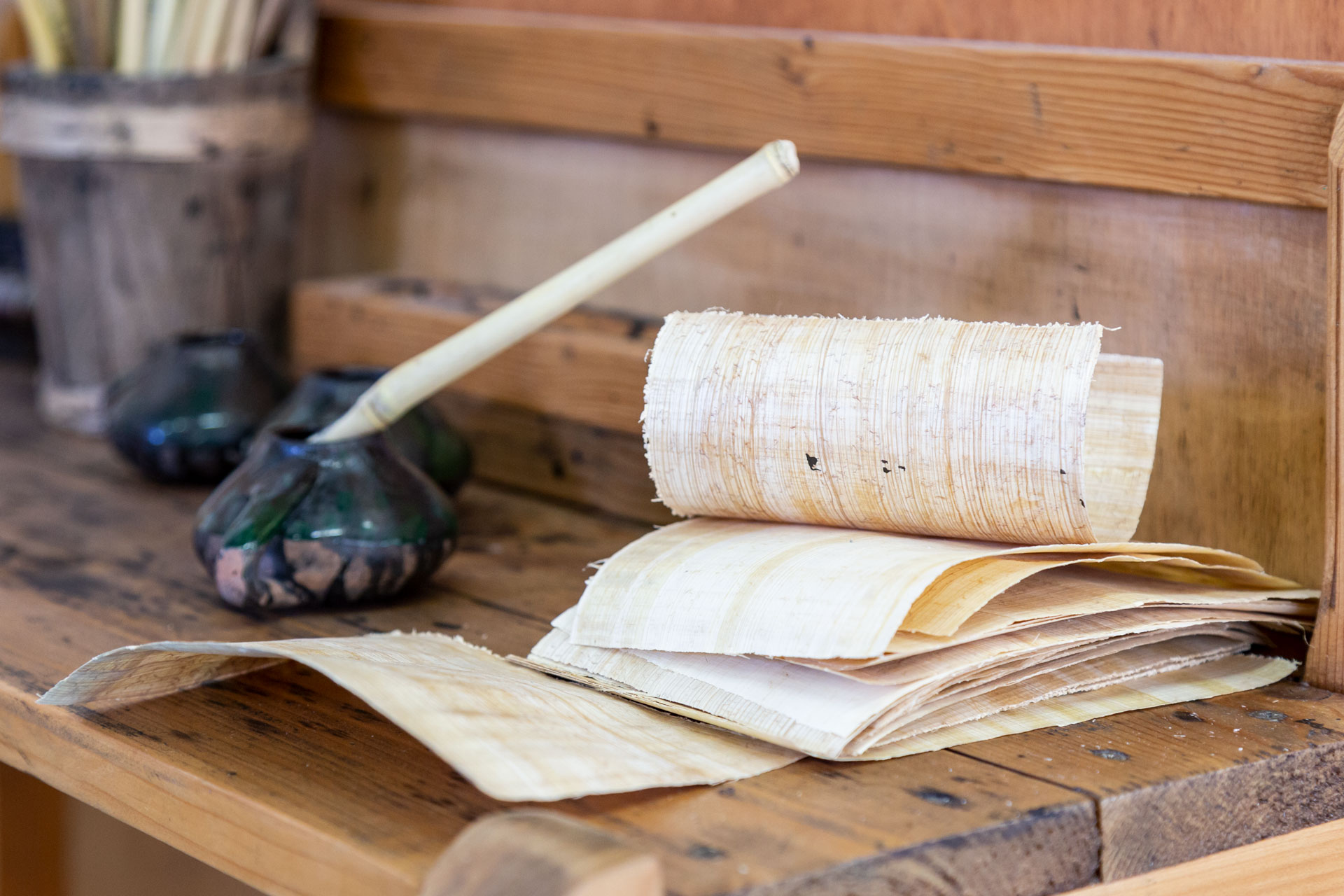 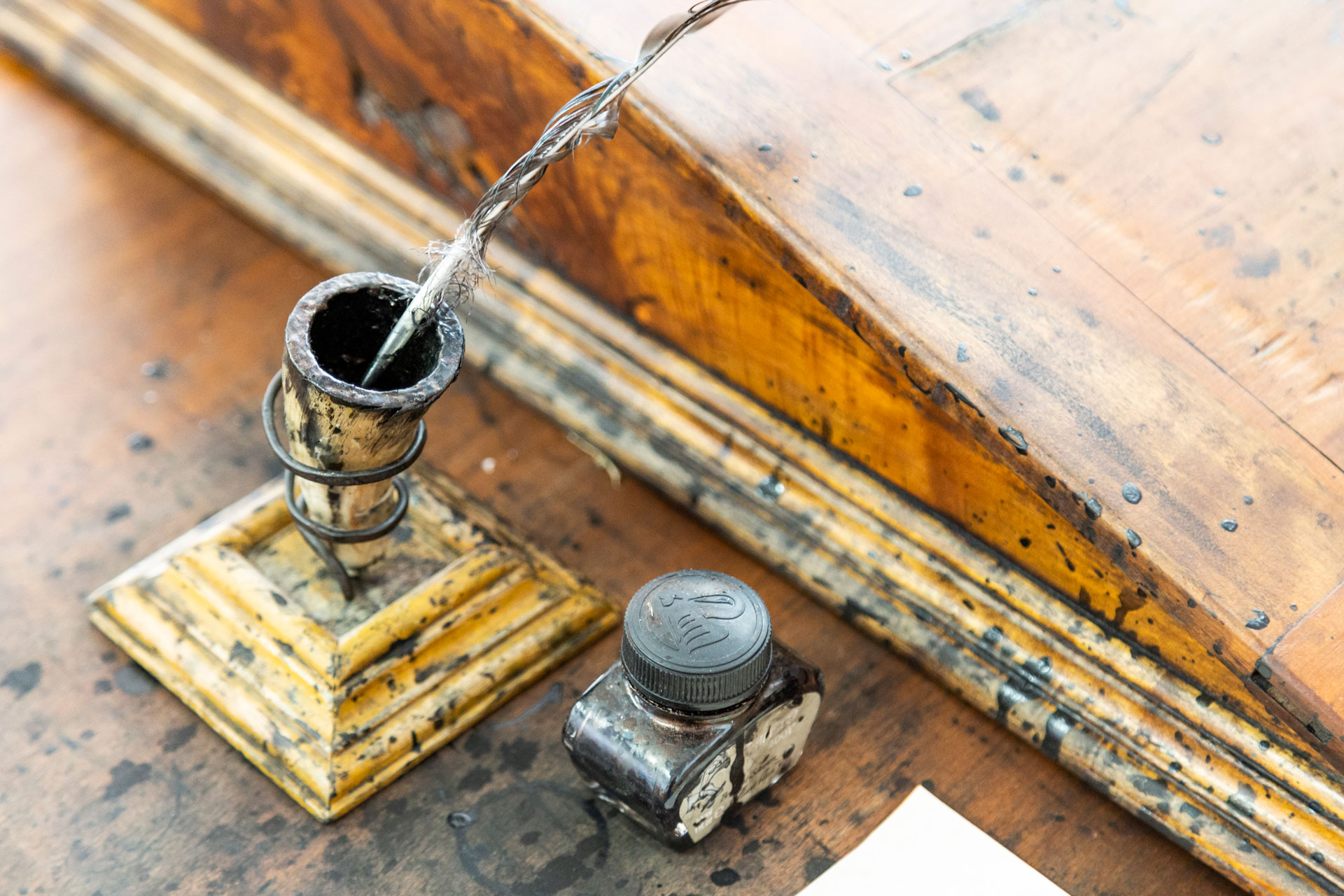 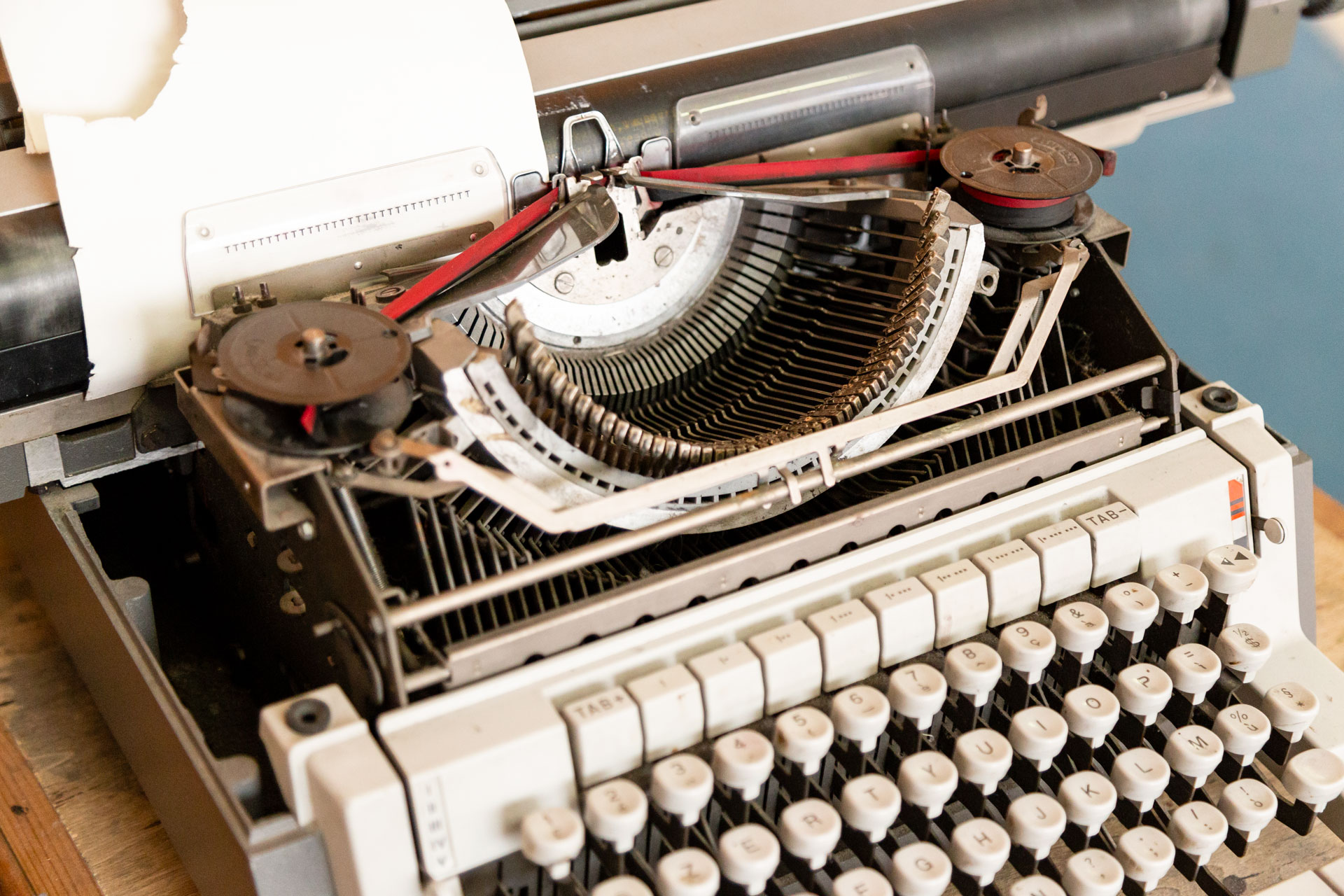 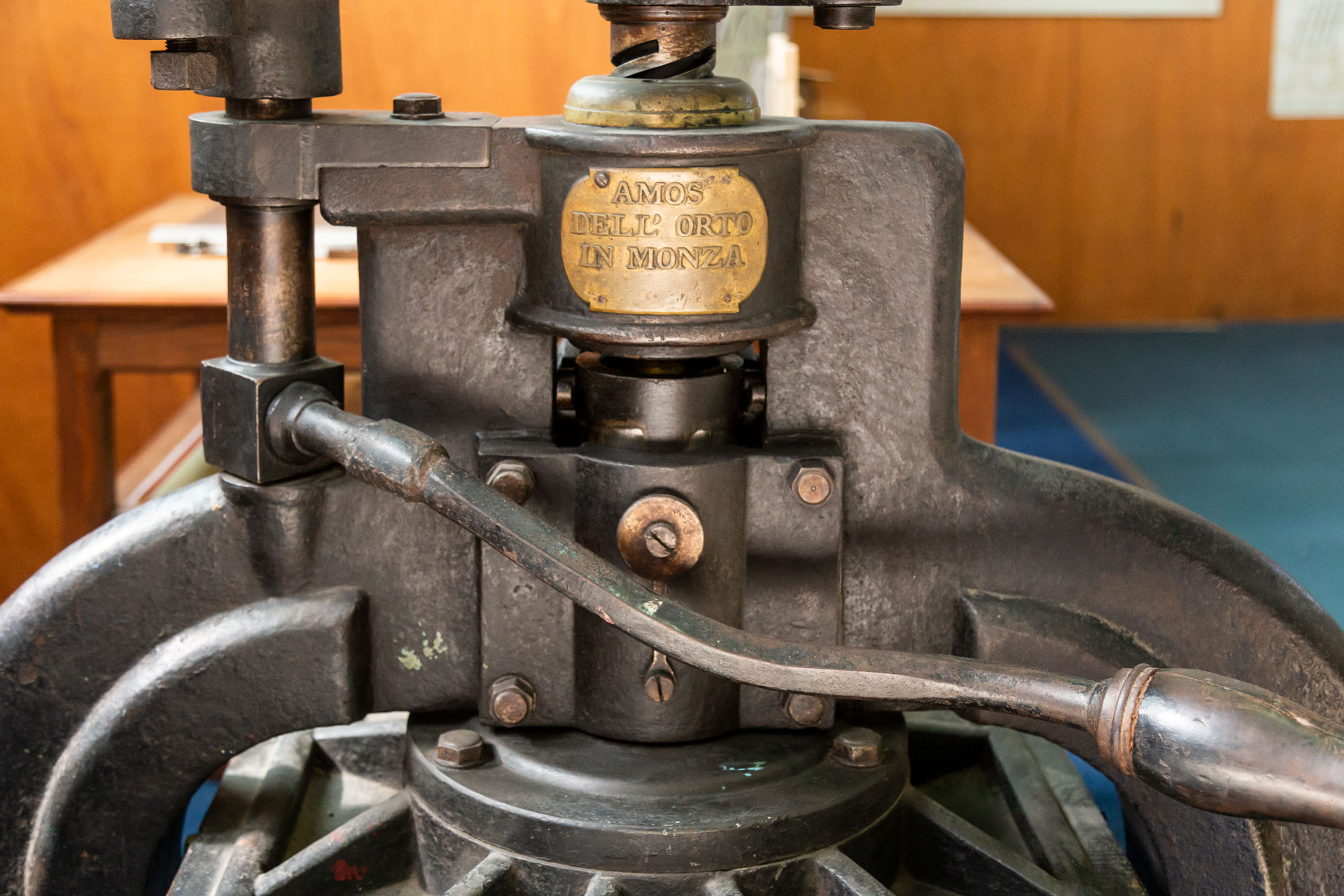 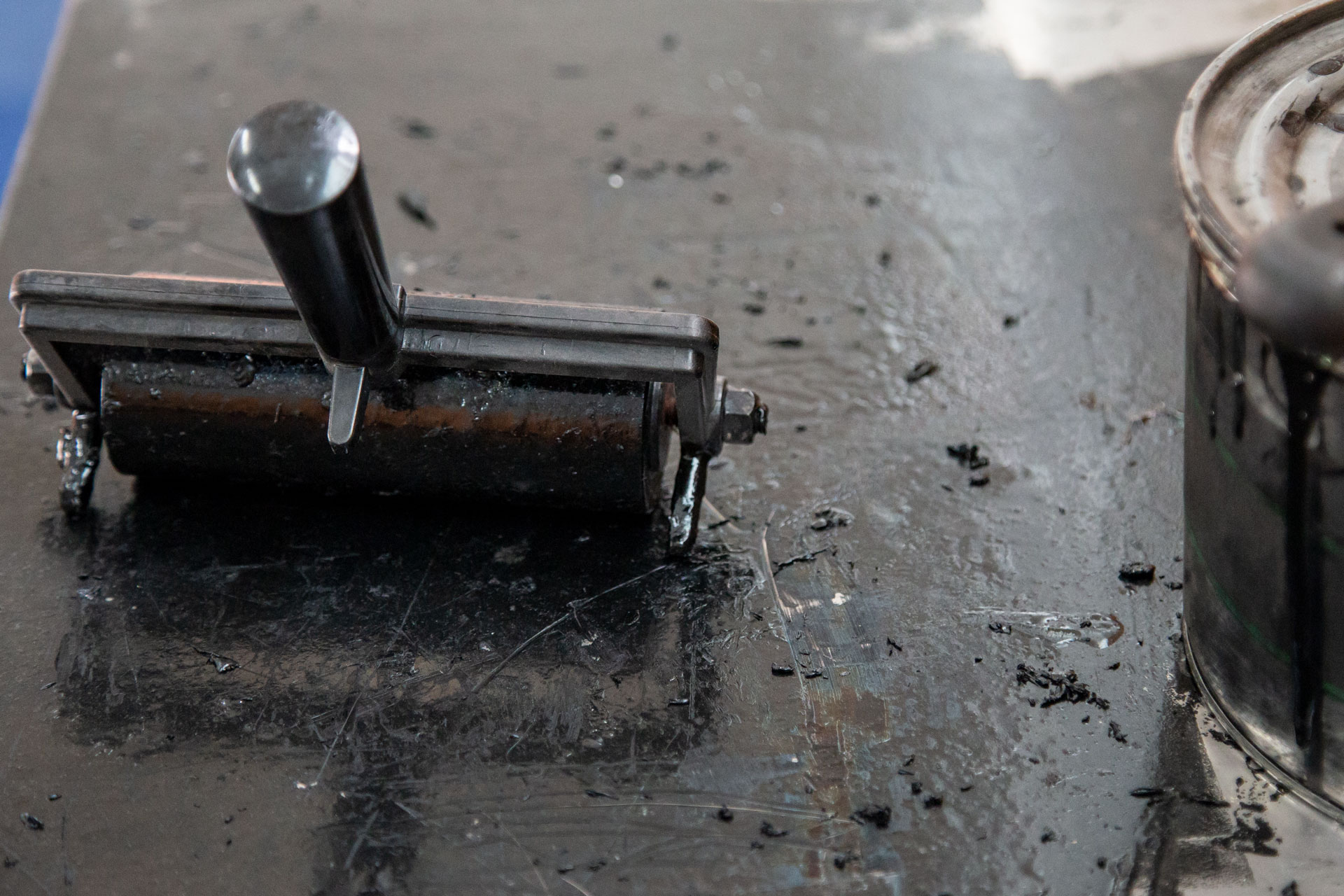 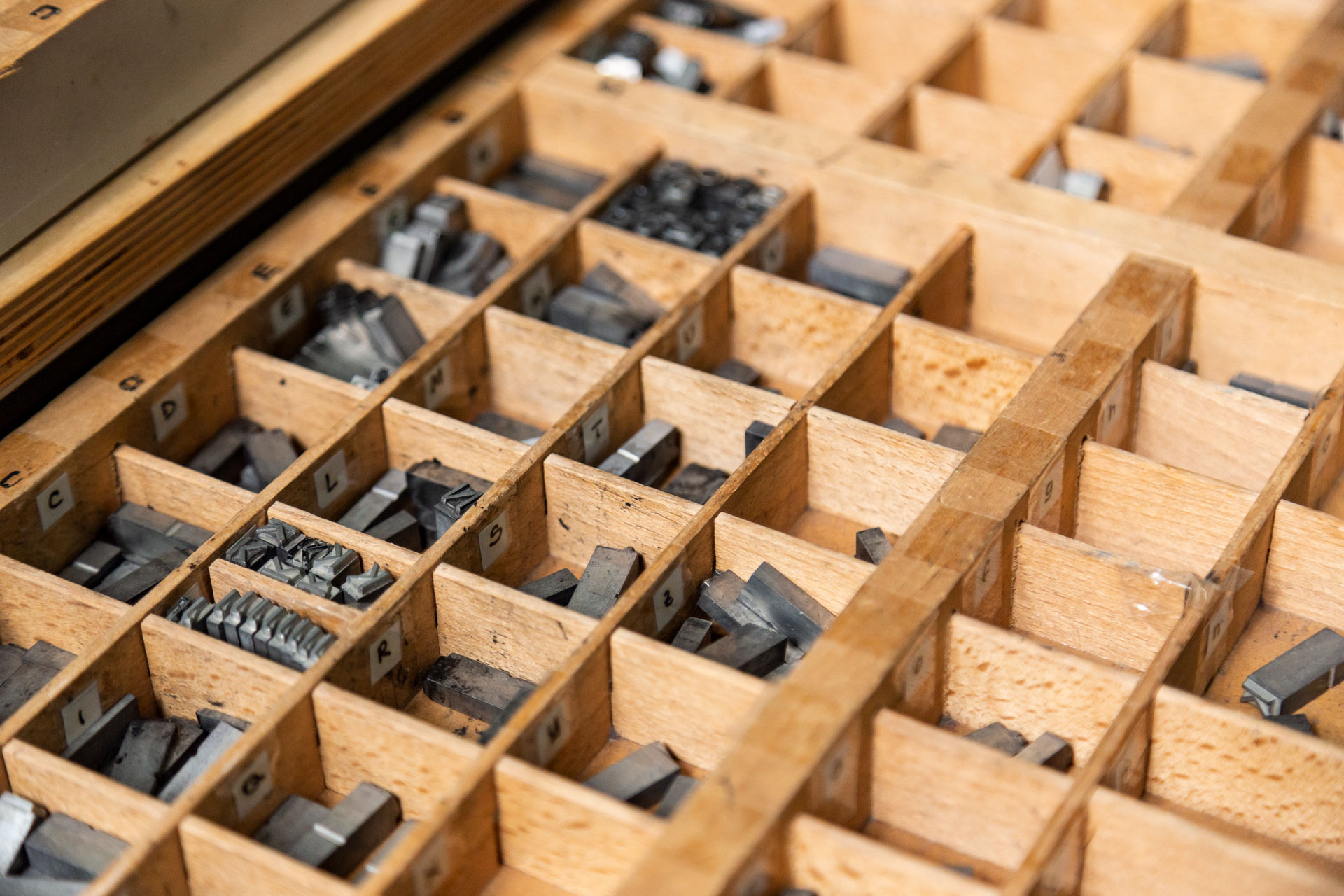 The Museum is located in San Miniato Basso in v. De Amicis, 34.
Train: In San Miniato Basso there is the railway station Firenze-Pisa and at the exit of the station it is possible to take a bus stop 150 meters from the museum;
Car: SAN MINIATO exit on the Fi-Pi-Li highway
The museum is open for schools from Monday to Saturday morning by reservation from 9.00am to 1.00pm and from 2.00pm to 6.00pm

It is also possible to send an email to the address: museo.scrittura@comune.san-miniato.pi.it.